IN SHANSHAN County in the western region of Xinjiang, efforts in May to promote “ethnic-harmony education month” were declared a success after official lecture teams delivered more than 100 speeches on the topic to 80,000, mostly Muslim, residents. On June 26th it became clear that their hard work had failed, as 35 people were killed in Shanshan in the bloodiest outbreak of ethnic violence in Xinjiang for four years. The government, as usual, has blamed Islamic terrorists. 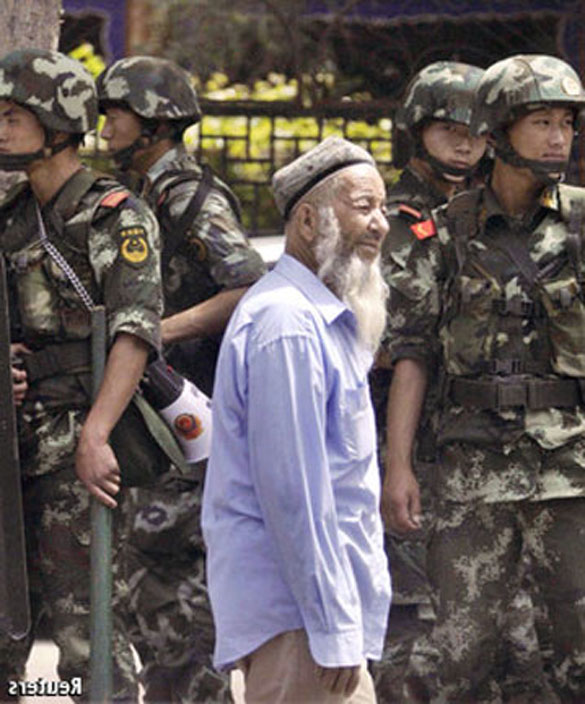 The unrest, in Lukqun Township, near the oasis city of Turpan, was followed two days later by another violent incident 1,000km (600 miles) to the south, near the city of Khotan. Details of both events are sketchy. Officials say that in Lukqun 15 knife-wielding members of a “violent terrorist gang” rampaged through the town after one of their associates was arrested. They are said to have killed 24 people before police shot dead 11 of them. In Moyu county, in Khotan prefecture, about 100 people riding motorcycles and armed with knives attacked a police station, according to an official newspaper.

Coming just days before the fourth anniversary on July 5th of ethnic unrest in Xinjiang’s capital, Urumqi, that left nearly 200 people dead, these latest incidents have clearly unnerved the leadership in Beijing. On June 28th President Xi Jinping called a meeting of the Politburo’s standing committee to discuss Xinjiang. The committee demanded a “resolute strike” against “violent terrorist forces”. Two Politburo members—domestic-security chief, Meng Jianzhu, and head of minority affairs, Yu Zhengsheng—were dispatched to the region. On June 29th Mr Meng presided over a large parade through Urumqi by paramilitary police with armoured vehicles. A similar show of force was staged on July 1st in a county town near the city of Aksu, with regular army troops joining in. Such military involvement is rare.

Global Times, a Beijing newspaper, quoted an unnamed anti-terrorism official as saying that since last year nearly 100 ethnic Uighurs (Xinjiang’s largest minority) had gone to Syria to fight alongside rebels to hone their “terrorist skills”. But in spite of efforts to link Xinjiang’s violence with Islamist forces abroad, there is little evidence of any organised links.

Spontaneous anger triggered by heavy-handed controls on religious expression is probably a bigger factor than officials are prepared to admit. In Turpan, the prefecture to which Shanshan belongs, the authorities have been waging a campaign to persuade Uighur men not to grow long beards and women not to wear the veil or other Islamic clothing. Those living in neighbourhoods where all residents comply are given preferential access to loans and government-sponsored job-training schemes. They can also obtain government subsidies for funerals and weddings. Even the sale and manufacture of the Jilbab, a full-length outer garment worn by Muslim women, has been banned.

Such measures are often ignored. In Khotan women can often be seen with their heads or faces covered. Long beards are the norm for older men. But a Uighur taxi driver says the authorities have been getting tougher in recent weeks. He says employees at his company were told in May that they could be fined 5,000 Yuan ($815) for picking up passengers wearing face-coverings that reveal only the eyes. If they do so a second time, they could lose their jobs. He says his company does not employ men with long beards. Khotan residents say a deadly eruption of violence in the city in July 2011 was prompted by anger over restrictions on Islamic dress.

The authorities seem unmoved. In response to the violence, 200 staff at a hospital near Aksu met to criticise the attackers. The facility’s Communist Party chief, a Uighur, called for increased security. Those wearing Islamic clothing and long beards would be targeted, he said.