Qaumi Jirga: Isn’t the Constitution of Pakistan Our Social Contract?

I had the honour of attending a representative assembly (Pashtun Qaumi Jirga) of the Pashtun leaders of various shades of opinions, held in Peshawar under the auspices of the Awami National Party (ANP) on March 10. The jirga deliberated upon various issues faced by the Pashtuns in the region. A charter of demands containing 21 points and the formation of a committee to monitor the implementation of these demands was the final outcome of the Jirga. 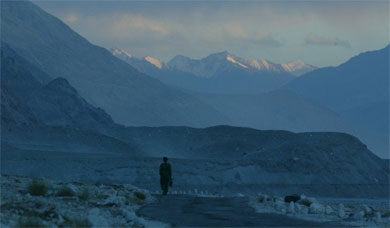 The demands ranged from repatriation of all internally displaced persons (IDPs) to the recovery of all missing persons, and the due share of Khyber-Pakhtunkhwa (K-P) in national income such as net hydel profit. The charter of demands is in fact a reiteration of the grievances of the Pashtun population expressed through various fora in the past as well. This latest jirga, where prominent political leaders assembled keeping their party politics aside, provided a new commonly shared identity to that section of the population which has borne the greatest brunt of the regional war.

All the demands included in the charter are all based on the law of the land and hence no one can find any fault with them. There were some demands for a new social contract which to my mind needs better elaboration. Who are the contracting parties and where do they draw their legitimacy from to become a party? Isn’t the Constitution of Pakistan our social contract? One participant sitting behind me whispered a very fundamental question that the speakers chose to ignore in their speeches. “Can those questions and grievances be addressed without taking up the main question of the civilian supremacy within the political system?” Perhaps in his one question there were many inter-related questions, like: “Is there a constitutional rule in the real sense of the term and does the civilian government independently crafts the national policy?”; “Do all the institutions of the state operate within the parameters of the Constitution?” and “How can democratic dreams be realised when almost all political parties bow down to the dictates of the outside forces by enacting laws that run contrary to democratic ethos?”

Some independent analysts also asked who the demands have been made to. The declaration had made the use of the term “state”. What does that word mean? In political science textbooks, ‘state’ is a composite of four elements: territory, people, government and sovereignty. Why were the demands not addressed to the government? If any particular organ of the government was the addressee, why was it not named? Is the overarching concept of state being equated with an organ of the government? Since all these parties enjoy representation in parliament, would these demands and associated questions also be raised with one voice over there?

All such questions may be difficult to answer but the fact is that the simmering feeling of deprivation and deep-rooted feeling of being used as pawns in the Great Game to appease superpower politics is gaining strength across the whole Pashtun belt. This overall prevailing sense of alienation, particularly among the youth of the area, has forced all the parties to harp on the same string, lest they become irrelevant in the political geography of the area.

The lessons drawn from the history are that solidarity through centralism and imposition of political unity from above had always ended up as disruptive and counterproductive. What is needed is the equitable distribution of resources among all classes and regional units. In this context, federalism as a system that addresses all issues of cultural identities and provides a mechanism for the resolution of disputes between the federation and the provinces or among provinces. Fortunately, Pakistan is a federation proclaiming to be a democracy but unfortunately even settled issues have been put on the back burner. In this regard, the announcement of the National Finance Commission (NFC) Award every five years, the formula for resource distribution on population, poverty, revenue generation and inverse population density, arrears owed to K-P on net hydel profits and to Balochistan on gas development surcharge, fundamental rights, due process of law, independence of judiciary and mainstreaming of merged tribal areas through socio-economic development are well settled issues. Unfortunately, there doesn’t seem any active resolve for the actual settlement of these issues.

The concerns expressed in the declaration are expressions of the internal conflicts of a society based on exploitation by the mighty of the weak. We need to be mindful of the fact that an inequitable social order maintained through ideological and coercive means does not last long. The artificial consensus based on the acceptance of the values, expectations, and conditions imposed by the ruling elite fizzle out in due course of time. With worsening socio-economic conditions, a new consciousness develops against exploitation resulting in a social revolution. The ruling elite must not forget the Magna Carta, the French Revolution and the Communist Revolution of 1917 in Russia. Therefore, it is high time to assess the pulse of the people who feel they are being exploited not only under proxy wars but also by the ruling elite. The best way of resolving the conflict is by adhering to a constitutional order based on democratic values. This requires all organs of the state to function within the parameters of the Constitution. The federal government also needs to release funds to the provinces and amend rules of businesses in accordance with the spirit of federalism as enshrined in the Constitution.

Syed Akhtar Ali Shah is a former secretary to the Home and Tribal Affairs Department and a retired IG. He holds a PhD in Political Science and currently heads a think tank, Good Governance Forum.