From Pakistan to Lebanon, passing through Bahrain and Yemen and Syria; political tension and violence are attributed to sectarianism. Believed to be driven by an age-old animosity dating back to the feud over the transfer of power after the Prophet's death, the schism between the Muslim-majority Sunni and the Muslim-minority Shia is dominating the centre stage.

Many analysts and so-called "experts" compete in providing little more than primordialist analyses, supposedly, to help us understand the Sunni-Shia conflict. Whereas some have claimed that the Sunni-Shia schism is dividing the world today, others have argued that, "the ferocious battle between Sunni and Shia is shattering the imperial borders drawn up a century ago". 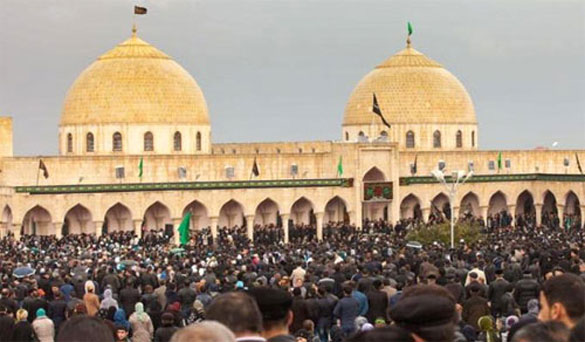 Speaking to the BBC, Iranian Foreign Minister Mohamed Javad Zarif said that the sectarian strife between the Sunni and Shia is "the most serious security threat not only to the region but to the world at large". This tendency to depict the political tension as a sectarian one rooted in inflexible innately opposed identities, is reductionist, if not entirely misleading.

If sectarian identities alone are enough to create conflict and instigate violence, why hasn't this happened ever since those identities were forged and why did it intensify at certain times and not others in the history of the Sunni-Shia relations? If violence necessarily follows sectarianism, why has Sunni-Shia violence been more intense in countries like Pakistan and Iraq and almost non-existent in countries like Kuwait or Turkey?

The history of political conflict in the Middle East has often been understood in sectarian terms. For example, although the Ottoman-Safavid conflict was essentially a struggle over territory, power and economic interests; it has been widely framed and understood as a conflict between the Sunni Ottoman and Shia Safavid empires.

The modern "Sunni-Shia" discourse in analysing conflicts emerged in the late 1970s/early 1980s for many reasons. The flood of arms and funding by the US to Islamic Jihadi groups in Afghanistan in an effort to fight the Soviet Union created a fertile land for the flourishing of militarised Sunni groups, that later, were funded and supported by Saudi Arabia to expand and operate in different countries.

In the meantime, the Iranian revolution of 1979 succeeded in establishing an Islamic republic headed by a Shia who serves as the supreme leader of the government. The exportation of the Iranian revolution had clear and immediate outcomes ranging from the creation of the Tehrik-e-Nafaz-e-Fiqah-e-Jafaria (Organisation of the Jaafari Law) in Pakistan, to the establishment of Hezbollah in Lebanon in 1982. Although these parties' constituencies, in their respective countries, are predominantly Shia, their political behaviour has not always been "sectarianised": Hezbollah's political activity in Lebanon was seen as a "national" resistance against the Israeli occupation for more than a decade.

In a similar fashion, political conflict between countries in the region, were not always framed as sectarian. For example, the Iran-Iraq war of 1980-88 was not framed in sectarian terms mainly because the Baathist regime presented itself as an Arab nationalist regime and not a Sunni one. It is only with the decline of leftist and nationalist movements in the Arab region that a more sectarian discourse has started to arise. Whereas the so-called "Sunni-Shia" conflict has ravaged Pakistan and Afghanistan since the late 1980s; this discourse has only openly surfaced in the Arab World after the Iraq war in 2003.

The on-going Syrian conflict today deepened this divide and attracted extremists on both sides. Although the Syrian revolution started as a peaceful popular revolt against a dictator, it only began to take a sectarian turn this year. This can be attributed to many factors ranging from the rise of extremist Sunni groups backed by the Gulf states; to the involvement of Hezbollah, supported by Iran, under the pretext ofprotecting the shrine of Sayida Zaynab; and the decline of the initial secular movement that did not receive any regional or international support. It is interesting to note that although the Alawites are not exactly Shia, the framing of the conflict at the regional level still falls under the bigger Sunni v Shia discourse.

The alignment of interests and identities at the local level along with the dynamics of the regional scene - namely Saudi Arabia v Iran - made it possible to substitute political and sectarian identities. In other words, the boundaries of the sectarian and political identities became equal, making it possible for instance to use the terms "Shia" and "Hezbollah" or "Alawite" and "Pro-Assad regime" interchangeably. It is specifically in this trap that most analysts fall. Instead of exploring the complex and dynamic nature of the Syrian conflict that is essentially a conflict over power; many are busy redrawing sectarian maps and concluding that the conflict is essentially a sectarian one.

The Case of Lebanon

In a region that is known for its wide sectarian diversity, it is plausible to ask why the Sunni-Shia discourse has recently exploded to an extent that overshadows any other sectarian divide. In countries where political parties are based on clearly defined sectarian communities, and where two main communities are somehow equal in size or power, any political conflict can easily be turned into a sectarian one. Take for example, the Lebanese case.

Whereas the country had historically been divided along Christian-Muslim sectarian fault-lines, the Sunni-Shia schism has more recently replaced this old divide. The reasons for this are mainly socio-economic and political changes, however it has been framed in sectarian terms because Sunni and Shia communities are the only ones able to compete in terms of size and power.

Whereas the Druze community is heavily involved in the political conflict in Lebanon today, its political activity has not been reflected in the wider sectarian split since it forms a minority that can only be seen as an ally to the bigger Sunni or Shia groups. Similarly, many Christian-based groups in Lebanon are involved in the political life of the country; however, we no longer hear of the Christians in the wider sectarian discourse because the Christian community in Lebanon is divided along political lines making it less salient to describe their political involvements in sectarian terms.

Conflict arises between groups that can compete. The main determinant that can explain why a "Sunni-Shia" conflict surfaced in one country and not another, is the position of these sectarian groups within the power structure. For example, the politicisation of the Alawites in Turkey and in Syria, is very different.

The Alevi community in Turkey forms around 15 percent of the population and is politically active; however it has a limited share of power. On the other hand, the Alawites of Syria form around 12 percent of the population but they hold the quasi-totality of political and economic power in the country through the Assad family and their entourage. Therefore, the political divide can only become a sectarian divide in countries where the competing factions maintain a certain level of power.

Sectarianism is an invented concept that it is created using historical, economic and cultural material for the purposes of political mobilisation. The usage of such a sectarian discourse, especially in times of heightened violence and instability, helps crystallise sectarian identities and serves to recruit more individuals into those very political battles that are framed under religious terms.

Rima Majed is a researcher and a PhD Candidate in Political Sociology at the University of Oxford.