THREE years ago, Pakistan was celebrating statues of the Buddha. One of the world’s oldest sleeping Buddha had been unearthed in Bhamala in Haripur. The unveiling of the sleeping Buddha was strategic, meant to highlight the end of an era. The ravages of the Tehreek-i-Taliban Pakistan (TTP) were now over, as was their theatrical destruction of ancient relics that are a part of world history. No longer would Pakistan be known as a place where the unthinking destruction of world history occurs, no longer would Pakistan be a place where there was no tolerance for the religious relics of other faiths. Even then opposition leader Imran Khan made a statement noting that the issue “is a question of preserving these heritage sites, which are an asset for the country”. 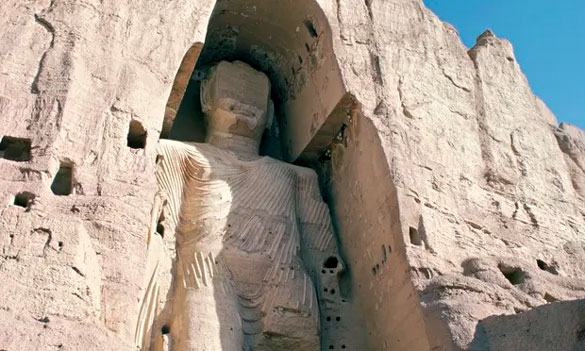 The Sasal Buddha at Bamiyan, Afghanistan, pictured before its destruction in 2001. Photograph: Ian Griffiths/Corbis

That was in 2017, just a year after the Khyber Pakhtunkhwa Antiquities Act was passed. The legislation made it mandatory for anyone who found ancient artefacts to immediately inform the government. Even more importantly, it made it a crime to “destroy, break, damage, alter, injure, deface or mutilate or scribble, write or engage any inscription or sign on, any antiquity or take manure from any protected antiquity or important antiquity”. Even more crucially, the act specified that any person committing these crimes could be imprisoned for five years or fined Rs2 million, or both.

It is now time to enforce the act. Earlier this week, a video surfaced on social media showing a group of men unearthing an ancient Buddha sculpture. Then a man takes a hammer and starts destroying the relic. Other men can be seen watching and making videos of the destruction. The act was allegedly carried out at the behest and provocation of a cleric who had told the men that even their nikah would be rendered invalid and they would no longer be considered believers if they did not immediately destroy the statue.

After everything was over and the statue had been destroyed, police arrested four men under the Antiquities Act. The director of archaeology and museums, Abdul Samad, declared that those who had destroyed the statue would be duly punished. A few hours later, officials tweeted that the four men responsible for the vandalism had been arrested and were in police custody. 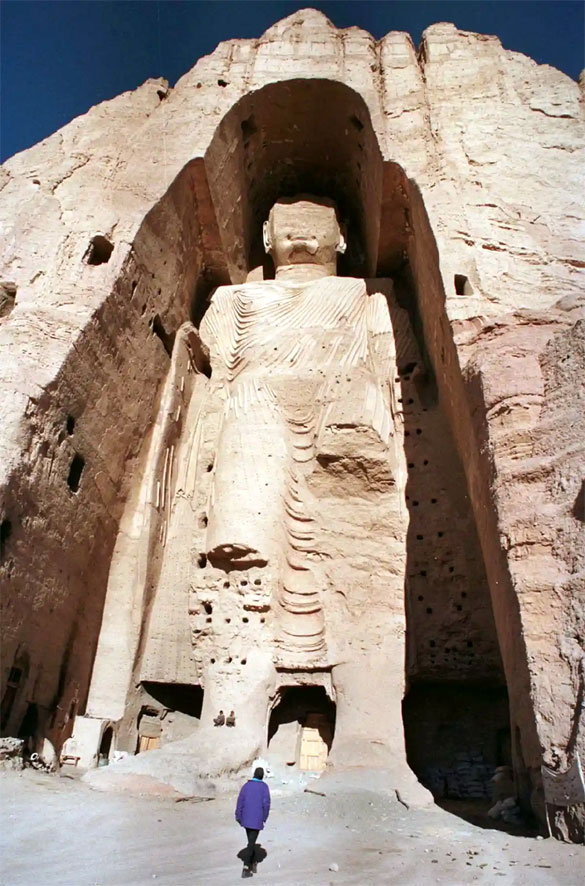 The Buddha, of course, is destroyed. It had been found accidentally, and it is evident from the video that it was in good condition when it was found. It will never be in good condition again. Even after the men have been punished, put in prison for five years or been made to pay Rs2m, the destroyed piece from so long ago will never be whole again. That is the thing with things that are destroyed; they can never be returned to what they were.

If the unveiling of the sleeping Buddha discovered in 2017 is any evidence, Pakistan’s rediscovered respect for history was supposed to represent the turning of the page on the age of the TTP. The new tolerant Pakistan, equipped with the particular legislation on protecting antiquities, was not supposed to do such a thing. And yet, as these recent events point out, the production of a tolerant Pakistan has not been so easy. Clerics in villages are still saying the same things that they have said to incite people to violence — against people, against objects and against history — as they have done before. 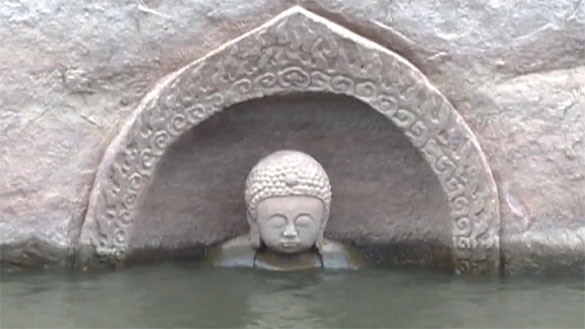 Solutions are hard things to find. On the provincial government’s part, a law has been passed and is being enforced. After all, how are the police to know that such a statue has been found and, then, in the current mess of the pandemic and heat and deprivation, respond and protect such an object? Then, there is the fact that while the TTP’s hold has to some relative extent been reduced, little can be done about the people who still exhibit TTP tendencies. Even as governments change and wars end, people can remain the same, hold on to the same prejudices and believe that the mere existence of a historical relic is a threat to their beliefs.

Given the importance of unveiling the sleeping Buddha in 2017, our governments evidently realise that there is international import to the discovery and restoration of the ancient relics that are found in Pakistan. In this respect, simply and only passing a law, whose existence is unknown to most of the people who would and could find such a relic in the rural areas of northwest Pakistan, cannot be the solution. The edicts of clerics in mosques and their incitement to force the destruction of antiquities cannot be countered so easily.

If Pakistan is really turning the page on its terrible ‘Talibanised’ past, it should make a more sincere effort. The area where the Buddha was found is one where hundreds of ancient relics have been excavated. It would make sense for the government to provide some funds for their excavation and proper storage in a museum. Acts such as these would state clearly and for all that Pakistan accepts the part of its heritage that existed before Islam. If this sort of rational thinking is not possible, the excavated objects could be given away to a museum in a country that does not feel threatened by its own history.

It is easy to say that the era of the TTP is over. It is just as easy to unveil a Buddha and declare that the new Pakistan is able to respect history and a heritage that is pre-Islamic. Much more difficult is the project of transforming a culture that has been so corrupted with religious obscurantism that inanimate objects are a danger to its very existence, its idea of itself.