By Qasim A. Moini

THE Quran and hadith — the primary sources of Islamic teachings — stress unity and condemn sectarian and divisive rhetoric in unambiguous terms. However, in Pakistan and in many other parts of the Muslim world, the fire of sectarianism has done untold damage to nations and communities, as Muslims seem to have forgotten one of the key messages of the Holy Book and the Sunnah. 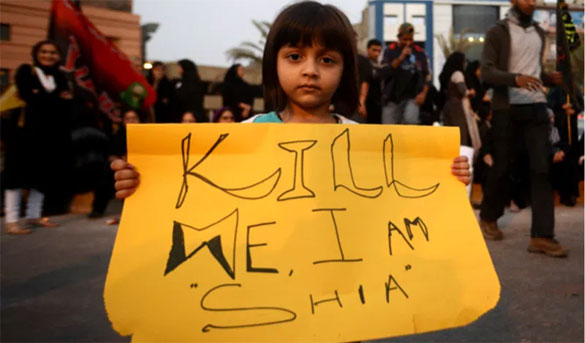 In our country, sectarian death squads have terrorised innocent people for decades; the most recent manifestation of this ugly reality was witnessed last month, when a number of miners belonging to the Hazara community were butchered in the small town of Mach in Balochistan. Moreover, the unsavoury practice of Takfir — declaring others non-Muslim — has witnessed explosive growth, as barely literate preachers excommunicate whole communities or individuals.

In other parts of the Muslim world things are not much better. For example Iraq, Syria and Yemen have been torn apart by sectarian strife, with external actors often fanning the flames. Saner minds within the Muslim world — particularly amongst the ulema of all schools of thought — must come forward and douse the flames of sectarian hatred before they continue to rip through the body politic of the Muslim world.

Rabble-rousers, zealots and troublemakers must be side-lined while genuine scholars should highlight the message of unity the Quran and hadith stress — “holding firmly the rope of Allah” as has been so beautifully conveyed in Surah Aal-i-Imran. There are notable precedents from the recent past which need to be emulated by the scholars of today.

Amongst the landmark fatwas of the modern age is the one authored by Shaikh Mahmud Shaltut, the former Grand Imam of Al-Azhar — that bastion of traditional Sunni Muslim thought established during the Fatimid era — of 1959. Shaikh Shaltut was a visionary and perhaps foreseeing the sectarian fires that would be lit in the not so distant future, told a questioner that the Shia Jafari madhab (school of thought) was acceptable for Muslims to follow, thus dealing a strong blow to takfiri thought.

In later decades, Ayatollah Ruhollah Khomeini — father of Iran’s Islamic Revolution — also made efforts to bring Muslim schools of thought closer together. Along with being a political leader, Imam Khomeini was a Shia Marja-i-Taqleed (object of emulation) followed by millions of people across the world. Therefore, his pronouncements had religious as well as political significance.

The wisdom of these late ulema can help Muslims of today find a way out of the bog of sectarianism that is retarding growth of the Muslim world. Credal differences are a fact of life, and the result of historical processes. Every Muslim is free to study the Quran, hadith and history and reach a conclusion about events over which there is disagreement between the sects. In fact, it is enlightened scholars that should be discussing these differences and historical events, as discussion on the popular level — on TV, social media, etc — can often degenerate into an exchange of polemics.

Instead of focusing on the differences, let Muslim thought leaders encourage points of unity, particularly the basics of the faith, such as tauheed (monotheism); risalat (prophethood); the Holy Quran and belief in the Day of Judgement. Instead of rousing the masses with fiery speeches, let preachers talk of the compassion, charity and forbearance Islam stresses.

The fact is that ulema across the Muslim world will need to play a greater role in exorcising the jinn of sectarianism. Firstly, there can be no space for preachers of hate and violence in any school of thought. Those that demonise a sect or its revered individuals must themselves be isolated and kept away from the pulpit. Believing in a particular interpretation of Islamic history is one thing; reviling other sects for their beliefs and using the pulpit to spread hatred is entirely another.

The state also has a particular responsibility to crack down on those that abuse the pulpit and the microphone to fire up the masses with misplaced zeal. Unless ulema and the state work together to combat the menace of sectarianism, more damage will be done and more lives will be lost.

A well-known hadith quotes the Holy Prophet (PBUH) as saying “Muslims are the brothers of Muslims” while in his will Hazrat Ali stated that “stick to unity and avoid division”. Therefore, it is up to Muslims to either pay heed to such divinely inspired words and find a solution to our myriad problems, or ignore such sage advice and continue to be consumed by the fire of hatred and division.

Qasim A. Moini is a member of staff.