A group of Australian Muslims has been accused of a sectarian attack on an American group during this year’s Haj pilgrimage to Mecca in Saudi Arabia, which ended on October 16.

The Americans, who are Shiite Muslims from Detroit, claim they were assaulted and threatened by a group of Lebanese-Australian Sunni Muslim men in a campground in Mina, near Mecca, where pilgrims stay to fulfil their religious obligations.

Tensions between Shiite and Sunni Muslims around the world have been rising as a result of the civil war in Syria, which pits the government, backed by Shiite Iran and the Lebanese Shiite Hezbollah militia, against mostly Sunni rebel forces backed by Saudi Arabia. 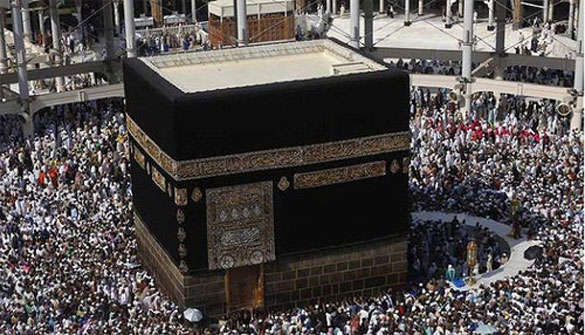 Pilgrims circle the Kaaba at the Grand Mosque in Mecca. Photo: Reuters

The Detroit Free Press reported that one of the members of the American group was strangled until his face turned blue and that women in the group were threatened with rape, according to witnesses to the attack that they say took place on October 16.

According to American Shiite cleric Mothafar al-Qazwini, the group was confronted by as many as 200 men they later learned to be Australians belonging to a Sunni sub-group known as Salafis.

Mr Qazwini said one of the Australians asked one of the Americans if he was Shiite.  ‘‘He responded ‘yes’. He was immediately attacked by three men, one grabbing him in a choke hold, the others punching him in the face.’’

Mr Qazwini alleged that after the initial attack some of the Salafis ran to the women’s tents, telling them ‘‘if they do not leave in 15 minutes, they will rape them all’’, according to the Free Press.

The US group was led by Mr Qazwini’s uncle, Sayyid Hassan al-Qazwini, who is the imam of the Islamic Centre of America in Dearborn, Michigan, the largest mosque in North America.

An official from the centre declined to comment on the alleged attack until the imam returns to the US later this week. But Australian Muslims who attended the Haj took to Facebook to deny the claims, saying that the Shiite pilgrims from the US started the trouble.

One Australian Facebook post said ‘‘this is nonsense ... the incident happened in my camp ... the [Shiites] came insulting the Sahaba [the companions of the Prophet Muhammad].

‘‘My tent was right by the tent of the [Shiite] guys who got beat up ...  not (sic) it shouldn’t have happened but the whole incident was instigated by them and no-one said anything near what is being claimed here.’’

The post added: ‘‘BTW, the police were not laughing ... there is a lot of zulm [oppression] in KSA [the Kingdom of Saudi Arabia] including against [Shiites], but this story is just idiotic.’’

The US State Department told Fairfax: ‘‘we are concerned by reports that a group of US citizens was attacked ... at a campsite for Haj pilgrims located outside of Mecca.

‘‘The Embassy and Consulate General have contacted the Haj and Interior ministries, as well as members of the group who were reportedly attacked. Both ministries have confirmed that they are investigating.’’

One Australian man who has been accused on social media of being a leader of the attack was not at the Haj, say his friends. They told Fairfax Media he had not left Australia since September.