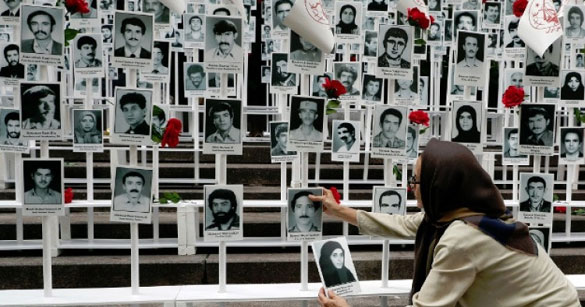 In February this year, the Bahais of India issued a joint appeal to the Iranian government authorities to end the persecution of the Bahais of Iran, particularly of Ivel village and return their land and properties.

An excerpt from the appeal says:

“We are saddened to note the series of incidents regarding the destruction of properties and mass displacement of the Baha’is of Ivel village in Mazandaran Province in Iran.  Baha’is of this village have been facing persecution since 1983. In 2010, the Baha’i homes in this village were subjected to arson and demolition which resulted in repeated grievances and complaints by the Baha’is at local and national levels.

In November, 2020 government agents raided twenty homes and shops of Baha’is in coordinated raids across the country, demanding that they hand over their property deeds.

We are greatly concerned by the Iranian court’s decision to confiscate the properties of 27 Baha’is of Ivel and distribute them to local Muslim residents in the village. This judgment is not in conformity with the Sharia law to take properties from one group for their faith and hand it over to Muslims. To disrespect another religion is explicitly condemned in our Holy Quran.”

The appeal has brought to fore the persecution, torture and social ostracisation of the Bahai community of Iran by the government of Iran. The Bahai community claims that they have been going through persecution and social ostracisation in Iran since the mid-19th century. After the Islamic Revolution in 1979, the persecution became state sponsored and systematic. They are often driven out of their homes, their religious properties and individual lands are confiscated and their cemeteries and shrines are damaged and destroyed by the government and the people of the majority community.

“The government’s dealings with the Bahais must be in such a way that their progress and development are blocked.” Former UN rapporteur Heiner Bielefeldt said," Iranian Bahais experience persecution from the cradle to the grave, and beyond."

In August 1980, 9 members of Bahai administrative institution were abducted and were taken to an unknown location. They were feared executed extra judicially.

In pursuance of the government policy, In August 1983, Iranian Attorney General announced a legal ban on Bahai religious activities. In the aftermath of the ban, the National Spiritual Assembly of Bahais was voluntarily dissolved. After the ban. Bahai cemeteries, holy places and properties were seized, confiscated and destroyed by the government.

After the ban, the Bahais constituted a committee called Yaaran (friends) to attend to the social and spiritual needs of the Bahais with government permission. But in 2008, 7 members of the committee were arrested and sentenced to 20 years of imprisonment. The punishment was later reduced to ten years.

The Bahais of Ivel, a town with a sizeable population of Bahais are the main target of government sponsored persecution.

Ivel is situated in Chahardangeh of Hezarjarib in Mazandaran Province in Iran. The Bahá’í community was established in Ivel around 160 years ago and by the late 1800s, half of the population of Ivel were identified as Bahá’ís.

From its inception, the Bahá’í community participated in social, economic and cultural developments, including the construction of schools and bath houses, and assistance to war and earthquake victims.

Similar to other rural communities with a Bahá’í populace, Ivel too has had its own share of persecutions, suffering, and oppression from its inception and throughout the years. On 25 November 1941, the head of the village council, Mirza Agha Jan Jazbani, a Bahá’í who was well respected by the villagers, and even the nearby districts, was killed for his beliefs.

The Bahais allege that since the Islamic Revolution, the persecutions systematically continued. The widespread attack on 28 June 1983 led to the expulsion and displacement of the Bahá’ís of Ivel. They say that the clergy and the local authorities incited the Muslim crowd in the village and nearby communities to bring the Bahá’ís out of their homes, direct them into a bus that was prepared outside the village, transport them to Sari, and drop them off there. However, when the bus arrived at the city of Sari, the authorities protested and strictly opposed such a plan, only to make the bus return the Bahá’ís to Ivel. But upon their return the village did not allow the Bahá’ís to return to their homes; instead, they were imprisoned inside the local mosque. More than 130 of them―including children and the elderly―were held captive for three days without food and water. When pressure to make them recant their faith failed, they were allowed to return home. However, that same night, they were attacked by villagers. A few were taken off by the mob, others were injured, and more were forced to hide in a nearby forest.

The Bahá’ís who managed to keep their ancestral homes in Ivel, and some of whom had a piece of land for farming in order to make a living would go there every summer and stay in their homes temporarily to farm. Even under these circumstances, the authorities would not hesitate to try and take their homes and farms away from them. Their plan was for the Bahá’ís to never return to Ivel so that their lands could be taken over. 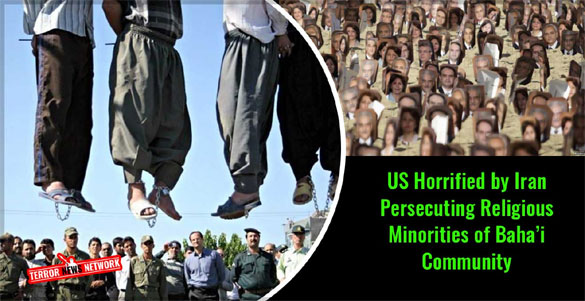 On 23 June 2010, some individuals demolished and flattened approximately 50 Bahá’íhouses in Ivel with four bulldozers and a number of trucks.

Since 1983, the Bahá’ís in Ivel have tried to appeal for their rights in writing and in person to all the government institutions, the leader of the parliament, the judicial system, etc. These appeals still continue.

The policy of the government of Iran towards the Bahais of the country is entirely inspired by the Sunni government of Egypt where they face similar degree of persecution. In 1960, Gamal Abdel Nasser decreed a law that declared the Bahai community of Egypt an independent religion not recognized by the state. After the law came into effect, the cemeteries, shrines and other religious properties were either destroyed or confiscated by the government. The lands of individual Bahais were also confiscated. Since then, the Egyptian government has continued to pursue its policy adopted by Gamal Abdel Nasser in the 60s.The government officially recognizes only Islam, Christianity and Judaism for official purposes. The Al Azhar has issued a fatwa declaring Bahais as Kafirs (apostates). Therefore, the Bahais of Egypt cannot profess their religion freely and have to hide their identity as Bahais. They cannot obtain voter cards, birth certificates and other government identity cards as Bahais.

Following the policy of Egypt towards the Bahais, other Islamic countries like Burundi, Congo, Uganda, Niger, Afghanistan, Azerbaijan, Mali and Morocco also banned the religion. In these countries, the Bahais face varied degree of ostracisation and persecution both from the government and the common people.

Today the Bahais of Iran live in constant fear of being attacked, abducted and displaced both by the government and the majority population. Most of the time, the local clerics incite the violence against them calling them Kafirs.

The world community should raise its voice against the persecution of Bahais in Iran and in other Islamic countries and ensure them a life of dignity within the frame work of international laws.