During the last decade or so, the topic of religious extremism in Sindh (outside its metropolitan capital Karachi) has attracted the attention of various academics and political commentators. This topic enjoys a special significance because of a narrative which explains the Sindhi majority of the region as being immune to non-state as well as state-sponsored processes of ‘Islamisation’ which were initiated from the mid-1970s onwards. Ever since the 1980s, these processes mutated and permeated society in the shape of religious radicalisation and militancy. 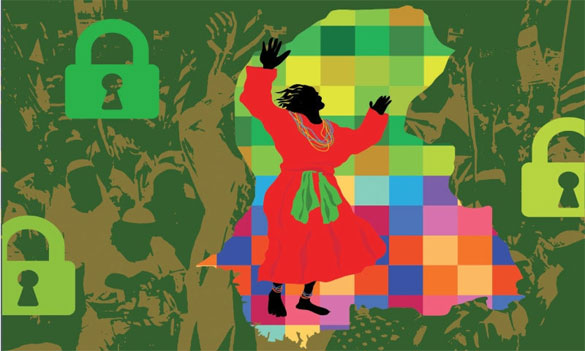 According to Huma Yusuf and S. Shoaib Hasan, in the 2015 edition of Peaceworks, extremism in Sindh is largely centred in the northern areas of the province, such as Ghotki, Shikarpur and Jacobabad. These regions are closest to Southern Punjab and the province of Balochistan. The studies also agree that compared to rest of the provinces, where cases and episodes of sectarian violence, violence against non-Muslim communities and terrorism by Islamist and sectarian outfits can be traced back 30 to 35 years, extremism is a relatively recent phenomenon in the Sindhi-majority areas of Sindh.

Those who insist that Sindhis were largely immune to the impact of the afore-mentioned processes provide geographical and even theological rationales to support their claim. For example, the political scientist Mansoor Bin Tahnoon Al Nahyan, in his 2016 book Karachi in the 21st Century: Political, Social, Economic & Security Dimensions, writes that Sindh is not contiguous to Afghanistan or Pakistan’s Khyber Pakhtunkhwa (KP), which have been ravaged by years of religious militancy and radicalisation. According to Al Nahyan, Sindh’s distance from conflict zones in this respect has spared it from the fall-out of such conflicts. Secondly, Al Nahyan states that Sindhis have historically espoused Sufism and rejected orthodoxy.

Recently, a member of a Sindhi nationalist organisation discussed similar views with me. When I asked him about the history of religious and sectarian violence in Sindh’s capital, Karachi, he replied by saying that the city had no such history till 1950, or till the Sindhis were in a majority there. This observation is not that off the mark.

Rita Kothari, in Unbordered Memories: Sindhi Stories of Partition, writes, that during the days of the 1947 Partition and the communal violence that it sparked in regions such as Gujarat and Punjab, Sindh did not suffer from any virulent fanaticism. Whatever faith the Sindhis belonged, they were powerfully influenced by Sufi thoughts. But once there was a mass exodus of non-Sindhi Muslims from India, especially towards Karachi, communal violence did erupt here as well. However, by then, Sindhis had become a minority in Karachi.

Since the 1980s, Sindh has seen radicalisation and militancy challenging the deep-rooted Sufist creed of the province

So, what is happening in the rest of Sindh today, with rising cases of religious extremism and violence, especially in its northern areas?

To this question the Sindhi nationalist was quick to claim that it was the state which was attempting to reshape Sindh’s religious texture, by allowing extremist outfits to set up shop here. He said the state is trying to defuse Sindhi nationalism in the manner in which it did Pashtun nationalism (in the 1980s) i.e. by introducing young people to radical religious and sectarian ideas.

This narrative behind the recent rise of extremism in Sindh is not restricted to Sindhi nationalists. Some prominent political commentators too subscribe to it. However, I could only find scant evidence of this during my trips to central and northern Sindh from the late 1980s onwards. But this does not mean it is entirely incorrect. Because there is now enough evidence to substantiate that the state did indeed use militant religious indoctrination in KP — from the days of the anti-Soviet ‘jihad’ in Afghanistan — to displace the Pashtun nationalist sentiment and remodel it as something that the state believed it could control. So why shouldn’t it do the same in Sindh? As we saw in KP, the state couldn’t control what it encouraged, because it mutated into becoming something a lot more problematic.

The factors behind the rise of religious extremism in some major Sindhi-majority regions of the province are a lot more complex. For example, names of parties such as PPP, MQM and Sindhi nationalist outfits dominate discourses on the politics of Sindh. But the name of another important political player in the province always goes missing: the Jamiat Ulema-i-Islam (JUI).

The JUI has strong political roots in many northern areas of Sindh. In his article for the July 18, 2017 issue of The News, Mushtaq Rajpar writes that JUI, despite having a Pashtun Deobandi character, was able to root itself in the largely Barelvi Sindhi-majority areas when, in the early 1980s, it played a major role in the often violent PPP-led MRD movements in Sindh against the General Zia dictatorship.

Khalid Mahmood Soomro, a Sindhi from Larkana, became JUI’s main man in Sindh. He appropriated Sindhi nationalist interests in his rhetoric, for example exhibiting opposition to the Kalabagh Dam and accepting the ‘shrine culture’ of the region, which is often criticised by the Deobandis. During the second Benazir Bhutto regime (1993-96) JUI became part of the ruling coalition. It was during this period that JUI began to build madressahs in northern Sindh. According to Rajpar, by the mid-2000s, JUI in Sindh started to sound more conservative. In some areas, it also began to lose its mosques and madressahs to the more radicalised former members of JUI, many of who had merged with or joined banned militant outfits, especially after 2010.

But if it is these elements who have been behind recent bomb attacks on Sufi shrines in Sindh, are they also the ones kidnapping Sindhi Hindu girls and ‘forcibly’ converting them? Not quite. In the 2016 anthology Islam, Sufism and Everyday Politics of Belonging in South Asia, the French political scientist Julien Levesque writes that those doing this actually belong to Sufi orders.

Levesque takes a similar route that my 2020 book, Soul Rivals takes i.e. Sufism in Pakistan is a contested space. This contest in Sindh, as Levesque points out, is between the idea of Sufism constructed by the revered Sindhi nationalist ideologue G.M. Syed — which sees it as a secular expression of Sindhi nationalism — and the Sufism of some Qadri and Naqshbandi Sufi orders in the province, who are critical of Syed’s notion of Sufism, calling it atheistic and anti-Islam.

The Sindhi politician Mian Mithu, who has been accused of forcibly converting Sindhi Hindus, does not belong to any religious party. In fact, not only is he a Sufi spiritual figurehead (pir), but was once a member of the PPP. In the 2018 elections he ran as an independent candidate from a National Assembly constituency in Ghotki. He lost, but received 91,752 votes.

According to Levesque, till the 1980s, the battle of the Islamic narratives in Sindh was mainly between the Sindh nationalists’ concept of Sufism and the more federal-friendly idea of Sufism of the state and the left-liberal PPP. But from the mid-2000s, the battle has been about these two concepts struggling to stop being overwhelmed by the more reactionary ideas of Sufism held by the likes of Mian Mithu, and the Deobandi militants who would rather have any idea of Sufism entirely eliminated.