George Floyd Is Not an African American Problem; This Is an Affront to What We Believe as Muslims

The egregiousness of what happened to George Floyd must have plunged anyone with a pulse into a deep pensive mood. Those of us who lived in the Boston area for a long time should have an idea about the many challenges that plagued getting the biggest mosque in New England off the ground. 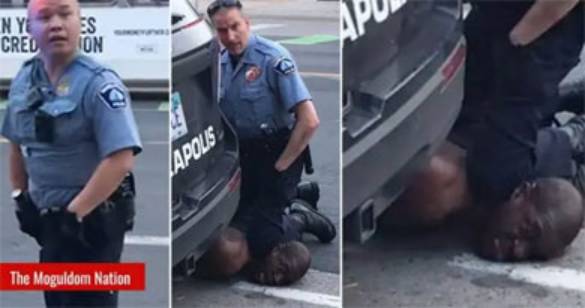 The exorbitant cost of building up 70,000 Sq. ft of space pales in contrast to the legal battle that followed with the David Project. The latter is a hate group whose goal was not to score a legal win, but rather bleed the Muslim community financially.

They didn’t have a legal leg to stand but they succeeded in interrupting the timely completing the construction by depleting our much-needed resources by forcing us into a legal battle.

I recall attending a meeting where the leadership sought to consult with community members from all over the states. Several members of the community seemed to agree that coalition building was the best way to proceed.

For the longest time, the Muslim community acted like it lived in a cocoon. It is as if the community lived in gated community and saw no value in interacting with the larger community.

This is basically the same rationale that delayed the integration and wobbled the standing of the Muslim community in Europe. As American Muslims, we knew not to make the same mistake as our brethren in Europe.

The 2001 attacks gave us a rude awakening. We finally realize that we have unwittingly alienated ourselves. As a predominantly immigrant community, we found out that our newly acquired blue US passports didn’t put us at an equal footing with the rest of society.

As it turned out, we took shelter in a spider’s house, the flimsiest of all houses as the holy Quran points out. It is then where earned a new label, a suspect community.

The leadership community suggested that the urgent need to retool. We had to branch out and build alliances with other groups especially those with their own set of grievances. We needed to identify with downtrodden groups and build strength in numbers. It was like watching a community having its light-bulb moment, a long overdue epiphany. A glorious moment where the community came to its senses and decided to undo the policy if isolation that it has imposed on itself.

It just so happened that just few weeks prior in New Bedford, Massachusetts, Immigration officials raided a leather factory and arrested hundreds of undocumented workers and our leadership acted as if this incident happened in a parallel universe.

I made the point that asking other communities to rally around our causes should be reciprocal. I lamented the lackluster reaction of our community towards the plight of other communities in their constant fight against inequity, injustice, bigotry, police brutality, and economic disparities.

The Muslim leadership could not relate to most of these grievances. We are easily duped into believing the insidiously crafted media messages where victims are portrayed as culprit. We do not question why is it okay for the state to monopolize violence as some sort of property right.

Up until 9/11, Muslim community members fared pretty well and couldn’t possibly empathize with the misery of those pigeonholed as inherently criminal because of the color of their skin.

The events of 9/11 should have helped us gain insights into the wretched lives of others. It should have caused us to spring into action and act upon the words of Dr. King:” injustice anywhere is injustice everywhere”. It was not until our right to build our house of worship was being challenged that we conveniently sought to build coalition.

This is not an indictment of the average member of the Muslim community. To their credit, ordinary run of the mill Muslim Americans have an amazing track record of community service.

My message was blunt and clear: we are an opportunist community and this runs contrary to the tenets of our belief as Muslims. A young rising human right attorney by the name Arsalan Iftikhar was among the attendees and fully endorsed my discontent.

I am not the most tactful person; I definitely lack the skill of sugarcoating my words. I am afraid too much time is spent on treading lightly so that people’s feelings and egos are not hurt.

Very little time is spent on formulating a strategy that considers the end goal and does not get bogged down by narrow calculations. The brutal killing of George Floyd is yet another opportunity for the Muslim community to come out and register a strong presence.

This is not an African American problem. This is an affront to what we believe as Muslim We need to stand on the front lines in defense of justice for all. Others have come to our defense countless times. Our latest one is our battle to have the right to purchase our own graveyards; our own right to die and be laid to rest in dignity.

Mohamed Brahimi has an extensive background in community organizing and advocacy. He worked as a member of the Harvard University “Islam in the West” research team. He currently teaches at Worcester Polytechnic Institute. He is the founder and managing director Al Arab news newspaper; a bi-monthly publication that cater to Moroccans and Muslims in the Boston area.

Original Headline: George Floyd is our Fight too: A Muslim Perspective