It seemed this weekend as if it was open season on Christians across the Muslim world.

Seventy-eight Christians were slaughtered Sunday by twin suicide bombers at a church where I have attended services several times myself in Pakistan’s capital, Islamabad. 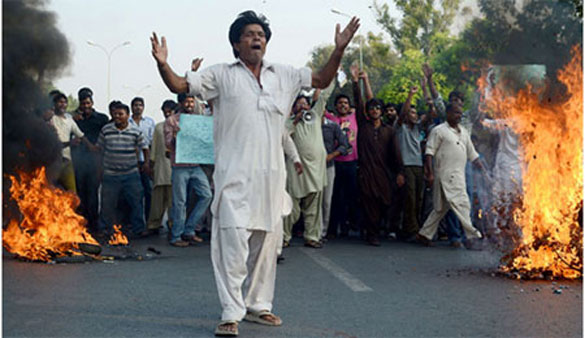 FAROOQ NAEEM/AFP/Getty ImagesPakistani Christians gather in a protest in Islamabad on September 22, 2013, against the killing of their community members in two suicide bomb attacks on a Church in Peshawar.

Less than 24 hours earlier a gang of Islamic militants from Somalia murdered at least 68 workers and shoppers, including two Canadians, at a mall in Kenya, allegedly shouting for Muslims to get out of the way so they could specifically kill Christians.

Coptic Christians in Egypt also have been targeted recently by supporters of the Muslim Brotherhood, and Christians in large numbers have left their ancient enclaves in Iraq and the West Bank after churches there were blown up or Christians were threatened. 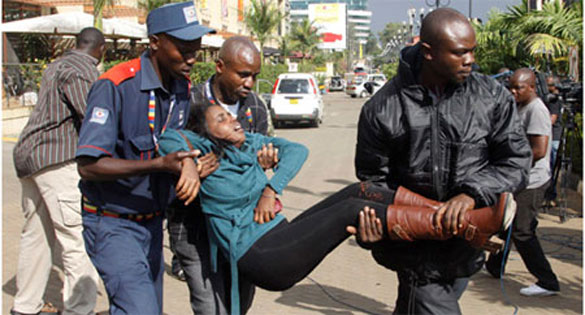 The carnage had a special resonance in this predominately Christian town in Lebanon’s Bekaa Valley where Syrian Christians have taken refuge after being attacked by extremist groups linked to al-Qaeda such as Jabhat al-Nusra.

“If we stay in Syria, they will kill us. It is that simple,” explained 36-year-old Rami Sammaan, after celebrating mass with his wife, Sally, and her mother, father and sister in the packed pews of St. Elias Maronite Church.

Sammaan crossed into Lebanon with his extended family last Christmas after his church in the war-ravaged Syrian city of Homs was destroyed. He went back to Syria briefly last month to pray during the annual saint’s day of his old church, reaching his hometown by a circuitous route well to the north of the border crossing near where he and his family now live.

Sammaan’s father-in-law, Mousa Fahmi Issa, fled from the town of Hasaka, near Syria’s border with Turkey. Christians had been kidnapped there and held for ransom and crosses and other Christian symbols had been routinely destroyed, he said.

“If someone comes to your house and says he will kill you, do you dance with him or do you flee? Issa said. “I feared my 12- year-old daughter Shames would be raped. All Syrian Christians are afraid. But some Christians cannot leave. They do not even have enough money for a bus ticket.” 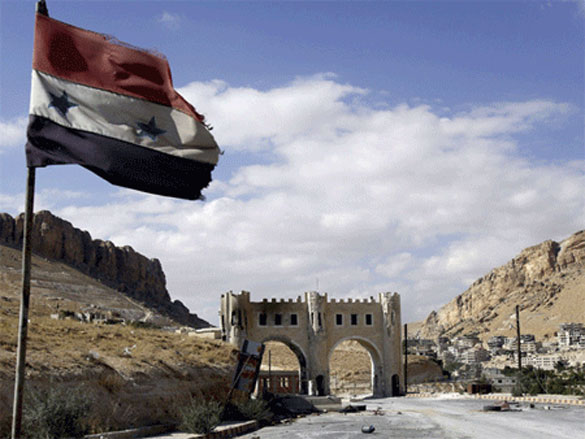 ANWAR AMRO/AFP/Getty ImagesA picture taken on September 18, 2013 shows the Syrian flag flying on the side of a road leading to Syria's ancient Christian town of Maalula, as fighting continues between government forces and rebel fighters. The town lies around 55 kilometres from Damascus and is strategically important for the rebels, who are trying to tighten their grip on Damascus.

What followed was an intense family discussion in Arabic. The gist of it was that the West was naive to concentrate so much of its rage on Syria’s dictator, Bashar al-Assad.

“If Assad goes it doesn’t mean that it is over. It will only get worse,” Issa predicted as he, his wife and son-in law gloomily chain-smoked their way through a pack of cigarettes in a tidy room dominated by a bronze mural of the Last Supper.

Sammaan interrupted Issa to ask: “Who ate the heart of a human being? It was not someone from the Syrian army, was it?” He was referring to a notorious video shot earlier this year in which a rebel leader allegedly executed a soldier and bit into his heart as his followers shouted “God is Great!”

“Why doesn’t the West help the Syrian Christians? Is it because we support Assad?” Sammaan asked again. “I can tell you that before the trouble we were very safe even at night. We had free schools and medicine. In return all we had to do was not become involved in politics, so we didn’t.”

As for allegations that Assad’s troops had used chemical weapons to kill hundreds of men, women and children last month, those charges did not find any traction here. “Foreigners and rebels play a game with this,” Sammaan said. “But Russia and China do not agree.”

Issa’s extended family had tried for months to register with the UN without success. Yet doing so is the first step to get Canada or another western country to consider their applications for asylum.

“We would like to go to Canada because we have heard that there is a program there to accept Syrian refugees,” Sammaan said.

Staying in Syria was not an option because with so many different militias now propping up Assad’s regime and so many different rebel groups trying to overthrow the government, he said “it is terrifying to approach a checkpoint because we don’t know who is who.”

It is difficult to know how many of Syria’s 2.5 million Christians have fled, but at least several hundred thousand must have. Most are in Lebanon, but others are in Iraq, Jordan, Turkey and Egypt. Still, whatever the figure is, it has been dwarfed by the exodus of several million Syrian Muslims.

Sammaan, who is Roman Catholic, receives free food and lodging for working as a caretaker at an apartment building across the street from the church he now attends, which is in full communion with the Holy See in Rome. His father-in-law, who belongs to a Syrian Orthodox sect, is paid $400 a month as a tailor in a small local business. But those wages hardly covers the $300 a month he pays in rent for the small apartment he shares with his wife and their two unmarried children.

“I sold my house which was in a Muslim area for $4,000 before I crossed the border last December, but those savings are all gone now,” Issa said as he began to weep. “I can’t help who I am. I was born a Christian. I will die a Christian.”

Moments later his wife, Ilhan Hanna, broke into tears, too, after the conversation turned to conflicting reports about an assault by Jabhat al-Nusra fighters on the ancient, mostly Christian village of Maaloula. It is there that a dialect of Aramaic, which was the language of Jesus, is still spoken and churches and convents are under threat that were carved out of the mountains in the 4th century.

Sammaan ended the interview with a grim joke.

“Former U.S. secretary of state Condoleezza Rice promised us a new Middle East a few years ago and she turned out to be right,” he said. “This is the new Middle East. We all kill each other.”