Sectarianism and Coronavirus: Religious Ideologues Threatening to Tear Apart the Human Solidarity Much Needed to Overcome the Covid-19 Pandemic

On March 19, 2020, the ‘Islamic State’ (IS) had a lot to say in the opening editorial of its newsletter, El Naba’, on what it makes of the coronavirus. In a nutshell, IS made it very clear that the highest form of godly protection that the believers can acquire against the coronavirus is to fight the crusaders and unbelievers. IS pressed its followers that in striking during this season of a pandemic outbreak they must “have no pity for the disbelievers and the apostates even as they are at the height of their tribulation, and they must intensify the pressure on them so they become more reassured and incapable of harming the Muslims by the permission of God the Lord of the Worlds.” 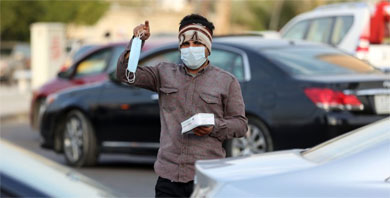 The fact of the matter is that the contingencies of the coronavirus may dictate what happens to IS more than its leaders and followers can envisage or imagine. This is not a negation of IS’ intent on killing. On the 25 March, IS claimed responsibility for the bomb that killed at least 25 members of the Sikh-Hindu community in Kabul, Afghanistan. However, IS may be at the mercy of the coronavirus in unexpected ways: pandemics have a logic of their own.

The narrative of the coronavirus primarily striking the religious “other” is not specific to IS, many religious leaders and people across the world and faiths are claiming the same kind of religious immunity from the disease, one that will strike others but not themselves. But what happens when the coronavirus strikes at these followers in large numbers? What happens to the sectarian discourse of us vs. them when the reality bites back – and collaboration with those who do not share the same religion is absolutely essential for survival? Any group that claims to be the ultimate guardian of a faith and claims any kind of religious exclusivity or supremacy, or promises immunity against the coronavirus for its adherents, is at risk of losing to the pandemic. If the faithful are encouraged to continue in the exercise of acts of collective religious piety to protect against the disease, these gatherings can become the very medium through which the coronavirus is spread. Will this delegitimize the authority and power of the religious supremacists and exclusivists?

Amir A. Afkhami, associate professor of psychiatry, global health, and history at George Washington University, notes that in 1904 Iran suffered from a cholera pandemic that saw many deaths. There was a need to restrict religious pilgrimages in order to limit the spread of the disease, but the grand ayatollah refused, claiming that any such restrictions represent a conspiracy by the ‘western infidels’ against the faithful. The regime in place conceded. The end outcome when the faithful died in large numbers, was a popular uprising that introduced a parliamentary system that did not exist before. Afkhami warns that “Unless Iran’s leaders rapidly adopt a more transparent and robust approach to stopping the contagion, the full arc of history is likely to repeat itself, as a growing corona, virus outbreak will irreversibly erode the legitimacy of clerical rule.”

But the cycle that Afkhami describes is strikingly relevant to all religiously absolutist power holders globally: as the bodies pile up, the religious rhetoric about special protection crumbles, and eventually the legitimacy of those who speak on behalf of the divine too. In order to challenge the authority of the religious supremacists and exclusivists, a collective movement from within the same faith community has to emerge to challenge their discourses with contending ones. As the calamity from a pandemic sets in, it becomes evident that everyone is vulnerable and no one is immune. The entire discourse perpetuated by religious extremists of a special immunity for the faithful and targeted punishment for the non-believers is debunked as the numbers rise amongst all demographies and across religious and non-religious divides. So how is internal accountability built from within religious communities?

The containment of pandemics requires the public’s trust in medical knowledge, in the health care system and its workers and health governance more broadly, which includes how you respect and engage with people’s beliefs and values. We know that sometimes religious leaders defy health governance for political posturing, assuming that people trust them more than other sources of knowledge. In Iraq, Shia cleric and political leader Moqtada Al Sadr opened the Shrine of El Roda el Hadareya and “has published videos on his Facebook page about his daily visits to the shrine of Imam Ali in Najaf, saying he does this to prevent its closure.”

Ayatollah Sistani, one of the highest and most reputable religious figures amongst the Shias, publicly called for everyone to comply with the prohibitions and restrictions on the visits to the holy sites, Friday prayers and all forms of collective gathering. Yet very significantly, Al Sadr’s defiance of Sistani did not pay off. The tables began to turn against him as the number of infected cases of coronavirus increased in Iraq. Outrage against Al Sadr’s defiance of the curfew rose, and people organized a massive online campaign in Iraq holding him responsible for the spread of the disease.

The online campaign blamed Moqtada Al Sadr for violating the government curfew enforced in Baghdad after he encouraged his followers to visit the shrine of Moussa in the capital city recently. Thousands visited the shrine breaking the cordon enforced by the authorities. The campaign was so powerful in naming and shaming Al Sadr for the spread for the coronavirus in Iraq that it forced him to make a statement evading responsibility, saying that he never told his followers not to comply with government measures.

The fact that Al Sadr, a religious leader with millions of followers, felt compelled to retract or even deny his earlier endorsement of defiance of any public measures to restrict visits to religious shrines shows the power that members of one’s own community can potentially have to hold their religious leaders to account in exceptional circumstances. Even in a context where trust has been very low in Iraq, during the pandemic, large sections of the population trust the advice of the authorities in place more than they did the claims to divine protection that Al Sadr had earlier made in his videos. There is something about the public rising to defend their health interests that ultimately transforms, challenges and reshapes whom they trust and with what they trust them.

There is another reason why internal mobilization for accountability for those who deploy a sectarian platform to claim protection against the disease can be so effective. Religiously extreme ideologues want to convince people that there is a conspiracy to rid adherents of their faith in the name of public safety. But there is power in a counter narrative that enables people to replace and substitute one form of religious practice with another rather while also complying with public health safety regulations. In the case of the counter narrative to Al Sadr, Ayatollah Sistani has already provided one.

Throughout the world and across all religions, people have found ways of adapting how they live out their faiths without having to forgo it altogether. This is critically important as it shows the power of innovation, adaptation, and accommodation for the preservation of life and faith simultaneously. By finding these repertoires internally, it has the potential to pull the carpet from underneath the feet of those who claim to be the guardians of the faith, whichever faith it is. In other words, because it is emanating from within the religious community, it makes it slightly more difficult (though of course not impossible) for the religious ideologues to claim it is a conspiracy by the ‘infidels’ to bring down religion.

If the coronavirus is the ‘magic’ that religious ideologues had hoped to politically appropriate to sow sectarian hatred, it is very much hoped that the magic will turn against the magician when internal accountability sets in.

Original Headline: Sectarianism will not defeat coronavirus: no one is immune