Before you get gratuitously judgmental, let me clarify from the onset that I’m an unflinchingly moderate Muslim. This means I do not believe that anyone should be killed for their beliefs. Even those that are Wajib-Ul-Qatl.

But as a Sunni Muslim heterosexual cis male in his 20s – easily the most underprivileged demographic in the Muslim world – I would like to break my silence against barefaced intolerance against us. It’s the discrimination that self-manifests in the gloomy faces outside the US consulate, and in recipients of rejection letters from the British Embassy in Abu Dhabi.

While the West’s blatant refusal to acknowledge our existence would be understandable – considering that we’re prophesised to eventually conquer all their lands and butcher them into submission – it’s their duplicitous recognition that’s a stab in the back. 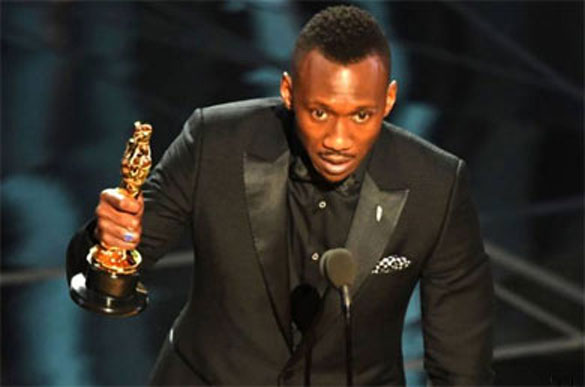 All this comes after sections from the extremist fringe of the Pakistani society – like a senator from the political party that rules the federal and Punjab governments – had spread vile rumours against our Army Chief’s religious identity.

This pushed many moderate Sunni Muslims like me into paranoia vis-à-vis Ahmadis. They’re so hard to differentiate with their names, appearances, actions, beliefs and prayers just like ours.

Again, as a moderate Muslim, I have nothing in the slightest against Ahmadis. My tolerance can be certified by the fact that I have never questioned Hanafi or Barelvi existence in the periphery of true Sunni Islam. I also absolutely believe Shia to be Muslims as long as their theological beliefs are completely aligned to ours.

As a progressive Muslim, I also condemn every Daesh attack, even though they are non-Muslims that have been created, funded and armed by the West to give Muslims a bad name. This should give you an idea why we can’t accept everyone’s claims of being a Muslim.

But trust me when I say this: in Pakistan our fellow Ahmadis enjoy acres of legal and existential space between realms of infidelity and apostasy. And we true peaceful Muslims should support their right to self-identify as Kafirs or Murtids, whichever they might prefer.

Even so, by elevating them to the one identity they can never be, the West is unnecessarily aggravating the ongoing apartheid into genocide. Only if we could try the Oscar jury under Sections 298-B and 298-C of the Pakistan Penal Code. This is why we should all support globalisation and universal human rights.

Also, let me remind you that the West’s intolerance, and the ensuing extremism, isn’t limited to the promotion of non-Muslims. The first Pakistani Oscar winner, Sharmeen Obaid-Chinoy, is a woman – hence, half-Muslim, at least in terms of her testimony’s worth. Although to be fair to the Academy Awards they did give her two Oscars.

But by rewarding films that highlight acid victims and honour killings, the West has provoked even more violence against women in our part of the world. I wouldn’t even get into the harm Malala Yousafzai’s Nobel Prize has done to young girls in the Muslim world.

Not to mention Nergis Mavalvala, who helped in the first observation of gravitational waves. She’s a Pakistani woman, who’s a lesbian.

Was observing gravitational waves really that important? Or is it a ploy to bring all these deviants into the forefront?

Coincidentally Mahershala Ali’s Moonlight is about a gay man as well. Do you not see a pattern here?

An Ahmadi won Best Supporting Actor, a Shia won Best Foreign Language Film, a woman won the Best Actress – if this is not a declaration of war against our sensibilities, what is?

By highlighting Ahmadis, homosexuals, and women as representatives of Muslims, they’re trying to marginalise the Sunni Muslim straight men.

But do not expect anyone in the West to create hashtags to underscore our plight. There won’t be any #OscarsSoAhmadi or #OscarsSoIslamophobic trends on Twitter tonight, I can assure you that.

Even so, with all said and done, it was only a matter of time that the Muslim ban was going to evolve into a true Sunni Muslim ban. The US has now declared a war on the Muslim identity.

It is in times like these that the role of us moderates becomes more pertinent than ever. The West’s policy of divide and rule is centuries old and the only way to counter that is to stay united and not self-decimate through sectarianism.

This nexus between Western powers, the excommunicated Islamic sects and outlawed sexual identities needs to be dealt with Muslim inclusiveness and solidarity. Let’s abandon all extremes and set examples of peace, tolerance and integrity.

Kunwar Khuldune Shahid is a member of staff.