Pakistan: Shias At The Receiving End Of Wahhabi-Salafi Sunni Fanaticism

As chilling as the killing of Shias by Pakistani terrorists, who want them to be declared non-Muslims, is the general acceptance of sectarian violence

Pakistan’s Shias are so regularly killed in targeted attacks that counting the numbers who were thus killed in 2012 is an uphill task. But just to give an idea, even before the start of the Muharram month, when anti-Shia violence is usually routinely anticipated and accepted as a given, the numbers killed had crossed 389 — the number of people the Human Rights Commission of Pakistan says died in sectarian violence in 2011. 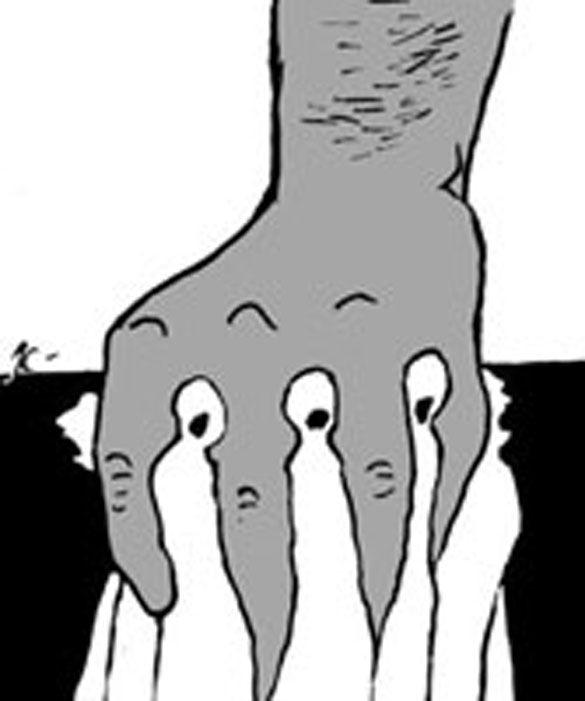 This time, the terrorists were emboldened enough to announce their intent. Ahead of Muharram, a number of Shias received text messages saying ‘Kill, Kill Shias.’ Sure enough, the self-appointed deciders of who is or is not a Muslim struck, killing 23 in two separate bomb blasts early on in the Muharram month.

Through the year, terrorists have been relentless in going after Shias; be it in Parachinar along the Pakistan-Afghanistan border, Gilgit-Baltistan, Quetta, Karachi or the garrison town of Rawalpindi. The clinical manner in which the terrorists have been going about their “mission” has been chilling, generating enough disquiet among the members of the community to take to the streets on December 8 outside the United Nations headquarters in New York protesting the “genocide in Pakistan.”

Of all Shias, the Hazaras are sitting ducks, their distinctive Mongloid features marking them out. They are pulled out of buses and shot down often enough to force many to leave the country. In all other Shia killings too — except the attacks on Muharram processions — they are identified by the killers from among large groups of people, by the self-flagellation scars acquired by Shia men during the Muharram mourning rituals.

The video footage of one such attack on the Karakoram Highway earlier this year shows a convoy of buses being stopped by gun-toting terrorists. Unhurriedly, the terrorists — dressed in Army fatigues — ask the passengers to furnish their national identity cards to single out those with Shia names.

The grainy video does not clearly show this but some accounts of the attack claim the passengers were made to recite a particular prayer which Shias say differently. Thereafter, the ‘kameez’ (shirts) of the men were lifted to check for self-flagellation marks. Their Shia identity established, they were lined up and killed amid chants of “kafir, kafir; Shia kafir” (infidels, infidels; Shia are infidels). In this particular attack, three Sunni men were also killed for trying to defend the Shias.

More chilling than the actual violence is the general acceptance of such incidents. Apart from the momentary media coverage, perfunctory editorials and outpouring of angst on various social media platforms when an incident like this happens, not much national debate ever takes place over Shia killings. But it may not help very much either, going by the zero difference that the national debate over Malala’s shooting has made.

Unlike other persecuted communities, the Shias — who constitute about 20 per cent of the population — are not down and out socially or politically. “The President, Chairman of Senate and National Assembly Speaker — three constitutional office-holders in the country — are Shias but they seldom speak up for the community for fear of losing political clout or support of non-Shias. Similar apathy exists in the media [where many honchos are Shias]. Many of my colleagues do not speak about sectarian issues for fear of being branded fundamentalists/extremists,” rues Baqir Sajjad Syed of Dawn newspaper.

According to Islamic Research Institute Director-General Khalid Masud, Shias have traditionally been leading contributors to the intellectual discourse among the subcontinent’s Muslims. Yet, a recent Pew Research Centre study showed that 50 per cent of Pakistanis do not accept Shias as Muslims.

Though Shia-Sunni differences are not new to the subcontinent, Pakistan’s penchant for allowing geo-politics to be played out in its backyard has exacerbated the tensions; particularly since the Iranian Revolution and the Soviet occupation of Afghanistan that quickly followed.

While the Iranian Revolution, according to historian Tahir Kamran, seemingly “emboldened” Pakistan’s Shias who “abandoned the Shia tradition of political quietism,” the Afghan jihad against the Soviets had the Saudis bankroll the then military ruler Zia-ul Haq’s Islamisation project which encouraged the “Sunnification of Pakistan.”

“Not only ‘awakened’ but ‘emboldened’ in the wake of the Revolution’s success in Iran, the Shia were public and vociferous in putting forward demands for ‘rights and representation’, trusting in Khomeini’s support, which he quite lavishly extended to them. Former Foreign Minister of Pakistan Agha Shahi revealed: ‘Khomeni once sent a message to Zia-ul Haq, telling him that if he mistreated the Shia, he [Khomeni] would do to him what he had done to the Shah’,” Mr. Kamran wrote in an essay in the publication Sectarian Militancy in Pakistan.

The Saudi-backed effort to turn Pakistan into not just a Sunni country but a Deobandi Sunni stream — that, too, of the puritanical Wahabbi-Salafi order — clashed directly with this Shia assertiveness in Pakistan. An early point of clash arose when Zia made it compulsory for all Muslims to pay zakat (a tax to support charity) to the state.

“Shia jurisprudence regards this as a personal matter … and a very large number of Shias organised to demand that they be excluded … This Shia movement was given some support by Iran … While the Shias won that round …, a line had been drawn that has continued to become darker and bloodier with time,” wrote Pakistani-American writer Omar Ali in an article on ‘Shias and their future in Pakistan.’

A native of Jhang — the hub of anti-Shia terror networks like Sipah-e-Sahaba (SSP) and its breakaway Lashkar-e-Jhangvi (LeJ) — Prof. Masud maintains that the anti-Shia rhetoric began much earlier as he recalls hate literature against Shias being circulated from the 1950s in this central Punjab district. So the ground was fertile for Saudi-backed ‘Sunnification’ and this made Shias launch their own militant outfit, clearly sharpening the divide.

Technically banned, the SSP and the LeJ have a free run with the former functioning under the new name, Ahle Sunnat Wal Jamaat (ASWJ). The SSP — which has contested elections — has a vote bank and the ASWJ claimed that the Pakistan Muslim League (Nawaz) won the recent by-elections in Punjab with its help. Such alliances debilitate political parties’ ability to adopt zero tolerance towards terrorism.

All this notwithstanding, the anti-Shia rhetoric has till date not percolated into the curriculum Islamised under Zia. “In fact, many in the Pakistani middle class still have no clear idea of where the anti-Shia polemic is coming from. It was not part of our education. While Shias were a minority sect, their version of Karbala and the martyrdom of Husain was accepted …,’’ writes Mr. Ali adding that Saudi Wahhabis have a well-developed anti-Shia polemic that brands Shias as heretics.

While SSP & Co want Shias to be declared ‘non-Muslims’ like the Ahmadis, Dr. Masud maintains this is unlikely as the Shia community is much larger than the Ahmadis. Ironically, Shia parliamentarians had supported the law against Ahmadis and today their community faces a similar threat — a stark reminder of the eternal truth in Martin Neimoller’s Holocaust poem ‘First they came…’