God wants to see
More love and playfulness in your eyes
For that is your greatest witness to him.
– Hafiz, 14th-century Persian poet and Sufi saint

There’s not much love in the eyes of the low-level Saudi official clapping me into leg irons. And in the dank jail of the police station on the outskirts of Mecca, the mood is anything but playful. My accuser stands rigid at the open doorway leading out onto the midnight streets of the city’s suburbs. “So you’re a Sufi,” he’d barked at me minutes earlier, labelling me a member of the mystical Islamic sect that values a personal relationship with God over blind obedience to the Quran. I’m not, but that didn’t seem to matter much to my gaoler. I’d been picked up at the funeral of 60-year-old Sheikh Mohammed Alawi al-Malki, Saudi Arabia’s leading Sufi, whose sudden death from complications arising from diabetes had sent shock waves through his community. A foreigner with a camera, mingling with members of a sect considered heathens by more rigid Islamists, was enough to arouse suspicion. 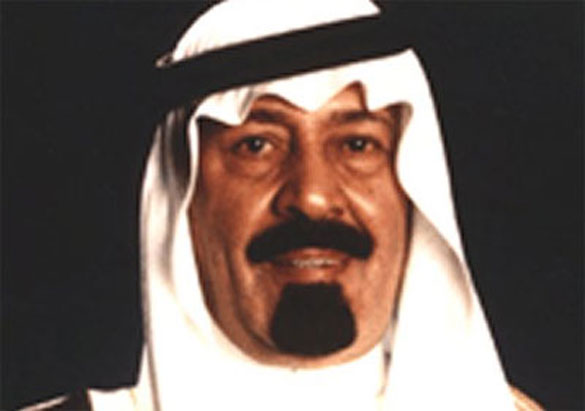 Even as Crown Prince Abdullah attends the funeral service of a prominent Sufi Teacher, his followers may still be jailed and persecuted.

My four hours in detention was only a small taste of what Saudi Arabia’s Sufis have endured over the past two centuries. Brutally persecuted by the puritanical Wahhabis, Sufis were, until recently, barely considered citizens. It’s still illegal to possess Sufi literature — a crime punishable by death — or practise the meditation rituals at the heart of Sufism’s spiritual belief system. But as Saudi Arabia faces increasing pressure to reform, things are loosening up. Moderates are now edging forward, and the Sufis, forced underground for so many decades, are raising a bit of a ruckus.

“A couple of years ago, you couldn’t even say the word Sufi in Saudi Arabia,” Sheik Abbas Alawi al Malki, Sheik Mohammed’s 56-year-old brother and potential successor, told me. The funeral was a benchmark for the future, he explained from one of the libraries at his home, adjacent to the family’s majlis, or assembly hall, in Mecca. Driven by grief, his brother’s admirers — Sunnis, Shias and Sufis alike — came together to embrace and weep. Most astonishingly, Crown Prince Abdullah, the de facto ruler of the kingdom, paid his respects, and even referred to Sheik Mohammed as the scholar of Mecca.

Sheik Mohammed, a professor of sharia law and hadith (a collection of the sayings of the prophet) at Mecca’s Sharia College, was, of course, well-respected in some circles. But what made the crown prince’s presence striking is that the sheik, as an avowed Sufi, had been banned by Saudi Arabia’s conservative religious establishment from teaching in the holy sanctuary in Mecca, and branded an infidel by many of the conservative scholars in the country and abroad. “Prince Abdullah’s visit was like a green light for the moderate line of religious practice in Saudi Arabia,” Sheik Abbas proclaimed.

Today, Sufis are meeting and discussing their future in Saudi Arabia in growing numbers. A June 2004 assembly on religious reforms in the kingdom, organized by the monarchy, was attended by Sheik Mohammed, openly representing the Sufi movement. “It was amazing,” his brother remembered. “He sat between the Sunni and Shia representatives, like a mediator.”

If any Muslim sect can help bridge the burgeoning divide not only within Islam but also with the West, it may be Sufism. Like other Muslims, Sufis believe prayer and fasting are important practices that bring a person closer to God. But they accept that a long series of prophets and saints, including Jesus and Buddha, also hold keys to divine knowledge. The Sufi world view blurs the distinction between Muslim and Christian, Jew and Hindu. “The majority of people in the world are Sufis, even if they don’t call themselves that,” Ameen Rayes, Sheik Mohammed’s 42-year-old nephew, told me. “The path of peace and moderation, the path of love, that is the Sufi path.”

Repaving that path with a modern finish is the challenge facing Saudi Arabia’s Sufi community. “Mecca and Medina represent the heart of Islam,” says Sami Angawi, an architect and unrepentant Sufi. “Diversity needs to be brought back to these cities for Islam to begin its process of rehabilitation.” He’s the founder of the Amar Center, a Jeddah-based organization dedicated to preserving Saudi Arabia’s Islamic heritage. To Angawi, historical sites are important, although his vision is at odds with that of the clerics. They have no use for anything they believe distracts a Muslim from his duties to God’s divine law, especially religious monuments. The clerical establishment is pouring money into building religious schools around the world to spread their version of Islam and limiting their restoration efforts to expanding the pilgrimage sites at Mecca and Medina. But as for others? “Ninety per cent of the country’s significant religious sites are gone,” Angawi laments.

The list includes some startlingly relevant structures, including the house of the Prophet Mohammed in Medina, which Angawi tried unsuccessfully to save. “Imagine,” he says, “if someone uncovered the house where Jesus held the last supper, only to rip it out. Would the Christian world stand for it?” What has been lost cuts to the core of his Sufi soul. Sufis around the world flock to religious sites, from the graves of saints to places considered sacred for the role they played in the spiritual awakenings of various sheiks. While he is careful not to link these sites with acts of worship, as Islam is adamant that worship be reserved for Allah alone, Angawi insists they are important sources of spiritual strength and renewal. But Muslims in Saudi Arabia face being branded polytheists, another crime punishable by death, if they argue for their preservation.

In fact, Saudi Arabia’s hard-line clerics have adopted a familiar tack: appropriate all knowledge by eradicating any vestiges of past perspectives. The tactic has been used before. As renowned Muslim philosopher Ziauddin Sardar elegantly argues in his 1992 essay, “The Making and Unmaking of Islamic Culture,” “It was the inner urge to know that transformed Islam from its desert origins into a world civilization.” At its height, Islamic culture led the world in the pursuit of knowledge. The decline, argues Sardar, began when the concept of knowledge was hijacked by a select few religious scholars eager to assert their authority, and narrowly redefined to be religious knowledge.

But now, Sufi reformers such as Angawi and Sheik Abbas are trying to broaden the concept once again. “Knowledge comes first,” says Sheik Abbas. “All spirituality derives from knowledge.” And it’s all knowledge, including modern science and technology, which many contend has been hijacked by a Western secular capitalism hell-bent on commodifying human achievement.

But can the reformers break the stranglehold Saudi Arabia’s clerics have had on those whose thinking may differ from theirs? There are promising signs. In Mecca, shackled and shuttled from police station to police station, I finally arrive at the city’s elegant police headquarters. To my surprise, a high-level official reprimands the guard assigned to me and orders him to remove the chains. “I apologize for this treatment,” he says in perfect English. We talk briefly about Sheik Mohammed’s death, a “sad loss,” according to the official, before I’m told I’m free to leave. It’s quite a change in attitude, and emblematic of the shifts in Saudi society. “Changing course is an integral part of the Sufi way,” Angawi had told me earlier. “Our path is the path of water.” A good thing, now that the repressive dams of the clerics are starting to leak.