S Irfan Habib: Modern Science Can Be Pursued By Any Believer

S Irfan Habib, a historian of science and political history, holds the Maulana Abul Kalam Azad chair at Delhi's National University of Educational Planning and Administration. Having recently authored Jihad or Ijtihad, tracing religious orthodoxy and modern science in contemporary Islam, Habib spoke with Rakhi Chakrabarty about science's debt to the Islamic world, how this relationship was curtained by colonial politics, how modernity and Islam are not opposed to each other - and why science is sometimes considered dangerous:

What prompted your research on science and Islam? 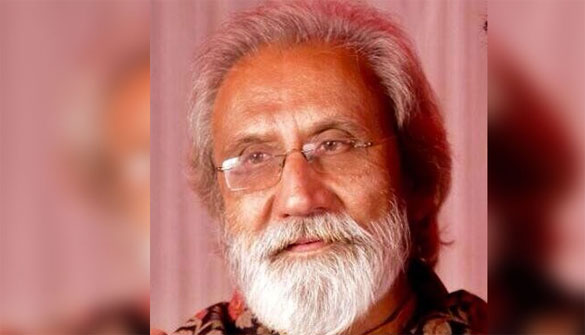 Well, the main provocation was the way Islam was being interpreted after 9/11. This prompted me to delve into issues of Islam, the way Islam was being politicised and used by vested interests the world over. I was disturbed about what was happening. Around this time, while pursuing a history of science, i came across writings where there were efforts to use a very fundamentalist understanding of Islam to reinterpret scientific knowledge and devise a category called Islamic science. I found it very parochial and exclusivist.

But is there a conflict between Islam and modern science?

I don't see any conflict. Modern science can be pursued by any believer. For example, Pakistani Nobel laureate Abdus Salaam, who won the prize in physics, remained a believer all his life. He said his prayers five times a day - and pursued science. He did not find any conflict between Islam and modern science.

Those who talk about Islamic science believe modern science is actually western science inspired by Christian ethics. I find this problematic. Science is intrinsic in Islam.

The 8th to 12th century was the golden age of science in Islam. The Abbasid Caliphate of Baghdad set up the Baitul Hikmah or the House of Wisdom, laying the foundations of rational and natural science. They welcomed scholars of all creeds, religions and beliefs. It was through Arab philosophers and scientists that the rich patrimony of the Greeks reached the leading lights of modern rationalism. Roger Bacon, father of modern scientific research, was a disciple of the Arabs.

Proponents of Islamic science today say modern science is Christian and western. So, they have to create an alternative. Modern science could be Eurocentric as it was part of the imperialist expansion. That needs to be questioned and many scholars are doing that. But that's a different and valid issue. However, you can't replace Euro centrism with another centrism called Islamic science or Hindu-centrism.

Is Islam averse to modernity?

Modern science - an important component of modernity - owes much to Islamic tradition. So modernity shouldn't be alien to Islam. It is unfortunate some ideologues within Islam tend to set up Islam and modernity as binaries, always in confrontation. There is a concerted campaign to widen the gap between Islam and its believers and modernity and its proponents.

Tunisia is the only place in the Islamic world where there is some sort of openness, where tradition and modernity coexist. West Asia is more an end-user of technology, less of science. Technology is useful and not seen as being as dangerous as science which comes with ideas. With science comes questioning - and democracy.