Paucity of Scientific Achievements among Muslims

The other day a columnist of The News presented some statistics regarding Islamic history and presented a glimpse of the great achievements of some Muslim scholars. The West calls Al Khwarizmi Father of Algebra. The term Algebra has been extracted from one of his books. Al Farghani discovered the shape and size of the earth. The abyss in the Moon called Alfarghanes has been coined after him. Avicenna was a physician, a surgeon and a philosopher. He authored 450 books. He is called Father of Modern Medicine. Omar Khaiyam was a mathematician, Astronomer, founder of modern scientific theories and a famous poet. He determined the size of different planetary bodies. He drew maps to explain the positions of stars in the universe and told the world how to solve the problems involving cubic equations. 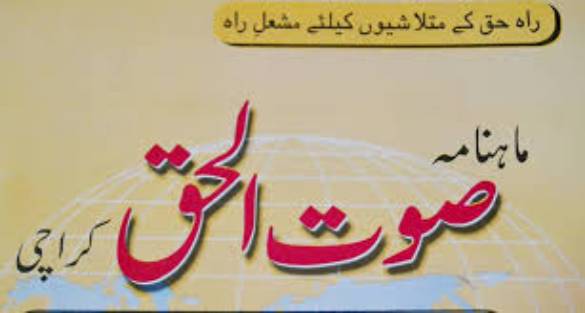 Omar Khaiyam’s philosophy was different from present day Islamic beliefs. He did not accept that divine intervention affected our daily events and deeds. He did not even accept the concept of reward and punishment after death. He used to say that God had brought together all the planets and stars under one system. The world sets up memorials in his honour even today. Al Farghani died in 833, Al Khwarizmi died in 850, Avicenna in 1037 and Omar Khayyam in 1123.

Now when we compare the achievements of Muslims and Jews in the field of science and arts, the situation that comes up is like this: During the 882 years after the death of Omar Khayyam, Muslims did not do anything in Physics, Chemistry, Medicine, Literature and Economics. The Nobel Prize is being given away for the last one century or more. Only three personalities from the Muslim population of 1.4 billion deserved Nobel Prize. Nobel Prize was given to Naguib Mahfooz in Literature, Ahmad Radeel in Chemistry and Dr Abdul Salam in Physics.

The treatment that we meted out to all the three Nobel laureates is as follows:

Ahmad Radeel chose the US for his scientific services. Abdul Salam had to serve in Britain and Italy. Naguib Mahfooz was assassinated by an Egyptian Maulvi. Pakistanis are averse to accepting Abdus Salam as their own on the basis of faith.

The Jews who constitute only 19 million of the world population have so far won 166 Nobel prizes. Khwarizmi. Alfarghani and Avicenna are the products of Islamic civilisation. They read the same Quran we do. They studied the same Hadiths that we are taught. They received guidance from the same sources from where we do. They too took inspiration from the scientific knowledge of the non-Muslims. The treasures of the scientific research and knowledge of non-Muslims are available to us more easily and abundantly than they were to them.

What is the reason then as to why we could not produce any personality like Omar Khayyam and Avicenna in any department of life during the last 882 years so that the world could recognise them? The number of madrasas has increased and religious scholars were produced in great number during the last 882 years. The means for reaching the sources and resources of knowledge have also multiplied. The publication of books have become commonplace. The number of madrasas has increased hundred fold. In Pakistan alone, twenty thousand madrasas have imparted knowledge to more than two generations. If we look at our own country, these thousands of madrasas have not produced researchers, religious scholars, inventors and scientists even on local or national level, leave alone on producing scientists and researchers of international level.