People Of Heart And Mind Together Are The True Embodiments Of Islam; As They Understand Science, Spirituality and Islam Together

This article should be read in continuation with my previous one “Religion, Reason and Revelation” where I had argued that in Islam while Iman, unlike mere faith, means reasoned acceptance, it therefore, includes not only heart but also mind. The Qur’anic ayah which points to the fact that the ultimate resting place of Iman is Qalb (heart), also offers the same explanation when the classical exegetes of the Qur’an allude to the literal meaning of the word Qalb to be both heart and mind together. This clearly enables us to understand that the claim of Islam is always understandable. Although the explanation sounds quite simple, yet, it needs some elaboration.

In Islam you are asked to apply reason before you accept. But acceptance on mere rational grounds does not give Yaqin (certitude) unless you accept it by heart. See there have been so many philosophers who could see the objects around but they did not have yaqin in their real existence. It was their doubt that made them philosophers—who never know what yaqin is. So it is to say that Yaqin comes through mind and rests in heart. So long as it remains in mind, it is knowledge, logic, reason etc, but the time it rests in the heart, it turns to be certitude.

Imam Ghazali says that people are of three types: ahl al-Burhan (people of reason), Ahl al-Maw‘zah (people of admonition) and Ahl-Al-Mujadalah (people of argumentation). This classification he has understood form the Qur’anic Ayah: “Invite ti the way of thy Lord with wisdom and beautiful admonition and argue with them with a way that is the best” (16:125).

All men of reason may be men of heart also like the philosophers but all men of heart are men of reason at the same time like the Awliya Allah who have accepted what is already reasonable. Whatever cannot be reasoned out by the senses, they accept that on the authority of the Prophet (Sallallahu Alayhi Wa Sallam) with full trust on him. Here is where they get the reward. Otherwise their Imani, which is far above the bland reason, would be mere science. 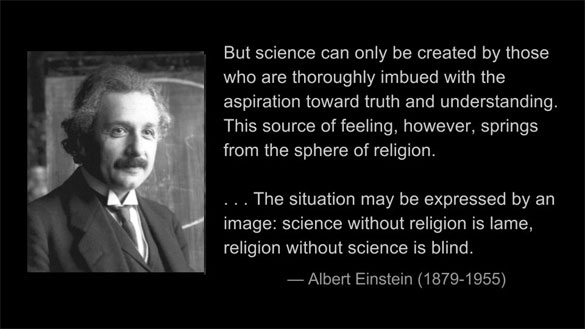 Let’s put it in other words. There are three types of people: People of intellect, people of heart and people of heart and intellect. While the first kind of people are neutral in their approach towards things and have almost no emotions, they think and not act; the second kind of people are mostly emotional and hardly show patience in matters of their ‘faith’, they think less but act more. It is in fact the third kind of people who are balanced and understandable in the real sense. Notwithstanding, whereas the rational people of the first kind are attached with the shell only, having nothing to do with the kernel, the emotional cannot be regarded as altogether pointless because they are ultimately people of the kernel, the heart, although they lack reasoning.

The people of Yaqin (or of Qalb comprising heart and mind together) are the true embodiments of Islam. They have reason as well as emotion. They think and act and never act without thinking first.  They don’t say whatever they think. They mind is, instead controlled by their heart. This means their Qalb is self-balancing.  While the people of intellect wonder, the people of heart sleep and when they wake up they are at their destination. But the true ones, the people of Yaqin, of heart and mind, wade into the waters, and when they reach the shore, they are satisfied and thus get their reward.

In Islam theory and practice, or more appropriately doctrine (‘Aqidah) and method (‘Amal) are indissolubly connected with each other. Whereas doctrine concerns the mind and can be summarized as intellectual discrimination between the ‘real’ and the ‘unreal’, method concerns the will that can be summarized as concentration upon the Zikr-ulllah(remembrance of God). Hence Islam always engages both mind and will. The doctrinal side of Islam manifests itself in the Shahadah, the Tawhidic perception that, “Only Absolute Reality is Absolutely Real.”

The practical side of Islam takes two forms: morality and worship. Morality includes doing of Awamir or Ma’ruf i.e. things that ought to be done or possessed like Iman, Ikhlas (purity of intention), Sidq (truthfulness), Tawadu’ (humility), and not doing of Nawahi or Munkarat i.e. the things that ought not to be done like Kufr (disbelief), Nifaq (hypocrisy), Riya (pomp) etc.

Let’s approach this view through another angle: The spiritual method in Islam is summarized in the concept of Ihsan, which involves, as the term itself denotes, the practice of all virtues and is explained in a hadith in these words: “Worship God as if you see Him, for if you do not see Him nevertheless, He sees you.”

An inward understanding of this Hadith can be that of a wali who has reached the stage of Ihsan and remains either in Mushahadah, the highest stage where he perceives the truth with the eye of heart (‘Ayn Al-Qalb), or in Muraqabah (meditation), a permanent state of awareness. In order with the highest degree of Ihsan, where the worshipper gets so engrossed in his spiritual experience that he feels as if he sees God, is the Mushahadah, and the lowest degree of it where the worshipper permanently feels himself to be in the sight of his Creator is the Muraqabah.

Mishkah quotes that angels once come to the messenger while he was asleep. They remarked: “(His) eyes are sleeping but (His) heart is waking.”  Thus meditation is background for Dhikr, the principle means of spiritual realization. That is why the says:

“And the remembrance of God is greatest.”

Al-Hujwiri (Rahmatullahi ‘Alayh) says: “When self will vanish in the world, contemplation is attained and when contemplation is firmly established, there is no difference between this world and the next.” But in the way of Muraqabah, the illusion of the ego is an obstacle. And humility and love of one’s neighbour cuts at the root of this illusion. The Prophet (Sallallahu Alayhi Wa Sallam) says:

“You will not enter paradise until you love your brother.”

Faqr is actually the same thing that empties the soul of the ego’s false reality.” Starting from Muraqabah to Mushahadah, the true follower of the Prophet (Sallallahu Alayhi Wasallam) then reaches Ma‘rifah i.e. the stage of recognition of the reality. That is why he in the highest degree is called Arif bi-Allah (knower by Allah).

It is through the Ma’rifah that the bridges the gap between the rational knowledge and the revealed knowledge. Seeing with the eye of heart (Ayn-al-Qalb) he see the reality behind the manifestation. Hence he is that who really sees, and none else does; such are the Ulu al-Absar (those who have vision); they are the Ulu al-Albab (those who possess the kernel).

True Iman always has a taste of spirituality in it, for without it belief would be mere theoretical knowledge which commits one to nothing and engages one in nothing. Hence a true and faithful Muslim always has a spiritual behaviour in thought and action.

So neither bland reason nor blind faith are truly emancipating. It is only Yaqin, the unconditional trust in the most truthful prophet (Sallallahu Alayhi Wasallam), which while on one hand saves you from the fetters of ignorance and on the other hand guards you from the deceptions of insipid reason where emotions have no implication and identity has no meaning.