Throughout history, plagues, epidemics and other outbreaks have caused havoc across the world. Fatal diseases like Cholera, Plague, Smallpox, Tuberculosis and Malaria killed millions in the past. With no better solution, the sick were removed away from the healthy population until the epidemic ran its course. The people were superstitious and believed in fairy tales, myths, spirits, dark magic, quackery and that gods inflicted disease and destruction upon those that deserved their wrath. Little did they know about the existence of bacteria, viruses, etc. This perception often led to disastrous responses that resulted in wiping out entire populations of a place and the deaths of millions. With the advent of scientific progress, humans have been winning the wars against infectious diseases through scientific inventions and discoveries. 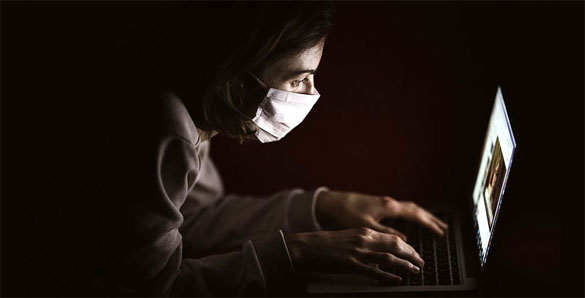 The evolution of scientific theories and the technological advances during the last few centuries revolutionized our outlook and modes of living on earth. A better understanding of infectious diseases, antibiotics and vaccinations allowed humans to have the upper hand against its invisible predators. Today when the world is facing the unprecedented situation of the Coronavirus, it is only science that can help us find a drug or a vaccine for its cure.

However, we find a considerable section of people with irrational beliefs, slanted biases and emotional inflexibility to be an issue far more concerning. One Federal Minister in Pakistan recently stated that that global outbreak of Coronavirus has spread into Pakistan due to ignorance of the religious community, from which certain prominent figures claim that the Coronavirus is a punishment from God and we need to repent. They further add that the scholars who have key knowledge and intellect are by the blessings of Allah, but to provide an ignorant and uniformed opinion at a critical and vulnerable time adds on to the potential destruction in the coming weeks.

The religious mass gatherings in different countries, particularly Saudi Arabia, Malaysia, Iran, etc. and the subsequent transmission of the virus by those returning home afterwards triggered the spread of Coronavirus in different parts of the world. This also includes the recent Tablighi Jamaat congregation at Nizamuddin Markaz in Delhi. We also experienced it in Kashmir where all the Coronavirus cases that were confirmed till date have links with religious gatherings. Kashmir is a landlocked place, remote and cut-off with only two locations Jawahar Tunnel and the airport where from the people can access this valley. The possibility of the virus reaching here was remote and could have been controlled otherwise. 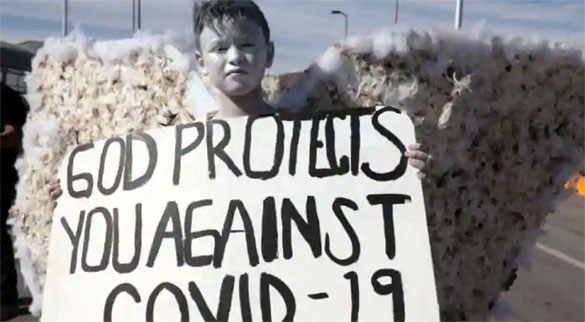 When the religious scholars ask people for congregation of prayers and vehemently declare that “we can beat Coronavirus” the virus spreads to a much large number of people. It was not the advisory or guidelines, but the societal pressure imposed that made religious scholars later change their viewpoints and advised people to pray in their homes. Alas! It was too late. The virus had already spread in Kashmir to unknown number of people who are currently being tracked. People don’t challenge theology but we must understand that we are living in the age of science and technology. We cannot challenge science; it has been the most exciting intellectual pursuit humans have ever carried out. The world has changed a lot more during the last 200 years than in the past 4000 years because of scientific discovery and innovation.

It is a fact that we cannot exclude the role of religion and spirituality in our lives. Religion has been our guide and saviour all along our lives and more so in times of extraordinary situations. Today, we are facing the unique challenges posed by the Coronavirus pandemic. We are helpless and turning to Allah for supernatural response as it is His desire that his servants turn towards Him, to free them from the snare and from the pestilence before it is too late. Allah is generous, merciful and He alone can heal us of our fear. Look at America, the most powerful country in the world; it has also been badly shaken by the threat of the virus. President Trump recently made a number of tweets asking people of all faiths, religious traditions and backgrounds to offer prayers. He declared Sunday, March 15th, as a National Day of Prayer, even though he was criticized for this stand. But it is also a fact that prayers alone cannot stop the Coronavirus.

Praying for a swift end to the disease is a good thing to start with but we must not cease asking God to add wisdom to our understanding. Religious illiteracy has become a serious issue in modern times. We don’t have one group of religious people but there are so many groups, sects with so many views all claiming to represent the true face of religion. When we say things like Coronavirus is nature’s fury, we must repent, the forces of nature are inevitable, it takes away our immediate duty and responsibility in doing anything at all to prevent its worst effects. Our religious scholars need to bring people on one platform, understand and discuss science, interpret scriptures in the light of modern rationalism. Superstitions and irrationality have no place, neither in the religious practice nor in the field of science.

Richard Feynman, noble laureate and one of the greatest teachers of Physics compared human knowledge to an expanding balloon. As the volume (i.e. knowledge) of the balloon grows, its surface (i.e. the unanswered questions) also grows. As an invisible stealthy killer is stalking the earth’s surface and moving from person to person while growing exponentially, there’s a pandemic of fear unfolding alongside the pandemic of the virus. The global reach and the modern media spread the fear of contagion faster than the dangerous virus itself. The big issue is how to stop worrying and not succumb to such fear in the face of uncertainty and unpredictability. The best way to conquer fear is to confront it and ultimately challenge the fear of death. We need to learn lessons from the Chinese resilience which recently reported no new cases of the virus. Furthermore, we need to follow all the scientific and medical guidelines that come from the administration. Religious scholars can boost the morale of the people and appeal them to avoid mass gatherings. Of course, there is no reason to fear, when Allah’s power and love is pervading in infinite measure all around. Science can help us in dealing with the Coronavirus issues while our strong and steadfast faith in God can help us cope with all such fears.