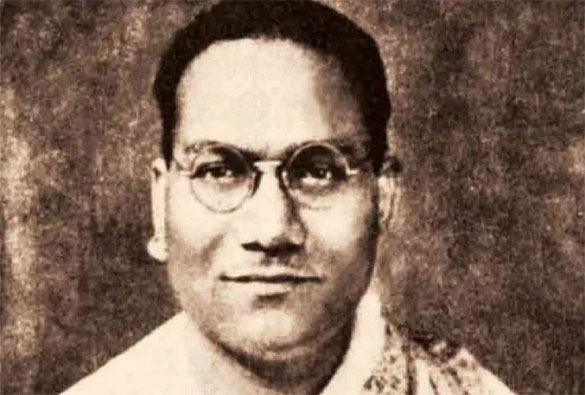 A few years ago, the City District Government Lahore had taken the decision to name one of the underpasses on the Canal Bank Road after Jogindranath Mandal, the country’s first law minister. Tragically, that promise was never fulfilled. I have no doubt that it was not fulfilled because if Mandal’s story became widely known it would sound the death knell to the entirely contrived ideology of Pakistan that has been rammed down our throats particularly since General Zia-ul-Haq’s 11 years of misrule, but more generally since 1949 when the Objectives Resolution was first passed in the country putting it on the road to theocracy.

Mandal’s story actually starts in 1946 in the aftermath of the elections that saw Muslim League almost completely sweep the Muslim seats all over British India. As leaders of the Congress and Muslim League, the two largest parties of the subcontinent, began bickering over a power sharing arrangement one of the contentious issues was the composition of the interim government and its cabinet.

Muslim League claimed that since it had overwhelmingly won the Muslim electorate, it alone should be allowed to nominate Muslim members of the interim government. This was unacceptable to the Congress that claimed the right to appoint its own Muslims to the cabinet as well. Ultimately, the compromise that was reached was that Muslim League would appoint five members of the cabinet, and the Congress may include a Muslim from its own quota of seven as a representative of the Congress. While this would in theory give Muslims six cabinet positions as a whole, this meant that Muslim League’s claim of being the sole representative of Muslims would be challenged in theory.

At this juncture, Mohammad Ali Jinnah, being the master tactician that he was, turned the logic used by the Congress on its head by appointing Mandal, a scheduled caste Hindu, on a Muslim League seat in the interim government of India. Always the careful constitutional lawyer, Jinnah was making several subtle points by doing so. Just as the Congress had challenged the League’s position as the sole representative party of the Muslims, Jinnah now challenged Congress’ claim to solely speak for the rest of the Indian minorities, particularly the depressed classes such as Dalits and other scheduled castes.

Congress’ own Dalit nominee was Jagjivan Ram. Mandal, Muslim League’s scheduled caste nominee for law portfolio, on the other hand was from Dr B R Ambedkar’s Scheduled Castes Federation. Since the Muslim League’s claim was that its members in the interim government represented 90 million Muslims of India, the second point Jinnah was making was that it was unimportant what faith a representative belonged to but rather who he was representing.

Therefore Congress’ appointment of a Muslim, Asaf Ali, on one of their own seats was immaterial, because Mandal was more of a representative of Muslims by virtue of Muslim League’s triumph at the polls than the Congress’ Muslim nominee. Thus it was that in that interim government, which was to be the nursery of independence for the subcontinent, a Hindu from the most marginalised community in India came to represent Indian Muslims. For Jinnah himself this was an echo from his own past, where he had once argued that non-Muslims could as ably represent Muslims as any Muslim could.

Indian nationalists have often downplayed the significance of this, putting it down to political manoeuvring on part of Jinnah. Yet if it had only been political manoeuvring Jinnah would have dropped the “charade” once Pakistan was created in August 1947. Instead, Jinnah specifically asked Mandal to preside over the very first session of the Pakistan Constituent Assembly, a high honour that if Jinnah so wanted could have been reserved for a Muslim personage like Shabbir Ahmad Usmani.

This was not politics any more. The father of the nation was establishing the pluralistic and indeed secular nature of the new state. Unlike the fictitious claims about Usmani being tasked to raise the Pakistani flag, a lie that has no basis whatsoever in history, these are verifiable facts that can be confirmed from the record of the Pakistan Constituent Assembly’s proceedings. It was Mandal presiding when Kiran Shankar Roy, a Congressman from East Pakistan, asked Jinnah to make a clear pronouncement on whether Pakistan would be a secular or a religious state. Jinnah answered that question with his extempore speech on 11 August 1947, which is as clear a statement of secularism as any in the world. In it he said very clearly that there would come a time that political distinctions of Hindu and Muslim would become immaterial, and that religion is a matter of personal faith between man and God, and is not the business of the state.

There has been a systematic campaign by the right wing to even bring this speech in dispute but transcripts of it exist not just in the Pakistani Constituent Assembly but also the Indian Constituent Assembly where it was quoted verbatim by Indian members as a prescription to be followed in India as well. It is a great matter of regret for all Pakistanis to admit that India has at least in its constitution followed that spirit, while we have rejected it in Pakistan and continue to suffer for it.

Jinnah then followed up his clear intentions by appointing Mandal as Pakistan’s first law minister. Surely if he wanted to make Pakistan a religious state, he would have appointed someone like Usmani instead of a Hindu with no knowledge of the Islamic law. Record shows that his cabinet did not include any member from the priestly class whatsoever. A few months later, he appointed the first foreign minister of Pakistan, Zafrullah Khan, from the Ahmadi sect, despite opposition from the clergy. Jinnah the statesman would not countenance bigotry whether inter-religious or intra-Islam.

Jogindranath Mandal’s existence in our history is evidence that Pakistan was not meant to be a theocracy that privileged Muslims over others. It also shows that the two-nation theory that Jinnah championed meant something entirely different from what it has come to mean to the Nazaria-e-Pakistan crowd today. Mandal was ultimately driven out by a Pakistan that lost its moorings soon after Jinnah’s passing. His letter of resignation makes painful reading for any Pakistani patriot. It shows that rot set in very early on, and most of our actions since have only made life unbearable for Pakistan’s dwindling religious minorities.

Yasser Latif Hamdani  is a lawyer based in Lahore and the author of the book Mr Jinnah: Myth and Reality.