Sufism as A Way to Counter Strands of Political Islam

By Yasmine Ryan and Shadi Rahimi

Worshippers sit outside the famous Tijani mosque in the ancient Moroccan town of Fes, emerging through the dramatic arched gates fresh from prayer. 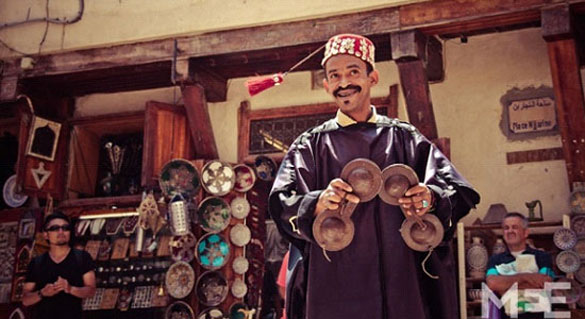 The mosque is named after Ahmed Tijani, the founder of one of the leading currents of Sufi Islam. Pilgrims have for many years come here from across West Africa, often on their way to Mecca. Tijani, who died in Fes in 1815, has millions of followers around the world.

Fes is known as the spiritual capital of Morocco, a country with a strong Sufi heritage. In recent years, however, competing conservative currents of Islam have gained ground among the youth here.

Sitting on a bench outside the Tijani mosque, Abdullah Gurnech, a retired army officer who has been coming to the mosque since his youth, says that poverty is one of the factors that has encouraged many to turn to Wahabism. 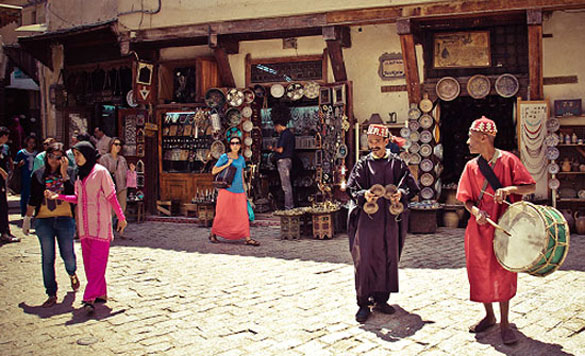 “The youth are more conservative today,” he says.

Still, he says he is starting to notice more local worshippers at the Tijani mosque praying alongside the mainly Senegalese pilgrims.

Two Gnawa performers wander through the winding streets of Fes, hunting for foreign tourists to play for. Just as similar performers have been doing for decades, they also earn a living performing Sufi-inspired ceremonies in the homes of Moroccan families. Such mystical ceremonies, influenced not only by Islam but also West African traditional mysticism, draw the ire of ultra-conservatives, yet for many Moroccans they are part of their heritage.

And lately, says Khalid Hamid, a 30-year-old dressed in a dark purple gown, business has picked up among Moroccan clients. The Gnawa, like the Tijani, are one of several Sufi brotherhoods prevalent in Morocco. 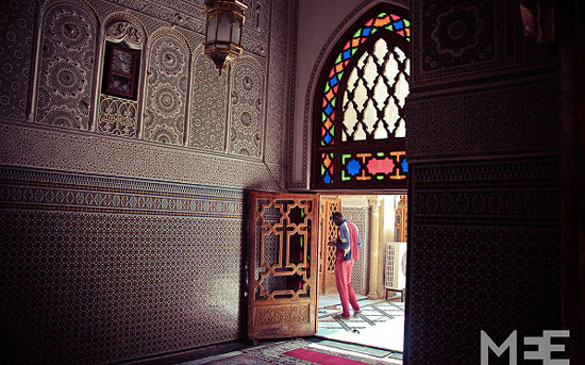 “There's been more demand lately,” Hamid says. “At weddings and exorcisms of women who’ve been possessed.”

The Moroccan authorities have for several years been actively promoting Sufism, a strategy that has been aimed partly at taking some of the wind out of sails of political Islam.

“There have been very strong attempts at a top¬-down revival by the ministry of religious affairs, on many levels,” explains Dr Isabelle Werenfels, head of the Middle East and Africa research division at the German Institute for International and Security Affairs.

The original idea was to counter the rise of political Islam since the 1980s. In Morocco, the country’s dominant Islamist party is the Justice and Development Party (PJD).

When there was a burst of political dissent in February 2011, King Mohamed VI was more nimble than many of his counterparts at managing the tensions, allowing the PJD to join the government for the first time in 2011 (they had spent the previous 14 years in opposition). The king’s critics, however, say the democratisation is happening too slowly, and that it is too tightly controlled and superficial.

Some see the strategy of building allies in the Sufi brotherhoods as just another form of clientelism. The Boutshishi brotherhood, as Dr Werenfels notes, has been condemned in opposition media as the ‘Sufis of the palace’ and the ‘free masons of Morocco’.

The fostering of Sufism has also been aimed at competing with the appeal of ultra-conservative Wahabism, which many here blame the Gulf States for propagating in a bid to exert power across the region.

By bolstering the role of the Zawiyah, as the Sufi lodges are known, the Moroccan authorities are filling a vacuum to prevent perceived foreign influence.

Two other reasons for the policy which Dr Werenfels highlights are as a diplomatic and economic tool in generating goodwill, the better to facilitate Morocco’s relations with West Africa, and also encouraging tourism.

“It fits into the overall discourse of patrimony and a modern revival of history. This is how it's being sold,” she says.

A similar strategy has been followed in neighbouring Algeria, with President Abdelaziz Bouteflika building a strong support base among Sufi actors.

It can be hard to measure the success of the King’s strategy. In mid-June, the annual Fes Sacred Music Festival saw tens of thousands of tourists descend on the town to celebrate Morocco’s unique Andalusian-Sufi heritage.

Then last week, also in Fes, a cell allegedly recruiting Moroccan volunteers to fight in Syria and Iraq was busted by the Moroccan authorities, evidence that the ultra-conservative fighting networks view the many unemployed youths here as fertile for recruitment.

Abdelfettah Bennis, widely seen as one of the most renowned Sufi singers of his generation, is a staunch supporter of the king’s policy of the state’s promotion of Sufism. He says it’s having a clear impact. 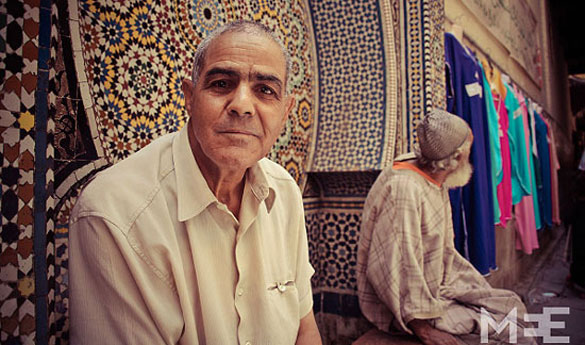 “The youth are much more interested in Sufism than they were ten or twenty years ago,” he says.

Two years ago, Bennis helped open a school teaching Sufi music to children. He also performs regularly at Fes’s annual Sufi Cultural Festival, now in its eighth year. But the role of Sufi figures goes well beyond the purely cultural.

"The interior ministry is reinforcing the Zawiyah to eliminate Wahabism,” he says. “Thanks be to God, the Sufis are strong here.”

Morocco’s Sufi revival is likely to mean Sufis will play a growing role not only in national political life, but also as a tool for furthering Morocco’s regional, and even international, influence.