The Muslim League and Pakistan

Recently I have been reading the voluminous book on the All India Muslim League from its inception to 1947 by Professor Rafique Afzal. This is a very well researched book which minutely traces the history of the most important Muslim party in pre-partition India.

While reading the book I began to wonder why almost all the references to the ‘Muslim League’ ended in 1947. Why is it that post-1947 there is little mention of the Muslim League (now the Pakistan Muslim League), and most scholars simply assume the line of the Pakistan government to be the position of the party too. While a number of scholars have argued different causes for the demise of the Muslim League as a political party post 1947, very few have delved into the party working post the independence era. Assessing how the Muslim League fell apart internally, and treating it as a variable separate from the government, might give researchers a new insight into political party organisations in Pakistan.

One of the primary arguments scholars make about the Muslim League is that it led a ‘Movement’, the ‘Pakistan Movement,’ and that after Pakistan was achieved the raison d’être for the party finished. It is clear that the creation of Pakistan was the most important objective of the Muslim League and that this cry brought together disparate members of the Indian Muslim community together under one banner, but to assume that a party will just disintegrate after its main objective has been achieved is an impulsive judgment.

A strong party structure was important to function in a democratic setup post-independence, but over dependency on one ‘charismatic leader,’ i.e. Mohammad Ali Jinnah, made the whole state machinery lopsided. 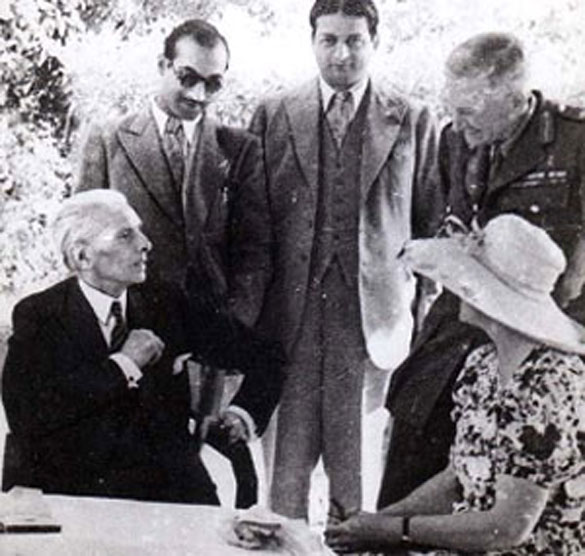 Recently, another book has also highlighted the weak nature of the Muslim League as one of the major causes for the different democratic directions of Pakistan and India. Dr Maya Tudor, in“The Promise of Power”, has argued that ‘…the strength and nature of their dominant political parties upon independence largely explains India’s and Pakistan’s democratic trajectories.”

She notes that, “The all-India League leadership was not drawn from among its lower ranks in a representative fashion, but simply at the behest of its single charismatic leader. The League also created no second or third tier of party leadership whose career success would be defined by advancement within the party organisation. Indeed, there was no incentive to do so because the Muslim landed aristocracy dominating the League possessed little interest in establishing institutions that shared power with the subordinate social classes that constituted the popular majority.”

It is important to note here that not only was a strong party structure really important for a country to function in a democratic setup post-independence, but over dependency on one ‘charismatic leader,’ i.e. Mohammad Ali Jinnah, made the whole state machinery lopsided. Without the ‘Quaid-e-Azam’ nothing was possible and indeed after his demise (and even before during his illness) things began to derail in Pakistan.

Thinking on the topic of the state of the Muslim League I came across a paper from the Ministry of Interior from 1952 which also lamented the state of the ‘national’ party. It noted: “The Muslim League, which had hitherto generally held the confidence of the bulk of the people even though many of its thoughtful supporters have had the uneasy feeling that all is not well with the organisation, has lost very considerable ground recently. Fissures inside the Muslim League have developed everywhere and the Party machine, never particularly efficient, has stopped working altogether

Therefore, at a time when the Congress party in India was reaping the benefits of winning the first general election in the country based on universal adult franchise, the government in Pakistan was noting the practical death of its founding party. Such a stark different within five years of independence was telling.

The Interior Ministry note went on to state that the position of the party was bleak in most of the provinces even though it has recently won provincial elections in some. It stated: “The successful conclusion of the elections in the Punjab and the NWFP provides no reliable index to the popularity of the Muslim League…in the NWFP the elections have accentuated Party jealousies and have even to some extent raised the stock of Red-shirt leaders. In Sindh, Balochistan and Karachi, the Muslim League organisations have been completely disrupted; and in East Bengal, the Party is skating on thin ice.”

Such a stark verdict on a party which claimed the adherence of all of Pakistan just a few years ago, was symptomatic of what was happening in Pakistan. With political institutions stillborn, the state machinery at loggerheads with each other (shortly there was a tussle between the Constituent Assembly and the Governor General), it is not hard to imagine how the only organisation with some coherence by then (the army) came to the fore and began calling the shots.

The reason why I am narrating the demise of the Pakistan Muslim League is not just because I want to make a historical point, but also to highlight the critical nature of strong political parties in the democratic setup of a country. Pakistan’s democracy will never develop deep root unless its political parties stop being a one man show, unless they start developing a second and third tier of leadership, and unless they develop internal structures which actually work.

Parties also need to involve people from different classes in order to make a broad based and representative party organisation. Pakistan has now begun to have regular elections, but these elections won’t mean anything soon if the parties participating in them do not change. The example of the weak Muslim League is before us in especially how its weak nature stymied democratic development in Pakistan. I hope that such mistakes are not repeated by political parties now.