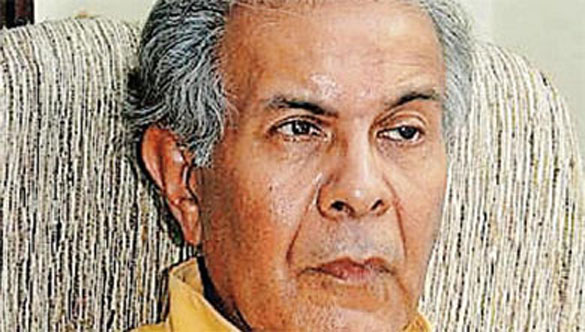 Thirteen years ago, Justice V.R. Krishna Iyer, pleaded in a piece titled ‘Unifying personal laws’ in The Hindu (September 6, 2003): “My powerful plea is that the personal laws may be reformed from within, without a quantum leap into a common code. Remarkable changes in Islamic laws are possible without violating the Quran but adopting progressive hermeneutics.” The issue described as ‘triple talaq’ has unnecessarily been confused with the issue of a uniform civil code, thus thrusting India’s minority Muslim community into the defensive. But this dilemma is essentially a question of whether the Supreme Court can pronounce on an issue of personal law. It is my case that it not only can, but must.

Ruling In the Shah Bano Case

The last time that Supreme Court sought to rule in a matter concerning personal law was in 1985 resulting in what has come to be known as the Shah Bano amendment. Shah Bano was married to Mohammed Ahmad Khan, an affluent and well-known advocate of Indore, Madhya Pradesh, in 1932. The couple had five children but after 14 years of marriage Khan took a younger second wife. For a time he lived with both, but when Shah Bano was 62, she was thrown out together with her five children. In April 1978, Khan even stopped giving her the paltry Rs.200 per month that is said to have been promised.

With no means to support herself and her children, Shah Bano petitioned a local court in Indore against her husband citing Section 125 of the Code of Criminal Procedure (CrPC), asking for maintenance of Rs.500 for herself and her children. Khan’s response: in November 1978 he pronounced an irrevocable Talaq (divorce), taking the defence that hence Shah Bano had ceased to be his wife and therefore he was under no obligation to provide maintenance for her except as prescribed under the Islamic law, which was her Mehr, promised on marriage, Rs.5,400 in all. While courts at different levels directed payment of different sums, all a mere pittance, holding that Section 125 of the CrPC applies to Muslims, in 1980 Khan took the matter in appeal before the Supreme Court claiming that Shah Bano was no more his responsibility because he had a second marriage, which was permissible under Islamic law.

The Supreme Court of India — in a two-judge Bench of Justices Murtaza Fazal Ali and A. Varadarajan who first heard the matter — held in light of the earlier decisions of the court that Section 125 of the CrPC did indeed apply to Muslims, referred Khan’s appeal to a larger Bench. Some Muslim quasi-religious bodies, namely the All India Muslim Personal Law Board (AIMPLB) and Jamiat Ulema-e-Hind, joined the case as intervener.

The matter was then heard by a five-judge Bench chaired by Chief Justice Y.V. Chandrachud and comprising Justices Ranganath Mishra, D.A. Desai, O. Chinnappa Reddy and E.S. Venkataramiah. In a unanimous decision of April 23, 1985 in Mohammed Ahmed Khan v. Shah Bano Begum and Ors. (1985 SCR (3) 844), the Supreme Court dismissed Khan’s appeal and confirmed the judgment of the high court. It held unequivocally that “there is no conflict between the provisions of Section 125 and those of the Muslim Personal Law on the question of the Muslim husband’s obligation to provide maintenance for a divorced wife who is unable to maintain herself”. There was no doubt, held the apex court, that the Koran imposes an obligation on the Muslim husband to make provision for or to provide maintenance to the divorced wife. Besides, Section 125 of the CrPC applies to all regardless of caste or creed. So Shah Bano had the right to be given maintenance money, similar to alimony. The court also went on to discuss the desirability of bringing a uniform civil code in India, holding that a common civil code would help the cause of national integration by removing disparate loyalties to laws which have conflicting ideologies.

This judgment was vigorously criticised by the Muslim clergy. I was at the time a Director in the Prime Minister’s Office (PMO), dealing with matters concerning the minorities. I found on my table a slew of petitions and letters criticising the judgment and seeking government intervention to overturn a ruling which in their view irreparably compromised Muslim Personal Law. The principal spokesmen for the clergy were Obaidullah Khan Azmi and Syed Kazi, founding members since 1973 of the AIMPLB, which was set up to safeguard Muslim Personal Law as enacted. But on my table were letters, petitions, and memoranda from organisations of Muslim clerics from across the country.

The source of Muslim Personal Law in India is the Muslim Personal Law (Shariat) Application Act, 1937, a law that is a colonial anachronism enacted to win over the Muslim clergy from what was, thanks to the legacy of the war of 1857, a Muslim population largely hostile to the British. As acknowledged in the Statement of Objects and Reasons of the Act, it was in fact moved by the Jamiat Ulema-e-Hind, described in the Act as the “greatest Moslem religious body”.

In my note on the file, I had pointed out that the representations received were primarily from the clergy and seemed to arise from an apprehension that the ascendancy granted to them by the 1937 Act in matters concerning social relations amongst Muslims was under threat. And indeed the law does state in Section 2 that in matters concerning “intestate succession, special property of females, including personal property inherited or obtained under contract or gift or any other provision of Personal Law, marriage, dissolution of marriage, including Talaq, Ila, Zihar, Lian, Khula and Mubaraat, maintenance, dower, guardianship, gifts, trusts and trust properties, and Waqfs (other than charities and charitable institutions and charitable and religious endowments) the rule of decision in cases where the parties are Muslims shall be the Muslim Personal Law”. But I advised that the apex court had arrived at its decision after due reference to the provisions of the Koran. The government must respect the supreme character of that court and even if the arguments of the clergy in the matter are well founded, it is for the court to judge on their application, not the government and not the clergy. I suggested that a reply go to each of the petitions advising that the petitioners seek a review by the Supreme Court. The most that the government might do in this regard is to agree not to contest the review.

It seemed awhile that this advice had been accepted, although no response was received to my suggestion that the PMO politely decline the request to intervene. Then one day as I entered Prime Minister Rajiv Gandhi’s chamber, I found M.J. Akbar sitting across his table. Rajiv smiled cheerily, “Come in, come in Wajahat, You are one of us.”

I found this greeting odd but was to discover the reason soon enough. Mr. Akbar had convinced Rajiv that if the government were not to contest the Shah Bano judgment, it would appear to the Muslim community that the Prime Minister did not regard them as his own. In what he perceived as the defence of their religious rights, Rajiv would show himself worthy of the support that the community had always placed in his family. This was the argument that Mr. Akbar developed in a Doordarshan debate with then-Minister Arif Mohammed Khan, in which Mr. Khan had argued that the Quranic provision or lack of it for maintenance was neither a compulsion nor closed to interpretation. But Mr. Akbar, more westernised, had argued that the Muslims needed the reassurance that only an amendment could bring.

A Setback for Muslim Women

The Muslim Women (Protection of Rights on Divorce) Act was adopted in May 1986 and nullified the Supreme Court’s judgment in the Shah Bano case. The Statement of Objects and Reasons of this Act clarifies that when a Muslim divorced woman is unable to support herself after the iddat period that she must observe after the death of her spouse or after a divorce, during which she may not marry another man, the magistrate is empowered to make an order for the payment of maintenance by her relatives who would be entitled to inherit her property on her death according to Muslim law. But when a divorced woman has no such relatives, and does not have enough means to pay the maintenance, the magistrate would order the State Waqf Board to pay the maintenance. The ‘liability’ of the husband to pay maintenance was thus restricted to the period of the iddat only.

The consequences of this Act are open to debate. Yet the message that it brings home is that the application of the usual law, as enunciated by the Supreme Court, would have been of greater benefit and extended to the Muslim woman the rights granted to other Indians. Worse, the Act generated a conflict of interest between the two principal religious communities of India, fostering hostility against each other and the government.

In today’s vitiated communal environment it would be best if the apex court were to take on the responsibility of interpreting the law in light of the widely excoriated practice of triple Talaq, which in the view of many practising Muslims is not the law.