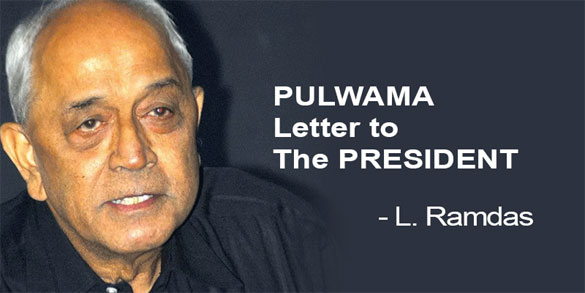 There are a number of social media posts which are doing the rounds, propagating the falsehood that the soldiers of a ‘Muslim Regiment’ of our Indian Army had refused to fight against the Pakistan Army during the 1965 India-Pakistan war, and the ‘Muslim Regiment’ was therefore disbanded (the word used in the tweets is ‘dismantled’).

We all know that there never was a Muslim Regiment in our Army and that many Muslim soldiers have fought against Pakistan and continue to defend our country shoulder-to-shoulder with soldiers of other religions. Indeed in 1965, CQMH Abdul Hamid was awarded PVC, and Maj (later Lt Gen) Mohammad Zaki and Maj Abdul Rafey Khan (posthumously) were awarded VrC. 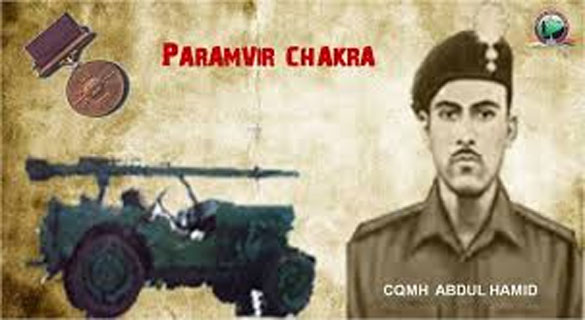 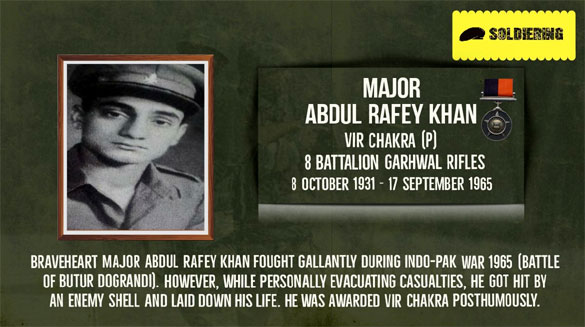 These ‘Muslim Regiment’ social media posts are probably part of the ‘psyops’ – psychological operations - of Pakistan’s ISPR, or indeed of the many groups named in the various social media posts referred to in the text of our Open Letter. Whatever be the source, these allegations are clearly designed to generate ill will and raise suspicions against Muslims in general, and lower the morale of our Armed Forces.

Some of us have prepared and already signed a Letter [please scroll down] with the subject “False Social Media Posts on ‘Muslim Regiment’”, addressed to the President of India (as Supreme Commander of our Armed Forces), requesting that the matter be investigated for suitable action, in the larger interest of National Security. In the letter, we have quoted many references of Twitter & Facebook posts even as recently as 20 Sep 2020.

If you decide to endorse the letter after reading it [please scroll down], you will need to do so before 2200-hrs on 03 Oct 2020, so that signatures can be compiled and arranged.

Your endorsement needs to be done by filling in your details of Rank, Name, Regiment/ Unit/ Service and Decorations (if any), on the Google Sheet which accompanies the Letter.

After the addressees have received the E-mailed Letter, it will be released to the media.

We, the signatories, are all Veterans of the Indian Armed Forces, who have served in the defence of our nation in various ranks and appointments in peacetime and in operational/war zones, over the past several decades. We do not represent any group or political party, and each of us only has the best interest of our country and our Armed Forces at heart in making this Statement.

We therefore request that our respectful comments, requests and urgings in the following paragraphs be taken in that spirit alone.

We wish to draw your attention to the outright falsehoods being spread by forces inimical to our country and our Armed Forces, which will adversely affect morale and national security. We specifically refer to a number of social media posts to the effect that a ‘Muslim Regiment’ of the Indian Army refused to fight against Pakistan in India’s 1965 war with Pakistan, and was therefore disbanded. When we refer to ‘soldiers’, we mean All Ranks of India’s Army, Navy and Air Force.

These falsehoods began in 2013, when @120croreHindus - ‘World Hindus United’ posted the following on Twitter on 19 May 2013 at 9:57AM: “In 1965 there was a regiment in Indian Army called Muslim regiment which refused to fight against Pakistan after which it was dismantled." [https://mobile.twitter.com/120crorehindus/status/335975010877464576?lang=en]
The tweet was meant to show that Muslim soldiers had their loyalties to Pakistan rather than India. The ‘Muslim Regiment’ post has been re-tweeted many times thereafter, and its insidious surfacing during the on-going Chinese aggression, is certainly suspect.

The hundreds of such tweets cannot be included in this letter, so examples mentioning social-media identity, date-time and social media channel are provided below, beginning with the most recent:

These ‘Muslim Regiment’ posts are blatantly false, because the Indian Army did not have a Muslim Regiment in 1965 or since. Some senior-ranking Veterans have unequivocally pointed out the false nature of these posts. Veteran Lt Gen S.A.Hasnain in his Times of India blog of 30 Nov 2017, states that this was not true, and was possibly part of Pakistan’s Inter Services Public Relations (ISPR) psyops disinformation campaign. [“The ‘missing’ Muslim regiment: Without comprehensive rebuttal, Pakistani propaganda dupes the gullible across the board”; <https://timesofindia.indiatimes.com/blogs/toi-edit-page/the-missing-muslim-regiment-without-comprehensive-rebuttal-pakistani-propaganda-dupes-the-gullible-across-the-board/>].

We further wish to point out that Muslims fighting as part of multi-class regiments proved their absolute commitment to the cause of our nation. For example, Quartermaster Havildar Abdul Hamid was posthumously awarded Param Vir Chakra, for his courage and valiance in the Battle of Asal Uttar during the 1965 India-Pakistan War. Also in the 1965 war, Major (later Lt Gen) Mohammad Zaki and Major Abdul Rafey Khan were both awarded Vir Chakra, the latter posthumously, when he fought against the Pakistani division commanded by his own uncle, Maj Gen Sahibzada Yaqub Khan. Such are the legends of Muslim Warriors

Even earlier, at partition in 1947, when his Baluch Regiment went to Pakistan, Brigadier Mohammad Usman chose to remain in the Indian Army. He was approached personally by Jinnah to move to Pakistan, but he refused. He fought the Pakistani invasion in Kashmir, was the senior-most officer killed in action in July 1948, and was posthumously awarded Mahavir Chakra for his gallantry. He lies buried in the Jamia Millia Islamia campus in Delhi and remains an inspiration to students who throng the annual memorial service that India’s Parachute Regiment conducts to honour the gallant paratrooper.

Our soldiers fight shoulder-to-shoulder as a Team at every level of all military functioning and operations from the Section and Platoon level up to the highest level, based upon mutual trust, respect, comradeship and fraternity, regardless of the religion, language, caste, etc. of other members of the Team. Social media posts like the ‘Muslim Regiment’ posts put in the public domain are an insidious attack on the morale of our Armed Forces. It generates doubt in the public mind that if Muslim soldiers cannot be trusted, then other Muslims too are no different. It exacerbates mistrust and hate between communities.

The ill-motivated ‘Muslim Regiment’ posts on social media have far more reach among the public than a few denials by senior Veterans like Lt Gen Hasnain, and hence cause serious damage to the morale of soldiers and to the social fabric of our diverse nation.

When falsehoods like the ‘Muslim Regiment’ posts are repeated often as they have been, starting perhaps in 2013, the public assumes that it is the truth, especially when there is no official action against the perpetrators.

It may well be the cause at least in part, to the increasing anti-Muslim feeling among the Indian public since that time. It may show the success of the psychological warfare waged by enemies of the Republic of India, through agents like those who have tweeted about the ‘Muslim Regiment’. It needs no emphasis that social unrest adversely affects the morale of soldiers who are far away from their families, doing their duty to defend our borders, at daily risk to life and limb.

The ‘Muslim Regiment’ posts are an attack on India’s Armed Forces. Remaining a-political and secular has been an article of faith for every soldier, sailor and airman, both at the institutional and individual levels. Every soldier swears to protect the Constitution of India even at peril to his/her life in the service of our nation, and serves in harsh and high-risk field service conditions. He/she also endorses the principle of civil control over India’s Armed Forces, Which Have Loyally Upheld Constitutional Democratic Principles.

Today, our soldiers are facing the Chinese aggression in Aksai Chin and also elsewhere, while the threat from Pakistan remains, and our troops additionally remain deployed for internal security duties. While in any situation, the ‘Muslim Regiment’ posts would be condemnable, in the current situation on our borders it is especially so, calling for serious attention of Government and expeditious action to counter Pakistan’s propaganda.

We further appeal to you to ensure that the secular and a-political character of our Armed Forces is preserved, and to adhere unwaveringly to the vision and spirit of the Constitution of India, which spells out the framework for our nation and its people.

As we have done during our active service in the past, we assure you of standing in solidarity with our nation, the Constitution of India, the Government of India and our gallant Armed Forces.

We the undersigned, endorse the above Statement: