The Palestine Problem Rather Than Getting Solution Seems To Be Getting More And More Worse, As It Is Entangled With Islamism, Terrorism, And US Hegemony In World Affairs

1. It is Pope Francis who should take initiative for a possible resolution of the Palestine – Israel conflict

2. The global leaders, including that of the US, Israel and Palestine should accept Pope’s leadership on the matter.

3. The UN, Arab Nations, Israel, and the Palestinian Authority have recognized the core issues to the conflict. 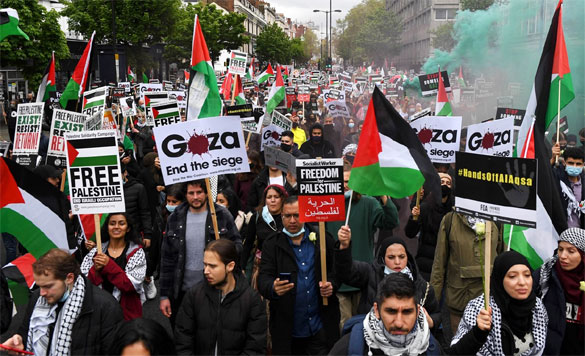 The Palestine Problem is one of the toughest problems of recent global history. It is over a century old now, and it has been the subject of a large number of resolutions and inquiries by the League of Nations, the United Nations, and other international bodies. Rather than getting a solution, it seems to be getting more and more worse, as it is becomes entangled with Islamism, terrorism, and US hegemony in world affairs.

The link between justice and peace is a significant issue requiring both sides’ attention, but, given the wide and currently unbridgeable gap separating the two sides; it should be included in the process of conflict resolution.

The objective of this small paper is very limited:  It just highlights the urgency of a new initiative under our Pope Francis.

The current conflict is deeply agonizing because of the loss of innocent blood. More than 17,000 Palestinians in Gaza are undergoing another episode of dislocation as Israel escalated its attack on civilian infrastructure on May 15, 2021. At least 145 Palestinians in Gaza, including 41 children, have been brutally killed since Israel began bombing. Around 2000 more have been injured. Even though the casualties in Israel are much lesser, the fear psychosis is widely rampant throughout Israel.

The U.S. government is not considered as a neutral body because of its intimate relationship with Israel and experience has proved that America is incapable of solving the problem.

The UN, Arab Nations, Israel, and the Palestinian Authority have recognized the core issues to the conflict: 1) Israeli withdrawal from occupied territories, 2) Israeli acknowledgement of a Palestinian nation and self-governance, 3) Arab nation’s acceptance of Israel’s right to exist, 4) the right of return by Palestinian refugees. Nevertheless, even if the core issues are resolved, peaceful co-existence will most likely not occur until the “human” issue is addressed by both Israelis and Palestinians.

The veto power of the US almost every time has acted as a hindrance over UN resolution of the issue. Since Jews, Christians and Muslims are claiming Abraham as their most ideal person, they can settle the issues on Abrahamic ethics. If to be a Christian, Muslim or Jew one has to love the Lord our God with all of his or her heart, mind and soul, and to love for fellow human being what love for oneself. It is the ethical principles and values that are connecting them. Abrahamic religions share the common roots of "Abrahamic ethics" in the two great divine commandments - loving God and loving one's neighbours. This simple formula can solve all global issues.

In God's kingdom, it is a pious act to bring people together who are in conflict. In Matthew 7:3-5, Jesus Christ taught us that if we are going to take the speck out of our neighbour’s eye, we must first take the log out of our own eye. Jesus also said that if our eye offends us, we should pluck it out, and if our hand offends us, we should cut it off (Matthew 5:29-30). In other words, believers should be ruthless in seeking to get rid of their personal sin rather than accusing others. The results of conflict resolution will definitely be peace. God is the God of peace (1 Thessalonians 5:16) and we show ourselves to be His children when we seek to make peace in the whole world.

The word “Islam” itself means peace. The Qur’an 59:23 informs that peace is one of the names of God himself: “He is God, other than whom there is no god, the King, the Holy, the Peace, the Defender, the Guardian, the Mighty, the Omnipotent, the Supreme.”

Pope Francis is the embodiment of peace on earth. He recently said: “Justice is the second wing of peace. No one, therefore, can believe in God and not seek to live in justice with everyone, according to the Golden Rule.” Religions “should keep watch as sentinels of fraternity in the night of conflict. They should be vigilant warnings to humanity not to close our eyes in the face of injustice and never to resign ourselves to the many tragedies in the world,” he said.

Although a gross simplification of the reality, the perception is a conflict between Muslims and Jews, it is Pope Francis the second who should take initiative for a possible resolution of the Palestine – Israel conflict.

The need of the hour is that a faith-based initiative be pioneered by Pope Francis second. A project on this effect shall be begun immediately. The global leaders, including that of the US, Israel and Palestine should accept Pope’s leadership on the matter. All the stakeholders should take part in the peace process as a bounden duty towards our God and our neighbours in faith.

V.A. Mohamad Ashrof is the Joint Secretary of Forum for Faith and Fraternity Kerala.