ARAB countries that ousted their rulers are embarking on the important post-revolutionary task of rewriting history. Education ministries in Egypt, Libya and Tunisia are purging school textbooks of the praise they once heaped on former dictators. Teachers are making ad hoc changes in their classrooms too. But what to teach is contentious. 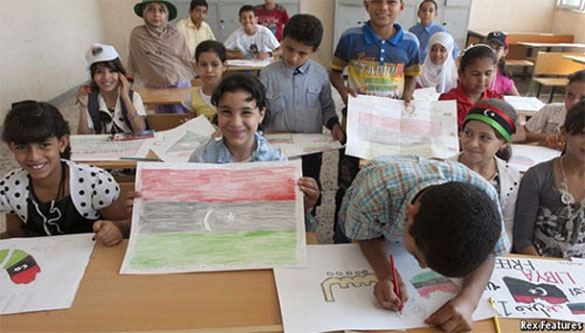 Last year, when the Muslim Brothers were in power, Egypt altered school history curricula to downplay exaggerated achievements of former president Hosni Mubarak. They also relieved Suzanne Mubarak, his wife, of her former position as one of the “greatest female figures in the history of Egypt”. It was more controversial when school teachers affiliated with the Brotherhood opted to teach their own unofficial curriculum, exaggerating the movement's role in the 2011 uprising.

In July when President Muhammed Morsi was ousted, calls rose to remove him from history tomes. The education minister refused, but decided that Hassan al-Banna, the Brotherhood’s founder, should not be featured.

There have been disputes over lesser known figures too. In September, a photograph of an Arab spring icon in a second grade Egyptian Arabic language book sparked fierce debate. Khaled Said, who was beaten to death in 2011 after being taken into police custody, is considered a trigger for the revolution. But some police and some parents objected, claiming he was a junkie and a poor role model for children.

Post-revolutionary Libya in 2011 took a sledgehammer to its old history curriculum, a bizarre mix of leader-worship, xenophobia and feverish Arab nationalism. Libyan children now pore over every battle in their civil war and the gory details of the death of Colonel Muammar Qaddafi, their former ruler.

Historians have written reams on events since the Arab revolutions. Tunisian academics are studying the rebellious tendencies of revolutionary hotspots such as Kasserine, a town locals say produced more martyrs than any other in 2011. Comparisons with the West are also popular Tunisians regularly compare their uprising to the French revolution, says Kmar Bendana, a historian.

But history remains a thorny and highly politicised subject. In Libya, locals continue to battle over facts. The eastern cities of Baida and Benghazi are locked in a dispute over which of them sparked the revolution. Both Misrata militia and some Benghazi fighters claim to have shot Qaddafi in October 2011. So history is a risky business for those charged with recording it. Faraj Najem, a Libyan historian, was criticised for his recent effort to expand the definition of martyrs to include those who were killed by NATO while fighting for Qaddafi. He says his endeavour may be premature “I'm writing on shifting sands,” he sighs.