Jammu and Kashmir Did Not Belong To Pakistan Just Because It Had A Muslim Majority: Dr. Shabir Choudhry, a Leader of United Kashmir People's National Party (UKPNP) 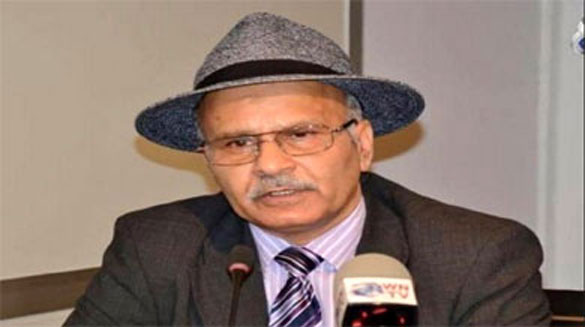 India's decision to revoke Article 370 of the Indian Constitution, which accorded special status to Jammu and Kashmir, has rattled Pakistan to the brim. At a time when New Delhi promises growth and investment in the region, Pakistan "rejected" all moves and vouched to take "all possible actions" to counter the steps.

Dr. Shabir Choudhry, president of the Foreign Affairs Committee of the United Kashmir Peoples National Party in a blog said, Pakistan's love and affection with the citizens of Jammu and Kashmir can be seen from this bitter fact that in the past 70 years, they have not granted fundamental human rights to the people who live under Pakistani control. However, they shed crocodile tears for those living under the Indian control -- hypocrisy worth exposing.

Furthermore, Pakistan's respect for the region can be seen from this callous act that in 1963, without consulting any local people or puppet government of Pakistan occupied Kashmir (PoK), they 'gifted' a large chunk of the territory, around 2,000 square kilometres to China, he added.

Tensions between India and Pakistan recently spiralled after the Indian Parliament on Tuesday passed a resolution to revoke Article 370 and a bill bifurcating Jammu and Kashmir into two Union Territories.

The new union territories of Jammu and Kashmir and Ladakh will come into existence on October 31.

The Two Nations Theory, which formed the basis of the creation of Pakistan, did not apply to Jammu and Kashmir, and other princely states, said Dr. Choudhry, adding that Mohammed Ali Jinnah, a constitutional lawyer had also acknowledged this fact, and practically endorsed it by accepting accession of the then princely state of Junagarh, which had two third non-Muslim majority.

Apart from that, Pakistan, by entering into a bilateral agreement, also known as a Standstill Agreement, with the Maharaja of Jammu and Kashmir, Hari Singh, had then acknowledged this fact that Jammu and Kashmir was a separate political entity, he added.

This clearly means that Jammu and Kashmir did not belong to Pakistan just because it had a Muslim majority. In addition, Islamabad, since then, has also been deliberately misleading people of the region and the world at large, he asserted.

In order to impress the residents of the region, Pakistani and compliant media has been shedding crocodile tears on plight of the people of Jammu and Kashmir, yet ignoring the fact that it was Islamabad which had violated the Standstill Agreement and attacked Jammu and Kashmir with intention to occupy it because Maharaja Singh refused to sign on the dotted line, Choudhry wrote in his blog.

Tens of thousands of innocent citizens of Jammu and Kashmir were mercilessly butchered, women kidnapped and raped, property looted and burnt by insurgents in 1990s, he added.

In other words, India separated Ladakh from Jammu and Kashmir in August 2019; but Pakistan did that in 1948; but formalised it in the 'Karachi Agreement' of April 28, 1949; where puppets of PoK had to sign on the dotted line, Choudhry said.

Apart from that, Islamabad abrogated the State Subject Ordinance in 1974 and allowed tens of thousands of Pakistanis to settle in various important parts of Gilgit and Baltistan. That has not only affected the demography of the region, but it has also allowed the non-local people to control the economy and politics of the region, the blog read.

Last week, Pakistan further decided to downgrade bilateral ties with India and suspend all bilateral trade activities with the neighbouring country in the aftermath of the scrapping of special status to Jammu and Kashmir.

On its part, New Delhi asked Islamabad to review its decision so that normal channels for diplomatic communications are preserved while strictly maintaining that its steps in Jammu and Kashmir are an "entirely internal affair".

The international community has urged both countries to exercise restraint and ensure that peace and stability prevail across the Line of Control (LoC).