“On a preliminary analysis it is clear that the appellant as the mother-in-law of the second respondent (wife) cannot be accused of the offence of pronouncement of triple Talaq under the Act as the offence can only be committed by a Muslim man (husband),” a Supreme Court Bench led by Justice D Y Chandrachud observed in a recent case decided under the Muslim Women (Protection of Rights on Marriage) Act of 2019, popularly known as the anti-triple talaq law. The facts of the case show that the Act is being as gravely misunderstood as was, and still is, the true Islamic law on divorce. 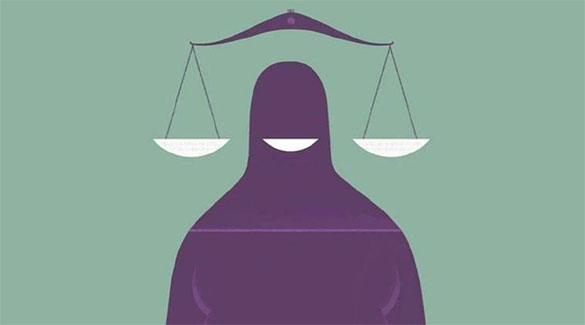 The background of the anti-triple Talaq law needs to be explained. The blatantly anti-women divorce customs prevalent in pre-Islamic Arabia had been given a severe blow by the teachings of Prophet Muhammad who was, indeed, a great social reformer. Demonstrating the truth of the saying “old habits die hard”, unscrupulous men innovated, in the course of time, ways and means to circumvent the Prophet’s noble teachings. One of these was the practice of triple Talaq — repeating the word “Talaq” thrice — which was believed to effect instant dissolution of marriage leaving no room for any reconsideration or reconciliation. Instead of nipping in the bud that abominable innovation, law men of the time called it Talaq-ul-Bidat and declared it to be “sinful but effective”. This self-contradictory concept remained in vogue for centuries in Muslim societies across the globe. Twentieth century reformers in some Muslim-dominated lands at last woke up to the need to save families from devastation and demanded that what was “sinful” by religion must not be enforced by law. Country after country in Asia and Africa gradually abolished by legislation the detestable practice of triple talaq.

India took a much longer time to follow suit. During British rule, courts accepted and enforced this “sinful but effective” form of divorce calling it a concept “bad in theology but good in law.” In the early years after Independence, some High Court judges — VR Krishna Iyer of Kerala and Baharul Islam of Assam among them — tried to awaken the custodians of state authority to the need for its abolition. A Muslim judge of Kerala bemoaned: “Should Muslim wives suffer this tyranny for all times? Should their personal law remain so cruel towards these unfortunate wives? Can it not be amended suitably to alleviate their sufferings?” Social reformers also demanded that what was bad in theology should be bad in law too. Finding that legislation required for it was nowhere in sight, the apex court of the country tried in some cases to indirectly curb the archaic practice and eventually outlawed it in the Shayara Bano case of 2017. The anti-triple talaq Act of 2019 was the outcome of this judicial reform.

Section 498A of the Indian Penal Code (cruelty to a woman by her husband or his relatives) is often misused. This undeniable fact was once acknowledged by the apex court, though it had to withdraw under feminist pressure the measures it had directed to curb the trend. Like the said provision of the Penal Code, the anti-triple talaq law of 2019 is also prone to misuse and their dishonest combination may play havoc with families. In the triple Talaq case under reference, lawyers of a Kerala woman had included her husband’s mother in the FIR filed against him under the 2019 Act by vaguely alluding to the said IPC provision. For understanding the common sense fact that this Act is meant to discipline erring husbands only, the learned lawyers needed a learning session with the apex court.

The provision for bail to be granted to the accused husband under Section 7 of the 2019 Act has been particularly misunderstood. Many lawyers misbelieve that it overrides the general provision for anticipatory bail under Section 438 of the Criminal Procedure Code. Soon after the enactment of the Act, a man accused of committing the offence it had created sought anticipatory bail in the Bombay High Court. His wife’s lawyers argued that the non-obstante clause in Section 7 of the Act had rendered the CrPC provision inapplicable to cases under its provisions. Rightly rejecting the argument, the court granted bail. 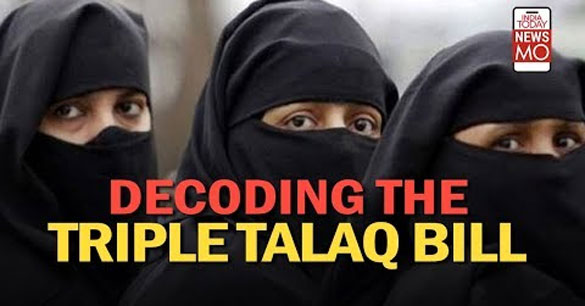 In contrast, in the case under reference, the Kerala High Court had accepted the same faulty argument to refuse bail to the accused husband’s mother, who then had to knock at the apex court’s doors. Explaining the position under the Act, the court emphatically held: “Parliament has not overridden the provisions of Section 438 of the CrPC. There is no specific provision in Section 7(c), or elsewhere in the Act, making Section 438 inapplicable to an offence punishable under the Act.” The verdict is a significant step towards preventing the misuse of the anti-triple divorce law.

Original Headline: Flawed understanding of triple talaq law is leading to its misuse