Bury the Hatchet and Move On

Padmavat, Panipat and Now ' Samrat' Prithiviraj All Have a Common Leitmotif: Foreigners (Read Invaders) Versus Patriots 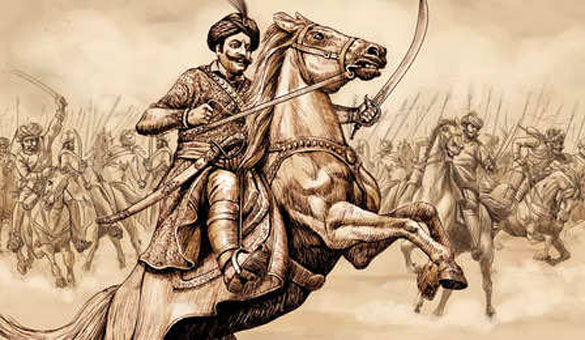 Perpetuating the recent trend of extolling India's glorious and valorous past, a new movie on Prithiviraj Chauhan's life and heroics has recently hit the marquee. The narrative is predictably nationalistic. It's, therefore, time to get the facts straight for the sake of Truth.

“The two armies met in 1191 at Taraori (now in Haryana state), about 70 miles (110 km) north of Delhi. Amid fierce fighting, Muḥammad Ghūrī was seriously injured, and his forces withdrew in disarray. Muḥammad Ghūrī raised a far stronger army consisting of Persians, Afghans, and Turks, and in 1192 he advanced again on Taraori. Prithviraja mustered a vast force to meet Muḥammad Ghūrī, but infighting and enmity within the Rajput camp had weakened his position. Whereas the first battle hinged on the numerical weight that Prithviraja’s forces could bring to bear on the flanks of the Ghūrid army, the second was a study in mobility. Muḥammad Ghūrī used mounted archers to harass Prithviraja’s front lines. When elements of Prithviraj’s army broke ranks to engage in pursuit, they were destroyed by heavy cavalry. The change in tactics confounded the Chauhan forces, and Prithviraja’s host was routed.

Prithviraj fled the battleground, but he was overtaken and captured a short distance from the site of the battle. The king and many of his generals were subsequently executed, and the collapse of organized resistance in northern India led to Muslim control of the region within a generation. "

Dr R C Majumdar, one of the greatest historians of India, wrote decades ago, “When a country's history or an episode from history is intentionally written from the angle of foreigners versus patriots, it degenerates into a saga of jingoism. It's not just bad for history but also bad for the country."

Padmavat, Panipat and now ' Samrat' Prithiviraj all have a common leitmotif: Foreigners (read invaders) versus patriots. I don't want to delve into the historical discrepancies and factual errors (which are too many to count) in the movie, my point is different. How long shall we continue to flog the dead horse by harping upon the 'fact' that Muslim invaders plundered, raped, converted, pillaged and desecrated 'Mother India?' Enough is enough. A war or battle cannot always abide by strict rules of ethics. In fact, if you follow ethics, you cannot wage a war in the first place. You cannot eat the cake and have it too. Saying that Muhammad Ghori captured and tortured Prithviraj is factually wrong. He was beheaded along with his seven generals at the behest of Ghori without any torture (Read Sacchidanand Sinha's out of print long essay, ' Blunders of Rajput kings'). Moreover, there's no point in calling it a Hindu-Muslim battle. Young Babar himself beheaded Ibrahim Lodhi after defeating the latter in the first Battle of Panipat in 1526. Both were Muslims and at that time Babar was an invader. Will you call Lodhi a patriot, though he had a settled dynasty in erstwhile Bharat? There was no idea of a nation at that time.

We learnt the concept of a country from the Brits. Did you know, Hakim Khan Suri, an Afghan Pathan, was the commander (Senapati) of Maharana Pratap's army? Ironically Akbar's Mughal army was led by a Hindu king Man Singh and Maharana Pratap's army was led by a Muslim, so the war wasn't between Hindu and Muslim but between the invaders and settlers. Ibrahim Khan Gardi (died 1761) was a Muslim general of Maratha Empire. An expert in artillery, he initially served the Nizam of Hyderabad, before working for the Peshwa of the Maratha Empire. As a general of the Maratha Empire, he commanded a force of 10,000 men, infantry and artillery. He was captured and killed by the Durrani soldiers during the Third Battle of Panipat in 1761. Ahmad Shah Durrani aka Ahmad Khan Abdali ordered his soldiers to gouge out Gardi's eyes before beheading him. Weren't both Muslims? Wasn't a staunch Muslim (Gardi) unwaveringly loyal to his Hindu masters (Marathas and Peshwas)?

What're we trying to project with these cinematic narratives? The objective is blatantly, binary and flagrantly communal. This deliberate historical dichotomy will further alienate a community which is already battered and beleaguered. A palpable pattern seems to be going on, which's quite disconcerting. Here, I'm not projecting Muslims as the Noblest Souls with a Snowhite Character. They too have been the most unscrupulous and perfidious people, but calling and considering all Muslims to be devils is a Fallacy of Generalisation. Let bygones be bygones. Bury the hatchet and forge a new chapter of togetherness and bonhomie. By the way, Prithviraj Chauhan was just a chieftain. Calling him Samrat is a trifle too much. But then, the 'modern' India is obsessed with honorifics and outlandish titles.