China continues to flex its muscle either by claiming territories militarily or pressurising countries in possession of maritime assets in the South China Sea . Today, it has more enemies than friends but its pursuit of expansionism and human rights abuses on Tibetans and Muslim Uighurs in Xinjiang region in western China stand out as an affront to human dignity. 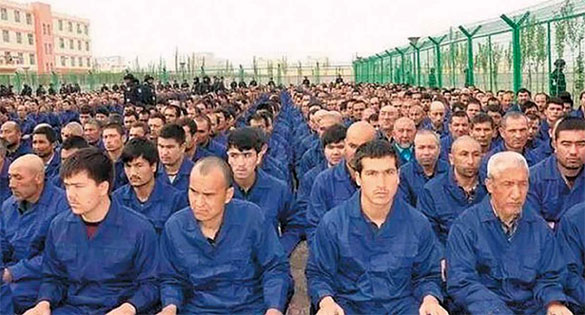 ntaining a consistently dismal record of oppression against the Uighurs, China remains indifferent towards the UN, EU and any kind of international pressure. There had been credible reports in the past and they still continue to flow about China running of numerous concentration camps in various parts of the country in the name of rehabilitating the Uighurs. But in reality, these Muslims are subjected to severe torture, massive indoctrination and violation of privacy through most unethical means. 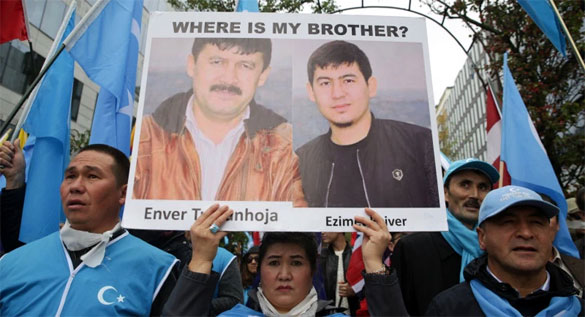 Protesters take part in a rally in support of Uighurs in Brussels on Oct. 1. ARIS OIKONOMOU/AFP VIA GETTY IMAGES

Fresh revelations, in the meantime, about the Chinese perpetrating extreme measures to subdue the Uighurs are stunning and put the country’s Communist party to shame. A recent intensive research conducted by eminent scholar Dr Adrian Zenz, who is an authority on Tibet and Uighurs, has revealed that China has resorted to a new nefarious plan to forcibly suppress birth rates amongst the ethnic Uighur communities, including mass application of mandatory birth control and sterilisation.

The Communist Party of China (CCP) is closely following the implementation of this ambitious project, working in sync with the government. Also, there is a concerted move by these twin pillars of power in China to change the demography in the Uighur dominated area of Xinjiang by an influx of Han population to repress the Uighurs and stifle their dissent.

This is clearly to promote the State policy of creating a Chinese Nation Race or Zhonghua Minzu. CCP, hand in glove with the government, continues to violate human rights targeting the Uighurs. This meets the criteria for genocide as defined by the UN and must be noted by the international community. Meanwhile, Chinese authorities have stepped up surveillance to monitor movements of the Uighurs within and outside China. A massive and belligerent hacking campaign is also adopted to keep the Uighurs in check. This was started in 2013 but is now seen to be peaking.

There are very credible reports to confirm that many phones belonging to the Uighurs are seized by the police and returned only after spyware is installed. This spyware enables the Chinese authorities to keep track on the movements of the Uighurs in Indonesia, Pakistan, Afghanistan, Kuwait or even Syria, where many Uighurs were suspected to have joined the ISIS cadres. As part of their crackdown on Uighurs, the Chinese police, through electronic methods, have also started storing blood samples, voice prints, facial scans and other personal details of the Uighurs.

The net seems to be closing in every day with very strict control even over routine activities. This is inhuman and defies all norms of human dignity. Yet, the Chinese are determined to crush the spirit of the Uighurs to derail their movement for an autonomous region or for an independent East Turkestan. Other than this, Chinese authorities also hack various apps installed on their phones or computers. These apps include hospitals, malls, shopping centres and medicine shops.

This is nothing but a bizarre infringement of privacy. Such reports stand duly confirmed by Toronto-based Munk School of Public Affairs and a security firm known as Volexity. They don’t rule out such electronic penetration by the Chinese authorities in Tibet too. In the meantime, reports suggest that the US Federal Communications Commission has designated Huawei Technologies Company and ZTE groups as national threats. Their close nexus with the CCP is well known.

This explains the gravity and aggressive targeting of the Uighurs even to the extent of labelling them as terrorists. Here, it may not be out of context to share that about six years ago Huawei had approached the security establishments of Mauritius, Madagascar and some African countries through their representatives offering to ‘discreetly‘ hack phones and computers of the diplomatic community and claimed to have the ‘knowhow’ to carry out this task.

This illustration proves that they then had the capability, which they must have improved now, to pose a grave threat not only to the Uighurs but to the world at large. It’s not only at Ladakh or Arunachal Pradesh that China is stoking problems. For that matter, Spratly islands in the South China Sea are also under Chinese intimidation threatening the territorial integrity of Vietnam, the Philippines and Malaysia.

The Chinese game plan stands exposed and long nurtured fears are coming true. All said, the world now needs to turn its focus on China disciplining it for its perfidies. China criticises several countries for human rights abuses including India for its role in Kashmir but conveniently forgets its own iron fisted and heartless approach in suppressing the Uighurs. It’s high time the global fraternity woke up.

Shantanu Mukharji is a retired IPS officer, a security analyst and a former National Security Advisor to the Prime Minister of Mauritius. The views expressed are personal)