At a time when the stress levels of managing the killer coronavirus pandemic are highest, trouble from a flare-up between communities is the last thing the Narendra Modi government would want. The call for boycott of Muslim traders and street vendors in some sections of Indian society comes months after former JNU student Sharjeel Imam made a call to “cut off Assam from the rest of India” during the anti-CAA protests. 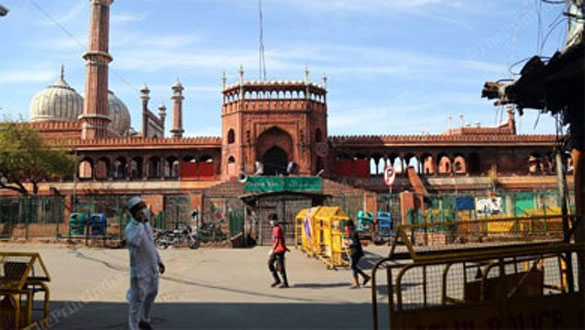 Such distrust between communities won’t help the country’s fight against the coronavirus. But it’s important to understand where these differences stem from.

The sudden increase in cases of animosity towards Muslims can be directly attributed to the Tablighi Jamaat congregation at Delhi’s Nizamuddin Markaz. The meeting was called off but the participants who had congregated were allowed to return to their respective hometowns all over India — a serious error by the administration, which couldn’t envisage the fallout, both socially and in terms of the spread of coronavirus.

When Logic Takes A Back Seat

This incident sparked a strong social reaction and combined with the fact that lockdown was the only effective solution to the Covid-19 crisis, any violation of the lockdown was perceived as an anti-social act. When such issues come to be judged by the public, logic and reasoning most likely take a back seat.

On top of social media messages, unrestricted news items and videos of highly despicable and contemptible treatment of medical workers, doctors and nurses, attacks on police personnel and stone-pelting on medico-social workers were freely reported. Some of the incidents were found to be unrelated to the current crisis while some news and videos were fake and doctored. But when credible information is not available in time, such highly enraging messages gain credibility.

It is in this background that one must look at the boycott calls, which came from random sources and whose writ does not run beyond a limited geography and sphere of influence. Given their penchant for quick and ugly craving for publicity, it is not unusual for such elements to hog limelight through issues that attract the attention of the “man bites dog” media.

It would be worthwhile recalling the sane words of Sarsanghchalak of the Rashtriya Swayamsevak Sangh (RSS), Mohan Bhagwat, who emphasised on the need for concern for national interest to override petty political consideration. At an event in Nagpur on 26 April, Bhagwat spoke about the importance of an inclusive approach and to treat the entire population as one unit where no one is left out of the relief work.

His assertion that the mistake of one individual should not result in creating a distance from the entire community assumes great significance in the light of increasing bogey of Islamophobia and calls to boycott Muslims. Coming from the highest office of the RSS, these words of advice should be taken seriously by those who attempt to vitiate the atmosphere by their irresponsible statements and illogical suggestions.

Ironically, trade boycott seems to be the go-to measure of even countries that seek to act in a retributive manner against behaviours inimical to their national or religious beliefs and interests. China initiated a boycott of Japanese goods in 1930 following an attack on its shores. Most recently in 2012, the Chinese imposed a ban on Japanese goods after the boat collision incident in Senkaku Islands took an ugly turn, bringing the two countries on the verge of conflict.

Boycott of South Africa as a punishment for apartheid is well recoded in recent history. Then there was the boycott of Danish goods by some Muslim-majority countries following the publication of controversial cartoons by Jyllands-Posten newspaper in 2005. Even the US had officially announced a boycott of French goods during the Iraq war. The several US sanctions against Iran over the past four decades, against India after the second nuclear test and against Myanmar military leaders are only some of the boycotts at international level that have ultimately proved to be counter-productive.

But in all adverse scenarios, the social bonding and unity has withstood the test of time. To achieve that, though, the responsible and saner elements in both HIndu and Muslim communities must come together and look for more opportunities to impress upon everyone the need for unity, especially so in a crisis situation like the current one.

Seshadri Chari is a member of the National Executive Committee of the BJP and former editor of Organiser. Views are personal.