On October 2, a powerful IED went off accidentally at a secret bomb-making factory of a group known as Al Jihad' in rural West Bengal. Investigators identified the module as handiwork of Bengali, an Indian Mujahedeen - Qaeda-Jamat-ul-Mujahideen Bangladesh-affiliated terrorist leader. Perennially at the forefront of home-grown and Pakistan-induced terrorism, India is suddenly surrounded by a spurt of terrorist threats from al-Qaeda; the Islamic State, also known as IS, ISIS or ISIL; and the Haqqani network, used interchangeably as Taleban - all terrorist groups that had historically avoided the Indian theatre. 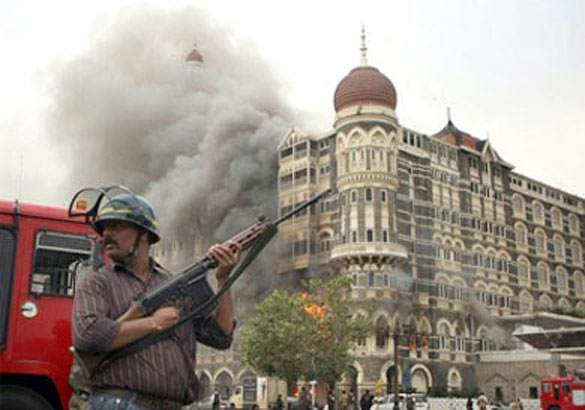 Three specific but complex trends explain the abrupt rise in threats from terrorists.

First, the terrorist threats in South Asian countries are extricable linked. If suppressed in one place, they break out in another; rogue jihadists wander from the frontlines in Kashmir to those in Afghanistan or Iraq. In Afghanistan, 87,000 NATO troops fighting insurgents are retreating. By the end of 2014, the United States will leave behind 10,000 trainers as per the US-Afghan Bilateral Security Agreement. While NATO troops withdraw, after a 13-year war, al-Qaeda, Taleban and Pakistani associates are proclaiming victories. A rising number of bold assaults in Afghanistan signals balance tilting in favour of militants.

As the NATO troops withdraw, some in Pakistan would direct militants against India. The Islamic State, as warned by JN Choudhury, director general of India's elite National Security Guards, is the latest and most lethal entrant, encouraging "multi-city multiple attacks" on India.

India's contemporary terrorist threat is a reflection of history repeating itself. In 1989, Pakistan's Inter-Services Intelligence was triumphant after its victory in Afghanistan and eager to replicate guerrilla war in Kashmir. India was caught unprepared, and Kashmir plunged into militancy. After the United States invaded Afghanistan in 2001, some militant groups left Kashmir to join Afghan jihad.

Since 2001, some forces in the Pakistan Army tried to shift the focus of terrorist groups from the Af-Pak region to India and were even linked to the commando-styled Mumbai attacks of 2008. Nato's withdrawal from Afghanistan renders a generation of Af-Pak jihadists jobless, and many spare fighters will turn attention to India.

This process has already started. The Haqqani Network, which the Pakistan Army consistently declines to attack, is collaborating with LeT and al-Qaeda to hit Indian interests in Kabul and Kashmir. Farman Sinwari, a Landi Kotal resident and old Kashmir hand, as al-Qaeda chief in Pakistan is an added ace for the combined militant forces in Kashmir. Since his appointment in 2012, militancy has escalated in Kashmir.

If local Kashmiris lend support to any of the overseas groups, the terrorist threat to India would increase manifold. With the rise of IS, there have been sporadic protest marches in urban Kashmir, where, as reported by the Srinagar-based 15 Corps Commander, Kashmiris have hit the streets, wielding the black IS banner.

Besides al-Qaeda, Haqqani and IS, India confronts threats from Pakistani militants. A by-product of the US presence in Afghanistan was significantly reduced terrorism in India. Once this protection is removed, India will again be exposed to terrorists from Pakistan and their sympathisers. In December 2012, former Tehrik-e-Taliban Pakistan chief Hakimullah Mehsud demanded the Pakistan army to stop engaging against Afghan insurgents and refocus on the war of revenge against India. Such demands will automatically be fulfilled once NATO troops vacated Afghanistan. The Pakistan Army initiated two major border skirmishes in January 2013 and October 2014 - perhaps because attacks on India remain the sole instrument for repairing the relationship with militants. Therefore, threat to India from motley groups of militants now operating in Af-Pak region is real and looming.

A second trend is the influx of Wahhabi preachers in India since 2013 to radicalise the 7,000 registered madrasas in India, preparing these institutions as potential recruitment grounds for the likes of al-Qaeda, IS and Taliban. In a classified dossier, India's Intelligence Bureau reported that 25,000 Wahhabi scholars from 20 countries visited eight Indian states - Uttar Pradesh, Rajasthan, Chhattisgarh, Andhra Pradesh, Kerala, Bihar, Maharashtra and Jharkhand - and addressed 1.2 million, preaching conservative, hard-line Islamic doctrine and implementation of Sharia law in its strictest form. Terrorist organisations like the Indian Mujahedeen, notorious for plying militant ideologies in India, have been facilitating the influx of hardened foreign terrorist groups.

India's 176 million Muslims represent about 15 percent of India's population. Most adhere to the moderate Barelvi form of Islam, but in recent times it's estimated that as many as 20 per cent have been lured to Wahhabi ideology. India is susceptible to the extremist snare.

The third trend is inter-organisational competition in between al-Qaeda and IS to stretch their area of influence and enlist support of disgruntled Indian Muslims who have so far been choreographed by Pakistan. So far, Indian Muslims have resisted the temptation of joining extremist groups like al-Qaeda. None of the 9/11 conspirators or other al-Qaeda-sponsored attackers were traced to India. Similarly, no attack on India has directly been linked to al-Qaeda. In 2006, for the first time Osama bin Laden spoke of India and Kashmir referring a "Zionist-Hindu war against Muslims". However, since 2001 many Indian youths have been enticed to jihad in the trenches of Federally Administered Tribal Areas in Pakistan and in Afghanistan where they were introduced to al-Qaeda and Taleban dogma. Before such relationships could fully develop, bin Laden was captured and killed. Soon afterward, IS - carved out of Al Qaeda by disgruntled and impatient jihadists - started recruiting Indian Muslims. Painstakingly, al-Qaeda refocused attention on India, opening a branch in the name of Qaedat al-Jihad in September.

Al-Qaeda chief Ayaman al Zawahiri claimed that it took two years of hard work, precisely after the appointment of Shinwari as al-Qaeda chief in Pakistan, to establish Qaedat al-Jihad. India's National Investigation Agency busted al Jihad's activities in rural West Bengal in October 2014, and classified documents indicated that Indian Mujahedeen terrorists mulled ties with al-Qaeda and Taleban to attack India. Revelation about the mujahedeen intention to obtain a nuclear bomb from Pakistan to attack the Indian city of Surat, a city in Gujarat, sent shock waves throughout India.

Some 25 Indian Muslim youths have already responded to IS Chief Abu Bakr al-Baghdadi's call in Syria and hundreds are on their way to join - any of whom could bring IS ideology back into India.

Post-2015, Afghanistan will be the launching pad of international terrorism, a place where extremists will find safe haven. Using Afghanistan as springboard, the militants could restart jihad and chaos in India.

The Modi government must adopt a two-prong policy. One is to pre-empt and counter terrorists by profiling existing and potential militants, creating a dedicated national anti-terror workforce, integrating inputs from academic in policymaking and ensuring fair and fast judicial scrutiny. The other is to work on social sites by checking Wahhabi indoctrination, removing Muslim ghettoisation, modernising madrasa education, and supporting small-scale entrepreneurship initiated by semi-skilled illiterate Muslims along with other Indian citizens.

Saroj Kumar Rath is assistant professor at the University of Delhi and author of new book "Fragile Frontiers: The Secret History of Mumbai Terror Attacks".