Why was All India Radio mocked as BBC?

“If Radio was, in fact, the Corporation (like you have mentioned) and not a government-controlled body believe me the officers presiding over us and controlling our work would have been terrified of talking to us. Had this been the case we would have been matching the nationalist Indian newspapers in exposing your oppressive colonial regime.” This was written by Zulfiqar Ali Bukhari to Thomas Stewart, a British official, on being asked if the radio department, All India Radio (AIR), was being run by him and his brother as a private entity. 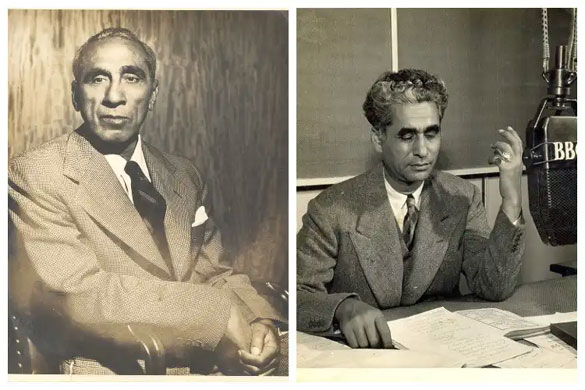 In 1935, the Second World War (WWII) was knocking at the doors of Europe. The British Empire needed support in her war efforts from the Indians at a time when the nationalist awakening was at its peak. Modern problems need modern solutions. It was decided that a Government controlled Radio Station would be set up at Delhi to feed Indians with pro-British propaganda. The idea was to project the Empire as pro-Indian and nationalists as villains but fate had something else in store.

Lionel Fielden, the man who was sent from BBC for the job as the first Director General of All India Radio (AIR), happened to meet Zulfiqar Ali Bukhari, a member of the Examinations Board at Shimla with the Army. An impressed Fielden asked him to join AIR as its first Station Director at Delhi. The offer was opposed by the army, which believed that Bukhari was a man of rare talents and should be retained at any cost. In the end, Viceroy Lord Willingdon had to intervene so that Bukhari could join AIR. Viceroy did not know that, unknowingly, he had done great damage to the Empire.

Z. A Bukhari was an admirer and supporter of the nationalist movement of India. Soon he became a very close friend of Fielden and made an Indian sympathiser out of him. Soon, Indian nationalists started getting space at AIR. Intelligence Bureau warned him several times and even forced him to edit a talk given by Asaf Ali, who has advocated Bhagat Singh and INA officers in court. Bukhari wrote in his memoirs, “The British could never reign over the hearts of the masses. To reign over physical bodies does not make you a true ruler. Control over hearts and not the bodies makes a real ruler.” 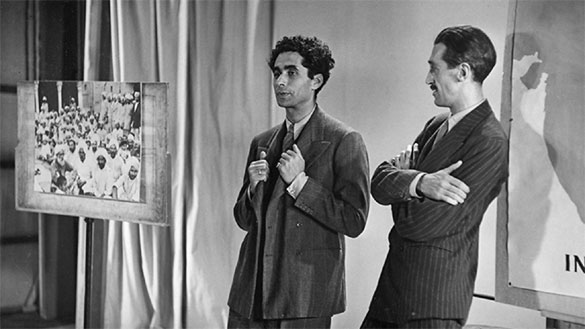 Z. A Bukhari with Lionel Fielden

If this was not enough, Fielden appointed Ahmed Shah Bukhari ‘Patras’, a famous Urdu writer and elder brother of Z. A. Bukhari as Deputy Director General of AIR. The effect was that Fielden and Bukhari brothers started meeting Gandhi, Asaf Ali, Aruna Asaf Ali, Sarojini Naidu, and other leaders. AIR started giving space to nationalist writers like Krishan Chandra, Bedi, and Majaz. Newspapers accused that AIR, instead of being a government body, has become ‘Bukhari Brothers Corporation. The accusations grew louder but Bukharis' were unperturbed.

Bukhari wrote, “people who joined AIR with Fielden were passionate for national freedom and had no fear of the Empire. Therefore, the government started snooping on us. Time and again we were interrogated and threatened with dismissal from employment. CID would read our correspondences and listen to our telephones. In short, AIR and the government became curses for each other.”

The influence on Fielden was that he was called a traitor to the British Empire. Fielden later wrote, “I have often been accused, in later years, of ‘siding’ with Indians, or ‘being disloyal’ to the British Raj. Neither was true. I came as a new boy to India, and the situation was clear. We had to do better, or get out.”

Within the limits of a government body AIR as BBC (Bukhari Brothers Corporation), manipulated the system to support the Indian National Movement.

Source: Why was All India Radio mocked as BBC?