Meet Mohamed Morsi, the Professor Who Will Be President 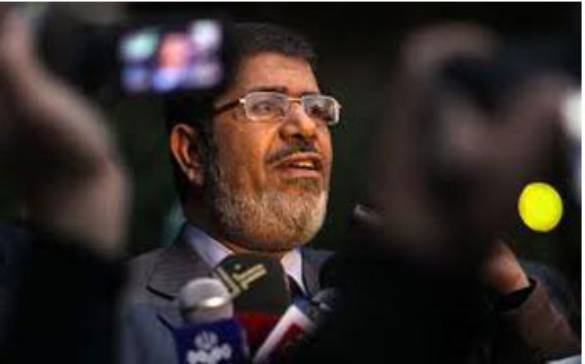 In the annals of rent-a-quote commentary, you will be hard put to find a kind word for Mohamed Morsi, Egypt’s first ever president-elect. That a dour 60-year-old engineering professor will lead the largest Arab nation in the wake of a youthful Twitter-inspired revolution seems to many to be a bit of an anticlimax unworthy of the land of Naguib Mahfouz. That he is an Islamist who may not let women wear bikinis on the beach is positively a perfidy.

The charges are correct, no doubt. Few Egyptians had heard of Morsi until he was chosen to head the Muslim Brotherhood’s Freedom and Justice Party (FJP) months after the February 2011 revolution. And few outside Egypt knew of him until earlier this year, when his political mentor Khairat al Shater was barred from contesting the presidential poll, forcing the Brotherhood to name him as a last-minute replacement. Since then, sketchy biographical details have trickled in.

Morsi was born to a peasant family in the Nile Delta in 1951, at a time when the country was witnessing the last days of its monarchy. He grew up in Nasserite Egypt, studying engineering first at the Cairo University and then at the University of Southern California, US. After receiving his doctorate in 1982, he worked for three years as assistant professor at California State University before returning home to teach.

While Morsi’s training in engineering reflects Egypt’s Nasser-era transition from agrarian to industrial economy, his Islamist leanings betray the social undercurrents of his time. Hounded by the military government, the Muslim Brotherhood had given up its Sayyid Qutb-inspired militant ways to become a largely charitable but politically involved organisation by the time Morsi returned to Egypt. He joined the Brotherhood, initially performing religious and administrative duties before serving as a Member of Parliament from 2000 to 2005.

The Brotherhood’s remarkable performance in the 2005 parliamentary elections―it won almost a fifth of the seats in the lower house despite a ban―precipitated a crackdown and Morsi was among the Brothers who were jailed several times in the following years. But while he was a part of the organisation’s decision-making Guidance Office, he mostly worked behind the scenes and was never a public figure, remaining in the shadows of better known orators such as Shater and Abdel Munim el Futtuh. Even when Morsi was chosen to head the newly formed FJP last year, his role was seen as more administrative than political.

Two of Morsi’s five children are US citizens, and his time spent in the United States arouses much interest. That experience, ironically, appears to have cemented his ideological inclinations as a conservative among conservatives. At a press conference recently, he spoke at length of the “moral decay” in American society, reflected in broken families, unmarried couples living together and children born out of wedlock―and contrasting it proudly with Egypt’s “principled” Islamic society. He also took a more hardline stance than most other top Brothers on foreign policy issues such as relations with the United States and Israel.

When Shater, Brotherhood’s first choice for presidency, was disqualified, Morsi was forced to make a quick transformation from apparatchik to leader. He did it successfully. Days before the election’s final round, Shadi Hamid wrote in ‘Foreign Policy’, “On the campaign trail, Morsi has proved a quick study and a hard worker. Campaign aides have worked to repackage him, coaching him on his speaking style and how to use his hands in interviews. In the process, the candidate has grown more confident―and it's starting to show. His May 30 appearance on Yosri Fouda's television program showed a surprisingly fluent speaker, a far cry from his earlier, shaky media appearances. As one Brotherhood member remarked, ‘The new Morsi of today is different from the person I knew’.”

Nonetheless, while the Brotherhood has been a divisive force in Egyptian politics following Hosni Mubarak’s fall, Morsi’s lack of public appeal only served to widen the rifts. Although the Brotherhood was the most organised political force in Egypt in the wake of the revolution and easily won last year’s parliamentary election, Morsi could garner less than 25% of the votes in the first round of the presidential poll in May. In the second round this month, he emerged victorious by just a few thousand votes despite being pitted against Ahmad Shafiq, a Mubarak-era prime minister.

All through the Mubarak years, Egypt’s opposition―comprising various hues of Islamists and secularists―remained persistently divided. The Tahrir Square protests occasioned but a moment of unity, after which these forces split again. This fact, and its deleterious implications for Egypt and the revolution, is not lost on Morsi.

“At this historic juncture, I call upon you the great people of Egypt to strengthen our national unity and close our ranks and stand together,” he said in his victory speech at Tahrir Square on Sunday. “We are all Egyptians. Even though we differ in our views we are all citizens of this country, even if our parties are different. There is no room for the language of confrontation and there is no room to accuse each other.”

There was no talk of imposing the Sharia, nor of building a morally principled society. There was no demonisation of the United States or the West, and Morsi committed Egypt to “respect(ing) the international treaties and conventions we signed” (read the 1979 Camp David Accords with Israel).

Morsi invoked human dignity and human rights, and the need “to build a new Egypt, a civil state, which is democratically constituted”. The bulk of the speech, however, focused on building bridges―between political factions, between Muslims and Christians, and between politicians, armed forces and the judiciary, which has staged a coup of sorts by disbanding last year’s elected parliament and throwing the entire revolution in jeopardy. The army has since assumed all legislative power, leaving the role of president utterly undefined.

This is a difficult time for Egypt, and for the revolution. The army seems to have all but usurped the power it lost last year. As the economy continues to falter, the high votes for army-backed Shafiq show that even popular support for democracy may be declining. In the midst of all this comes Morsi―a man few revolutionaries would have expected, or wanted, to succeed Mubarak―as the revolution’s last hope.

With his gruff voice unsuited for and yet striving to inject optimism, Morsi shows that change is both possible and difficult, and that it rarely follows a scripted path. Much like Saleem Sinai of ‘Midnight’s Children’, Morsi is an embodiment of his country, its complex history, its incomplete transitions, its ideological diffidence, its social fractures and its desperate hope to hold together as it lunges forward. In some ways, the farmer father’s engineer son also represents the larger Arab world’s continuing search for a balance between tradition and modernisation, and how political Islam is being reshaped in this process. He takes oath on 1 July.