Behind Palace Doors: The Shadowy World of Saudi Politics 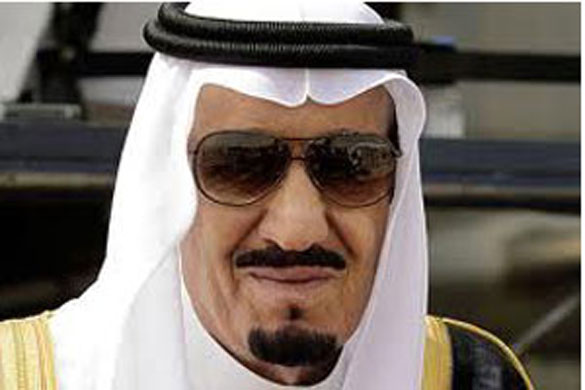 Remarkable as it sounds, they are all the sons of King Abdul Aziz ibn Saud, who founded the Saudi state more than a century ago. No one knows exactly how many sons the king had, although estimates range from 37 to 43 (in addition to innumerable daughters). He married around 20 women, mostly from powerful tribal families around the peninsula, to buttress his support.

Among his wives was Hassa al Sudairi, daughter of the influential Sudairi clan in Nejd, the arid central part of the peninsula. While the western Hejaz region, lapped by the Red Sea, has historically been more liberal and cosmopolitan and the eastern Hasa region is dominated by Shias, Nejd is the heartland of Saudi Arabia’s hardline Wahabi Islam. The al Saud family, as well as the ruling families of Qatar and Bahrain, also hail from this region.

Abdul Aziz and Hassa al Sudairi had seven sons, including crown princes Sultan, Naif, Salman and the late king Fahd. For half a century now, the ‘Sudairi Seven’ have been the most powerful bloc of al Saud’s children in the murky world of monarchical politics. But their clout now seems to be on the wane.

The brothers’ rise to power began in 1962, when Fahd, the eldest of the Sudairis, was appointed the interior minister, Sultan the defence minister and Salman the governor of Riyadh. The kingdom was then led by King Saud, the first successor to Abdul Aziz, and crown prince Faisal. It was Faisal who promoted the Sudairis to these key positions in a bid to enlist their support against his half-brother king, and he continued to favour them after acceding to the throne two years later.

In 1975, Fahd became crown prince under King Khalid, while Naif replaced him as the interior minister. Seven years later, Fahd himself acceded to the throne and ruled for 23 years until 2005. The Sudairis and their children took up virtually every meaningful office in this period, running the kingdom like a fief.

Working together helped the Sudairis consolidate their power. It also induced many of their half-brothers to close ranks against them―led by Abdullah, the son of Fahda al Rashidi from the Shammar tribe, a traditional rival of the al Sauds (Fahda was the daughter of the tribal chieftain). Abdullah became head of the Saudi National Guard in 1963, overseeing its transformation from a rag-tag militia into a modern security force. When Fahd was appointed crown prince, Abdullah was named second deputy prime minister and the next in line to the throne. The Sudairi Seven, who wanted Sultan to be named in that position, campaigned against this. They also pressed Abdullah to give up control over the National Guard, but did not succeed.

Supported by a number of half-brothers increasingly afraid of Sudairi clout, Abdullah became crown prince when Fahd acceded to the throne in 1982. Thirteen years later, Abdullah became the de facto regent when Fahd suffered a major stroke, and king upon Fahd’s death in 2005. He then made a series of changes to undercut Sudairi power, such as setting up an Allegiance Council of 34 princes to decide the issue of succession and recalling Bandar bin Sultan as the ambassador to Washington.

The Sudairis have, however, remained in the line of succession. Salman, who became defence minister after Sultan’s death last year, was named the new heir apparent on Naif’s passing away this month. Ahmad, for long Naif’s deputy, has replaced him as interior minister and is also next in line to the throne.

Belatedly but certainly, age is catching up with their entire generation. Three Sudairis―Fahd, Sultan and Naif―have died inside seven years. Salman, too, is affected by a stroke that hobbles his walk. Even Ahmad, the youngest of the Sudairis, is a septuagenarian.

While their naming as heirs apparent has delayed Saudi Arabia’s succession crisis for now, it cannot been put off for ever. Another dozen or so sons of ibn Saud are supposed to be still alive, but few have the support or administrative experience required to rule. Sooner rather than later, the next generation―already well into its 50s and 60s―will have to step up to the plate.

Some of them are already in crucial positions. Among the more prominent are Sultan’s 63-year-old son and deputy defence minister Khalid; Fahd’s 62-year-old son Muhammad, who is the governor of Hasa; 59-year-old Mitab, the son of King Abdullah and commander of the National Guard; and 53-year-old Muhammad, son of Naif and the kingdom’s counterterrorism chief. Bandar, another son of Sultan and the former ambassador to Washington, could also throw his hat into the ring when the time arrives.

The rivalry between the Sudairis and their half-brothers began soon after their father ibn Saud’s death in 1953 and has spanned half a century. There is little doubt that the kingdom now stands on the brink of another generation of subterfuge and royal machinations. As the Middle East totters towards democratisation and the House of Saud counts its days, there is no saying how sinister and desperate they are to become.