I had pulled out all my notes on Arvind Kejriwal and his Aam Aadmi Party machine, when a mail from Warsaw redirected me towards a different column. I’ll get back to Mr Kejriwal next time. The mail said that creeping anti-Semitism in Europe and the United States was being largely ignored by the mainstream media in those countries. The mind went back to my schooldays when we became first acquainted with the term anti-Semitism because Mr Rayner, the only teacher who was allowed to smoke in class, took particular relish from the predicament of Shylock, the Jewish moneylender who is the central figure in William Shakespeare’s Merchant of Venice, which he taught. He consistently posed the question: Was Shylock a victim or a villain? 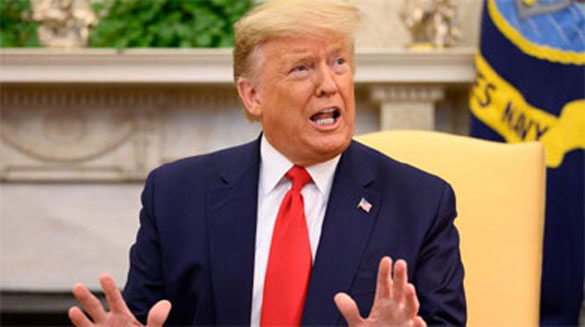 A pound of flesh closest to Antonio’s heart was what Shylock had insisted on in the event of default. He sought revenge because he had been insulted by the Christians; he had had his “Jewish gabardine” publicly spat upon. But Shylock’s grief reaches epic proportions when Christians inflict a nasty bit of “Love Jihad” on him — his daughter Jessica runs away with Lorenzo, a Christian. Worse, she runs away with his “ducats”, the currency those days. “O’ my daughter; O’ my ducats”. I cannot remember a courtroom with such nail-biting suspense as when Portia saves Antonio from Shylock’s blade.

Anti-Semitism, from much before Elizabethan times, remained a sentiment in two powerful strands. One was the direct Christian prejudice against Jews in Europe, which climaxed with Hitler in Germany. The Islamic conquest of Spain in the eighth century had led to the flourishing of a composite culture in which Muslims, Christians and Jews contributed in equal measure. The Reconquista, or the return of Christian rule in 1478, led to the Spanish Inquisitions, which were harsher on the Jews than on Muslims. Countries from Morocco up to the Ottoman Empire accorded hospitality to the persecuted Jews.

The basic conflict, whether in Northern Europe or in the Iberian Peninsula, was always between Christianity and Judaism, not the least because Christians blamed Jews for Christ’s death. What has puzzled me always is the deafening Jewish-Muslim acrimony. I shall never forget the day in the Royal Palace in Rabat, Morocco, when I found myself seated in the office of Andre Azoulay, the late King Hasan’s principal adviser. He was the second most powerful man in the kingdom. He was a Sephardic Jew like so many others in the country who held key posts. A mandatory annual event was the jamboree hosted by His Majesty for Sephardic Jews in the diaspora. This sentimental reunion was a continuation of a medieval tradition. When 50,000 Jews were expelled from Spain after the Reconquista, Morocco and other North African states had accorded the new “refugees” extraordinary hospitality. Even after Jews from this part of the world had made their homes in Israel, they remembered how well Morocco had treated them. I have seen photographs of King Hasan dominate Sephardic drawing rooms in Jerusalem.

By the 1980s the Jewish state and the international Jewry had become so powerful that even “reworking” Shakespeare became a legitimate intervention. Rather than discard the Merchant of Venice and select any one of Shakespeare’s plays in 1989, director Sir Peter Hall chose to tweak Shakespeare and impart rationalism to Shylock’s character. Dustin Hoffman virtually re-imagined Shylock, toning down his usurious rate of interest, thereby enhancing the sympathy factor for the moneylender. A sort of Christian ganging up against a hapless “professional” was played up. Shylock’s tragic end is ironically the heart of the play’s mirth.

The toning down of the Shakespearean prejudice against Jews was clearly a function of guilt on account of the excesses during the Second World War. The remarkable rise in anti-Semitism in recent decades by comparison leaves one aghast. Sympathy for Jews has given place to an awe for the Jewish state. The exceptional achievements of Jewish people will always shine through, but individuals are being submerged in unwholesome Zionist excesses.

These excesses are being amplified by Donald Trump’s singularly one-sided support for anything that Israel’s Prime Minister Benjamin Netanyahu demands. The general projection of both as heartless bullies automatically accelerates anti-Semitism. Take the “Deal of the Century”, Mr Trump’s “two-state peace plan” for the Middle East, that only the duet and their closest supporters were ecstatic about. There will be a corresponding spike in ill-will.

Do you think American campuses are falling over each other in adoration for Mr Trump and his buddy after he signed an executive order aimed at combating anti-Semitism on US college campuses.

“This is our message to universities — if you want to accept the federal dollars you get each year, you must reject anti-Semitism.” What must students do to become good boys entitled to federal funds? Abandon the “Boycott, Divest and Sanction Israel movement”, which has been popular on campuses.

Jewish lobbies in Poland, for example, were bringing to bear their considerable clout on property transactions. Properties owned by Jews before the war were being successfully reclaimed by the old owners at throwaway prices. When a Polish law sought to deter these transactions, the US state department intervened. Officials in Washington would keep a watchful eye to protect Jewish interests. Imagine how the Poles would respond to such interference.

The rise of anti-migrant, anti-Semitic leaders in Hungary, Germany, Austria and Poland is a depressing list. By their behaviour, the Trump-Netanyahu duet have only aggravated the situation.

At an international conference in Warsaw last year, Israeli foreign minister Yisrael Katz accused the Polish leadership of anti-Semitism. His language was unbelievably coarse: “Poles suckle anti-Semitism from their mother’s milk.” How would this outburst have registered with the Primetime TV viewers in Poland?

Original Headline: Why is anti-Semitism creeping back in US, Europe?