The Indian government recently ordered five Bharat Ratna medallions from the Reserve Bank of India mint fanning rumours that the honour could be conferred upon more than one recipient this year. The Bharat Ratna is the highest civilian award bestowed upon civilians by the Government of India for making a distinguished contribution to the republic. 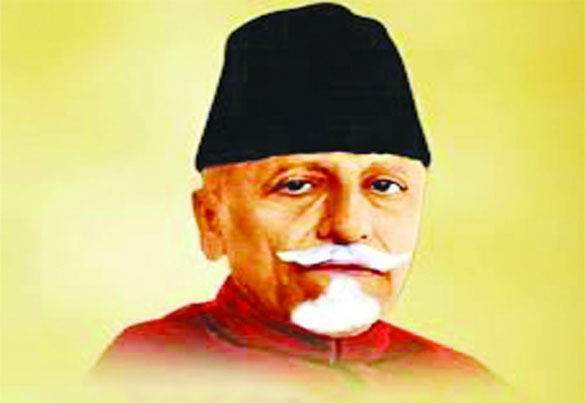 It was in this context that Karan Thapar, a journalist and an anchor, authored an article saying that Manekshaw would make a far more deserving recipient of the honour than Maulana Abul Kalam Azad, the first education minister of independent India, among other past awardees.

Azad gained prominence in the Indian Muslim community after he started articulating about the need to actively resist the British Raj by founding the weekly Al-Hilal in 1912 and the weekly Al-Balagh in 1915. Deeply impressed by Gandhi’s commitment to the politics of non-violence, Azad associated himself with the Indian National Congress and rose to become the youngest president of the organisation at the tender age of 35. His unshakable belief in these ideas was derived from his reading and understanding of the history of Islam in the plural milieu of the subcontinent. A staunch adversary of communal politics and the Two-Nation Theory, Azad nevertheless strived to resolve the differences between the Congress and the Muslim League.

A distinguished member of a school of thought that prized national interests over parochial ones, Azad was never able to reconcile himself with the communal agenda of the League and explicated his aversion for it lucidly. He sagaciously concluded that the onus of the partition of India would stigmatise the remaining Indian Muslim community and accurately prophesied the myriad of problems that Pakistan would have to grapple with.

In the religiously charged aftermath of the partition of India, it was Azad who primarily ensured that the voice of a crestfallen community reached the highest echelons of the Indian government in his capacity as the first education minister of the country.

However, Azad’s chief contribution to India revolves around understanding the heterogeneous nature of India’s Muslims and striving to bring them back into the fold of the national mainstream. It is a befitting tribute to Azad’s enduring legacy that Indian Muslims have enjoyed a near continuous democratic experience since independence, a luxury that has evaded the majority of their coreligionists across the world. It is in no small way, due to the combined legacies of stalwarts such as Azad, Gandhi and Nehru that Muslims across India today can preach, propagate and practise their religion as they deem fit irrespective of sectarian differences. Fifty-six years after his demise, the man once sardonically dismissed as a Congress ‘show boy’ by Jinnah has his vision, political choices and acumen vindicated when an Indian Muslim ascends to the post of the President of India, when the father of the Indian nuclear weapons programme happens to be Muslim, when Qurratullain Hyder is regarded as the undisputed master of Urdu prose, when Kaifi Azmi, Jan Nisar Akhtar and Ali Sardar Jafri are remembered as giants of Urdu poetry and when the two richest Muslims of the sub-continent, Azim Premji and Yusuf Hamied, happen to be Indians.

Therefore, Thapar ought to be admonished for belittling the enduring legacy of a great man.