The Israeli-UAE normalization agreement is an optimistic sign of old animosity between Israel and Arab states dissipating. Significantly, the deal comes decades after a similar thaw between Israel, Egypt, and Jordan. 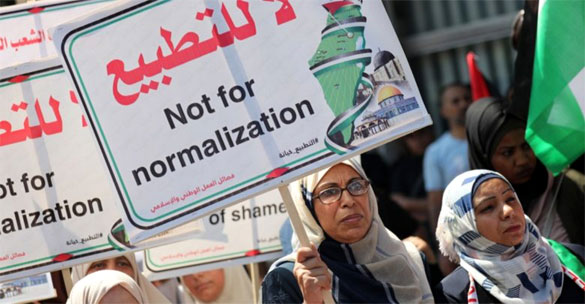 Palestinians gather to protest a deal between the United Arab Emirates (UAE) and Israel to normalize ties in Gaza City, Gaza on August 19, 2020. Photo: AFP

But other than helping President Donald Trump’s re-election chances, providing a distraction to Prime Minister Benjamin Netanyahu’s corruption charges, and opening doors for UAE Crown Prince Sheikh Mohammed bin Zayed to buy more sophisticated US weapons, it is unclear how the Israeli-UAE deal is the blueprint for lasting peace in the Middle East.

Although genuine steps towards peace in the Middle East are welcome, just reduced hostility between Israel and Arab governments is not enough. So far, there is little evidence that the Arab public at large has developed warm feelings for Israelis or that the “psychological barrier” of Palestine that has long impeded ties between Israelis and Arabs is fading.

The reality is that the Israeli-UAE breakthrough is part of a trend where authoritarian Arab regimes choose self-preservation over any pretensions to support Palestinian rights.

For their part, Arab rulers look to Israel for protection against the twin threats of radical Islam and Iran. But in the absence of a true partnership between Jews and Arabs, peace strategies built on coercion and deterrence are unlikely to have a long-term future.

Authoritarianism in the Middle East

In fact, Israel, one of the region’s few democracies, is making a peace deal with yet another authoritarian Arab state. Ironically, Israel is finding it expedient to support authoritarian rulers in the Middle East, like its patron the United States. 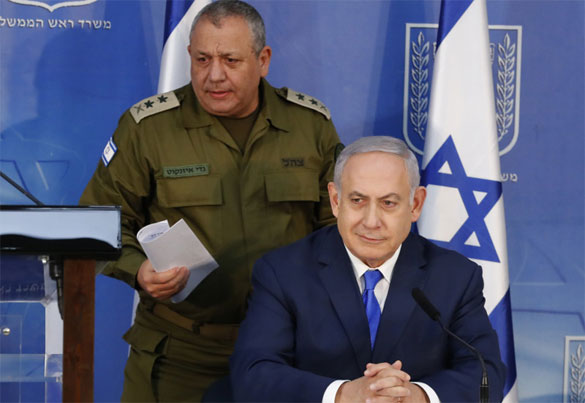 Historically, external support for democracy and human rights in the Middle East has taken a back-seat to support dictators in the name of stability and peace. This myopic policy has contributed to the fact that democracy is near non-existent in the region. As a result, the Middle East is littered with authoritarian states or equally authoritarian regimes and entities with democratic or radical guise.

However, despite reports of secret negotiations with Israel, other countries widely rumored to jump on the peace bandwagon have not followed the UAE. For the moment, Saudi Arabia, Bahrain, and Oman have publicly expressed their continued support for a two-state solution.

It is hard to gauge public opinion on Israeli recognition because of the tight controls on the media and political activity in most Arab states. But the reluctance of pivotal Saudi Arabia to follow the UAE suggests that other countries will want to proceed cautiously. The rulers perhaps fear domestic unrest, knowing that public opinion doesn’t support ties with Israel without progress on the Palestinian issue.

Nevertheless, as more Arab countries signal that they are ready to live with Israel’s occupation of Palestine, it reduces the options for the Palestinians. Unlike the past two Israeli-Arab peace agreements, the UAE deal doesn’t offer any succor to the Palestinians.

#Israel and its ethics and their so called values are seen in a photo. It’s heavily armed soldiers are crushing an old man who tried to protect his property from land theft in #West_Bank city of Tulkarm. Israeli occupation is indeed disgrace for humanity.! #GeorgeFloyd #Palestine 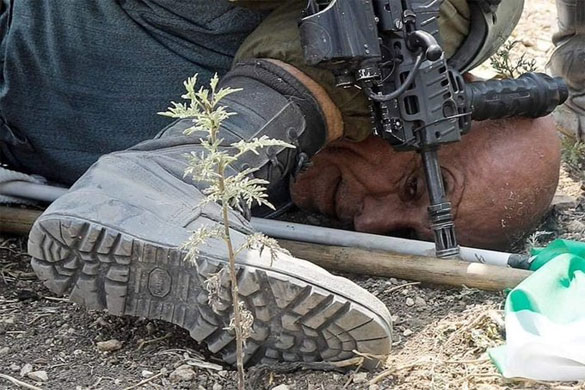 The 1978 Israeli-Egypt agreements and the 1994 Israeli-Jordan at least demanded an Israeli withdrawal from the occupied territories and the formation of the Palestinian Authority in the West Bank and Gaza, leading to the creation of a Palestinian state.

In fact, Israel paid a low price for the UAE relationship by agreeing to defer its threat to annex more West Bank territory. The muted reaction from governments in the region confirms a long-known fact that no Arab country is prepared to confront Israel for the sake of the beleaguered Palestinians.

The hard facts are that the Israel-UAE deal will increase divisions among Arab and Muslim states.

Israel will continue to pound the Palestinians for perceived transgressions as the two sides are too far apart to start a meaningful dialogue. And despite governmental moves towards peace, generations of Arabs and Muslims brought up on questioning Israel’s legitimacy and seeing endless Palestinian suffering are even less likely to wholeheartedly back the normalization of relations.

The only way forward lies in political compromise and dropping maximalist demands. For instance, with security guarantees, Israel should agree to a viable Palestinian state. With their autonomy and dignity restored, the Palestinian people must aim to build a democratic state in contrast to the authoritarian states in much of the Arab and Muslim worlds.

A tall order indeed, but until then, the prospects for lasting peace in the Middle East seems a distant dream.

Saad Hafiz is an analyst and commentator on politics, peace, and security issues.

Disclaimer: The views and opinions expressed here are those of the author and do not necessarily reflect the editorial position of The New Age Islam.

Original Headline: Is the Israeli-UAE Deal a Blueprint for Lasting Peace in the Middle East?