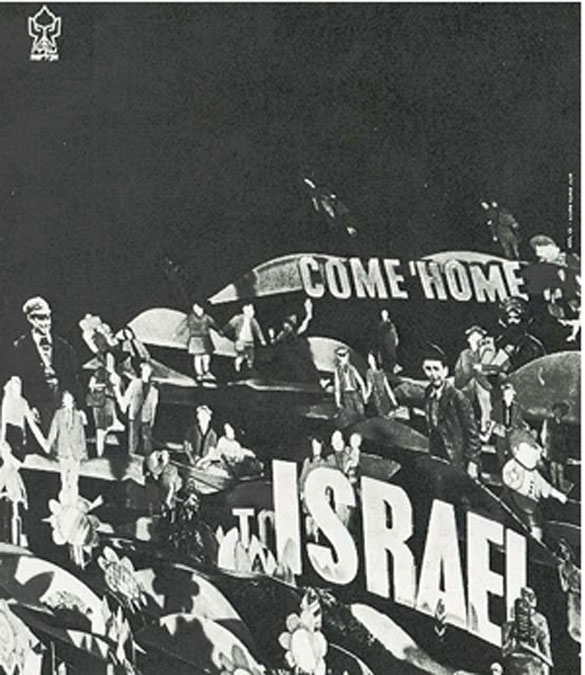 When Israeli actions seem arrogant or insulting, Prime Minister Benjamin Netanyahu is capable of rapid action to repair the damage — provided those offended are American Jews.

That is the lesson of the brouhaha over a now-aborted Israeli advertising campaign intended to shame Israeli expatriates in the United States into returning home by suggesting that America is no place for real Jews and that Diaspora life leads to loss of Jewish identity. The Jewish Federations of North America called the ads “outrageous and insulting.”

Cheesy would be a better word. A typical video was a cloying play on how the Hebrew “Abba” can morph to “Daddy” for an Israeli kid overdosing on the U.S.A. The campaign, unsurprisingly, was hatched in a ministry headed by an ultranationalist from Foreign Minister Avigdor Lieberman’s party. Equally unsurprisingly, Netanyahu nixed it as soon as he heard of the outcry. “We are very attentive to the sensitivities of the American Jewish community,” explained his spokesman, Mark Regev.

That’s right: The one true existential threat to Israel is loss of U.S. support — which will never happen, but still.

I have several reactions to this little saga. The first is that I know several Israeli expatriates or would-be expatriates and their feelings are consistent. They are troubled by the illiberal drift of Israeli politics, the growth of a harsh nationalism, the increasing influence of the ultra religious, the endlessness of the “situation,” and the tension inherent in a status quo that will one day threaten either Israel’s Jewishness or its democracy.

They have left or seek to leave because they don’t want all that and no longer believe there is going to be significant change. The ads play to Israeli patriotism, but it’s not patriotism that expatriates lack. It’s hope that their Israel can be salvaged and a two-state peace achieved.

My second reaction is that if Netanyahu could show a fraction of the nimbleness evident when American Jews are offended in instances where Turks are offended (by the killing of their citizens in international waters), or where President Barack Obama is offended (by ongoing settlement expansion in the West Bank against his express request), or where Egyptians are offended (by Israel’s dismissal of their democratic aspirations), then Israel would be in a better, less isolated place today.

That’s what Defense Secretary Leon Panetta means when he tells Israel to “reach out and mend fences” with Turkey and Egypt and engage in “strong diplomacy” rather than pursue policies that have “seen Israel’s isolation from its traditional security partners in the region grow.” As Panetta said, Israel needs to “get to the damn table” with the Palestinians. That, of course, does not depend entirely on Israel but equally will not be achieved through Israeli high-handedness, a trademark of Netanyahu’s administration.

The old Middle East of Israel’s cozy military-to-military relationships with the likes of Turkey and Egypt is gone. A new Middle East where Israel must deal people-to-people is being born. For a democracy this should ultimately be encouraging: People, including Arabs, with control of their lives tend to be focused on improving those lives rather than seeking conflict. The rise of Islamic parties opposed to despotism and adjusting painfully to modernity is cause for caution, yes, but not for manipulative Israeli dismissiveness.

My third reaction is that it’s all very well for the Jewish Federations of North America to find the ads insulting, but I’d be pleased if they could reserve a little of their outrage for times when Israeli insensitivity or arrogance takes more violent form — as is frequently the case with Palestinians in the West Bank.

Jonathan Freedland, a Guardian columnist, visited Hebron recently and published a piece called “This Is Israel? Not the One I Love” in London’s Jewish Chronicle. He wrote of Hebron:

He added, “I watched an old man, a bag of cement on his shoulder, ascend a steep bypass staircase because his feet were forbidden from going any farther along the road. Those unlucky enough to live on a red road have had their front doors sealed: They have to leave their own houses by a back door and climb out via a ladder. All this has made life so impossible that an estimated 42 percent of the families who once lived in this central part of town have now moved out.”

Israelis walk on streets full of vile anti-Arab graffiti and shuttered Arab stores daubed with Stars of David. “To see that cherished symbol used to spit in the eye of a population hounded out of their homes is chilling,” Freedland writes.

This is happening behind the wall-barrier-fence. It is the result of an untenable status quo involving the corrosive dominion of one people over another.

Here’s a suggestion for an ad campaign that might fly: A smiling Netanyahu shaking hands with the president of the Palestinian Authority, Mahmoud Abbas, beside the slogan: Come home to peace.

Forgive me for dreaming.