Love between Interfaith Couples: India Now A Part of Islamic World that Polices and Punishes Love

The so-called ‘love jihad’ laws that many Indian states hope to pass after Uttar Pradesh’s ordinance, aim to stop Muslim men from marrying Hindu women after converting them. Ironically enough, the same laws may help India become a lifetime member of an exclusive club of Muslim-dominated countries that consider it their moral responsibility to police love between interfaith couples.

Many of these countries have religion integrated into their Constitution. This makes the case for India, which is a secular republic, more stark. 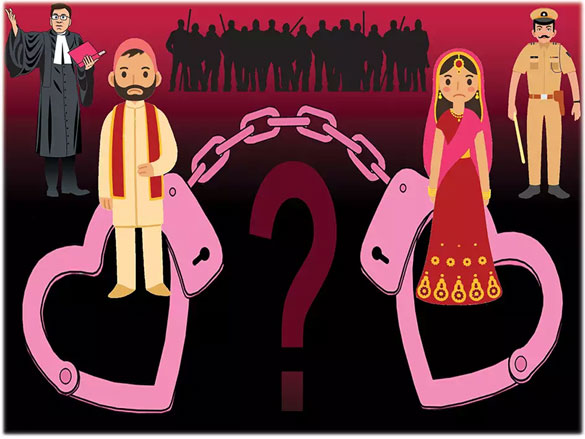 In September 2015, when the Hadiya case had still not made headlines and love jihad was a fringe idea in mainstream Indian politics, the US Library of Congress released the ‘Prohibition of interfaith marriage’ report. It listed 29 countries that barred or restricted marriages between consenting adults of different faiths.

Not surprisingly, 26 of these were Muslim-dominated countries, many of them infamous for tightly controlling individual liberty. The names were predictable – Saudi Arabia, Syria, Egypt, Iran, Iraq, the UAE, Sudan, Somalia, Yemen …

But the list also had three countries that don’t belong to the Muslim world – India, Israel and Myanmar. Effectively, the world knew of India as a country averse to interfaith marriages even before Uttar Pradesh passed its ordinance.

The only saving grace was that the Special Marriage Act allowed interfaith couples to get married after creating roadblocks, like giving a 30-day notice to the marriage registrar and putting up the notice at a public place so that society at large comes to know that two consenting adults are taking the risk of crossing religious borders for love.

But, in the end, many still managed to marry despite pressure from their families and religious groups. Now, with state governments getting involved, the concept of love jihad is in the process of getting legitimacy. The laws will add another layer of difficulty to the entire process, that many couples will never be able to pass.

Laws are meant to protect people from persecution. But laws based on love jihad conspiracies may end up legally persecuting many interfaith couples. They will be prosecuted simply because they fell in love. In the process, India will be even more firmly ensconced in the exclusive club of love policemen.

It would perhaps be worthwhile to look at exactly where these 29 countries stand on overall freedom. The Human Freedom Index, 2019, released in December last year, listed New Zealand, Switzerland, Hong Kong, Canada and Australia as the top five freest jurisdictions in the world. Prepared by the Cato Institute in the US, Fraser Institute in Canada and the Friedrich Naumann Foundation for Freedom in Germany, the researchers prepare the annual index on 78 parameters. These include rule of law, security and safety, movement, religious freedom, freedom of association, freedom of assembly and civil society, freedom of expression, freedom of identity and relationships among others. 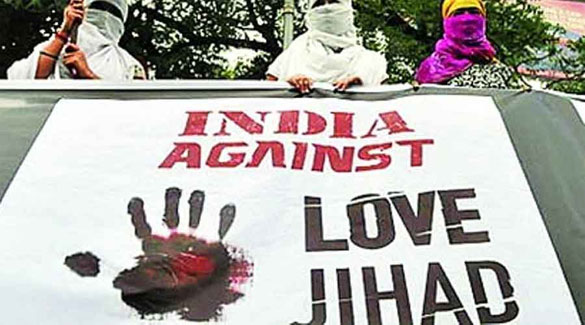 As expected, almost all the 29 countries did poorly on the index, not even making it to the top 75 ranks. Israel was the only exception, getting the 46th rank. India finished 94th. Jordan, ranked 80th, and Lebanon at the 88th spot, finished a few notches above India.

One can, of course, argue that India’s poor rank is not only because of the marriage laws. Yes, but these are definitely a concern and they don’t help. It also tells us to look at a deeper issue – how free are we as Indian citizens and how free do we want to be?

We live in an age where the state not only tells us who we can fall in love with and who we can’t, it also tells us which meats we can eat and the eating of which meats will land us in jail. There is a fear that the government will soon tell OTTs like Netflix what they can show Indian audiences and what they can’t, because it has brought the platforms under its control. 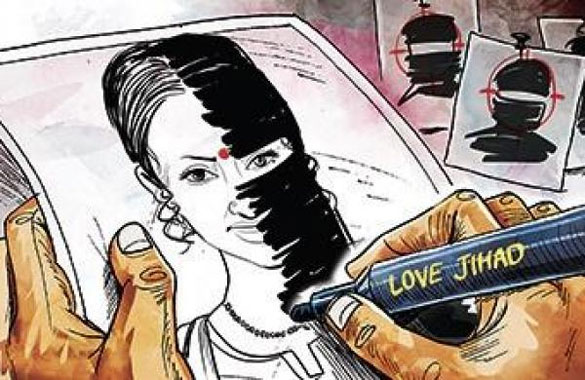 It is also passing laws that can jail you without a credible reason and is refusing a straw and a pair of spectacles to jailed activists despite them needing these basic things on medical grounds.

It is perhaps time that we tell our governments where we, as citizens, draw red lines when it comes to our personal lives. And we will have to stand up for even those we disagree with. Individual freedom has to be the same for all, without worrying about who occupies which end of the ideological or political spectrum.

It is important to remember that if you bend a law to suit the ones you identify with, we make it vulnerable. And once you make the law vulnerable, you make it so for all, including yourself.

It is also important to remember that individual liberty and human dignity are closely linked. The government has to see its citizens as autonomous beings with agency. Citizens can’t be treated as subservient subjects of the state and nothing more.

Robin David is resident editor of The Times of India's Hyderabad edition. His first book, City of Fear, was shortlisted for the Crossword Book Award in 2007.