While Hindu Shudras And Dalits Enjoy The Protection Of Reservation; Muslim Ajlaf Or Arzal Does Not

Traditionally, it is understood that Abrahamic religions, including Islam, are egalitarian and do not advocate caste or any other form of stratification. Scholars often cite Prophet Muhammad’s farewell Khutbah where he had famously said, “There is no superiority of an Arab over a non-Arab, or of a non-Arab over an Arab, and no superiority of a white person over a black person or of a black person over a white person, except on the basis of personal piety and righteousness.” 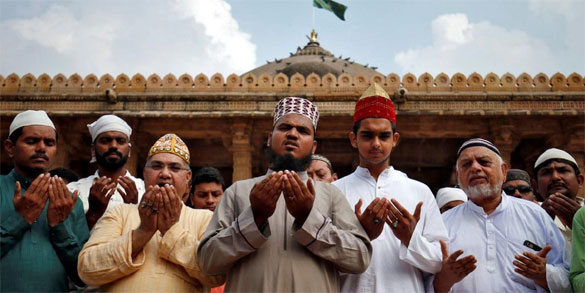 The story of an Ethiopian slave Bilal, who became the first muezzin of the Islamic world because of his beautiful voice and piety, is also cited to buttress the argument. While it is true that discrimination cannot be traced back to Abrahamic scriptures, as in the case of Hinduism, the existence of caste amongst South Asians (irrespective of their religion) is unfortunately a repugnant truth.

Not A Hindu Problem Alone

Most Indians understand caste as a Hindu problem, I was no different. Years ago, while reading Twilight in Delhi, a much-celebrated novel by Ahmed Ali on Purani Dilli (Old Delhi), the reality of Brahmanism in Islam (referred to as ‘Syedism’ in the Islamic context) was unloaded on me like a ton of bricks. One of the major characters, Asghar falls in love with Bilqeece, a girl belonging to a lower caste. Asghar’s father Mir Nihal, a self-identified Ashrafi (a higher caste), strictly warns him never to think of marriage with a girl from a lower caste as it is against their social dignity.

What was this caste business being spoken of in a Muslim household? I embarked upon a journey to study vertical casteism in non-Indic religions, which finally culminated in this piece.

In short, Ashrafs are the Brahmin equivalent, Ajlafs are the Vaisya equivalent and Shudras, and Arzals are the Atishudras or Dalit equivalents of Islam.

The Hindu Dalits and the Muslim Ajlafs/Arzals are, as they say, united in common grief. Both, the Sachar Committee Report and the Ranganath Mishra Committee Report have brought to light several abuses and discriminations that an average Muslim Ajlaf/Arzal face every day, including social segregation, untouchability, limited or no access to education, and underrepresentation. The old Bahujan movement’s slogan ‘Dalit-pichda eksaman, Hindu ho ya Musalman’ stands vindicated by these reports.

It was the Census of India, 1901, for the first time, officially recognised such stratification amongst Muslims, listing 133 social groups wholly or partially Muslims. The 1911 Census listed some 102 caste groups among Muslims in Uttar Pradesh, wherein at least 97 of them came from the non-Ashraf category. The term ‘Scheduled Caste’ was coined by the government of India (Scheduled Caste) Order, 1936 (hereafter 1936 Order) to refer to those groups that were known as “depressed classes” till then.

After throwing off the British yoke, the Indian legislators crystallised the concept of ‘scheduled caste’ by way of Constitution (Scheduled Castes) Order No. 19 of 1950, (hereafter 1950 Order). It is pertinent to note that both the 1936 Order (latently) and 1950 Order (patently) made the assumption that caste was unique to the Hindus.

In fact, the 1950 Order, in its Paragraph 3, expressly sets out, “Notwithstanding anything contained in paragraph 2, no person who professes a religion different from the Hindu [the Sikh or the Buddhist] religion shall be deemed to be a member of a Scheduled Caste.” This essentially means that barring Hindus, Sikhs and Buddhists, no person practising any other religion can claim to be a ‘scheduled caste’ and consequently, the benefits thereof.

Nothing can be farther from the truth. Both Ajlafs and Arzals share the same morose predicament with their Hindu counterparts, the Dalits. As aforementioned, this assertion has also been attested by the Sachar Committee and the Ranganath Mishra Committee, both of which, in fact, recommended that certain caste groups amongst the Muslims be given the status of ‘scheduled castes’.

Though certain Muslim castes are recognised as Other Backward Classes (OBC) under the 27% quota, the disability, however, that they suffer due to the 1950 Order cannot be redeemed by this consolation prize. The ‘Schedule Caste’ status is amenable to a higher degree of affirmative action by the government, because of the constitutional promises of reservations.

The net result of this is while the Hindu Shudras and Dalits enjoy the protection of the above, a Muslim Ajlaf or Arzal who goes through the same struggles and faces the same discrimination, or even worse because of the additional incidence of being a Muslim, is not given similar protection.

Of Laws And Prophets

The records of the Constituent Assembly show that the founding fathers also worked under the assumption that non-Hindus are somehow insulated from caste hierarchies. The raging debate of the time was limited to separate electorates for Muslims and their inclusion in the concept of ‘backward classes’ (which later came to be known as OBCs).

The Supreme Court and various high courts have been relatively more receptive than other constitutional wings on the issue, they have remained non-committal nonetheless. The jurisprudence of the constitutional courts may be divided into two distinct phases. 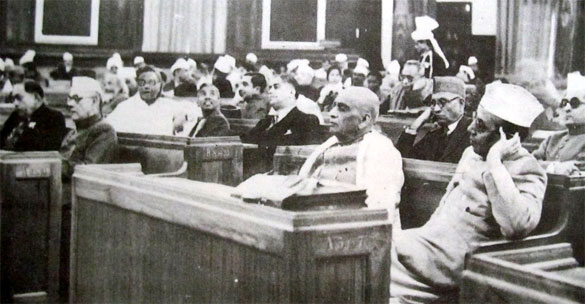 The first day of the Constituent Assembly of India. Photo: Wikimedia Commons

In the first phase, the constitutional courts held that an individual’s caste would entirely cease to exist upon conversion to a religion like Islam, as non-Indic religions like Christianity and Islam do not recognise the caste system. Consequently, the protection and affirmative actions in relation to Scheduled Castes will not apply to them. This jurisprudence saw a tectonic shift in the 1970s when the Supreme Court in Arumugam v. S Rajgopal adopted a distinct interpretation of vertical caste and ruled that caste does not cease but is “eclipsed” upon conversion. With Arumugam (supra), the test for “retaining” caste after conversion became a question of “fact”.

In this judgment, the Supreme Court accepted that the caste continued even after conversion. It, however, sought for more material to show that the handicaps of persons of Scheduled Castes had remained the same even after conversion to Christianity. In Soosai (supra), the Court was not satisfied with the material placed before it. Accordingly, the Supreme Court decided in favour of constitutionality.

In the post-Soosai (supra) era, several petitions have been pending before the Supreme Court, dating as far back as 2004, which have challenged the constitutionality of the 1950 Order. The Chief Justice of India Sharad Arvind Bobde in January 2020 made observations that the social exclusion of Christians and Muslims from the Scheduled Caste requires consideration.

It is to be noted that Soosai (supra) was not a constitutional bench judgement, and the pending petitions present themselves as a marvellous opportunity for the Supreme Court to correct the historical wrong which could prove to be a watershed moment in the rights-based jurisprudence of India.

The core question before the Supreme Court would be whether the 1950 Order is offensive to the principles of equality under Article 14 of the constitution, failing the test of reasonable classification, as it creates two groups, being Hindu, Sikhs and Buddhists as one integrated group, and others, for the purposes of affirmative action and without having intelligible reasoning for doing so (as even Muslims and Christians also face similar caste-based discrimination). The question of justice for Dalit Muslims is a test case for the Indian constitution’s proclaimed ideals of equality.

Gandhi extolled Dalits with the expression ‘Harijans’ (god’s people). He had clearly missed out on their Muslim counterparts. Jawaharlal Nehru had said, “We are little men serving great causes, but because the cause is great something of that greatness falls upon us also.” Justice Bobde’s court will serve a great cause if they can reverse this injustice. In doing so, it will make better the Constituent Assembly, Soosai and Gandhi great too.

Pratik Patnaik is a lawyer and policy commentator based in New Delhi.

Original Headline: Caste Among Indian Muslims Is a Real Issue. So Why Deny Them Reservation?