Jinnah Dreamt Of a Secular Pakistan

Yet, the nation still has hopes if only it can return to Jinnah's will. Speaking to the Central Legislative Assembly in 1935 Jinnah said: "Religion should not be allowed to come into politics….Religion is merely a matter between man and God." Jinnah drew a clear line between politics and religion, with religion clearly limited to being "between man and God". This statement should have laid the foundation of a secular Pakistan. 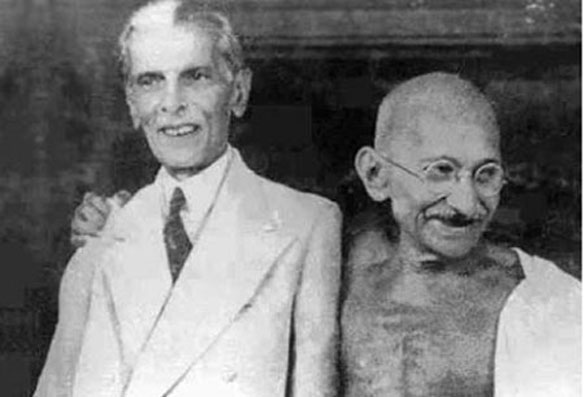 "No distinction between one community and another, no discrimination between one caste or creed and another. We are starting with this fundamental principle that we are all citizens and equal citizens of one state," said Jinnah at his presidential address to the first Constituent Assembly of Pakistan in 1947. He went on: "Now, I think we should keep that in front of us as our ideal, and you will find that in due course of time Hindus would cease to be Hindus and Muslims would cease to be Muslims, not in the religious sense because that is the personal faith of the individual, but in the political sense as citizens of the state." Seldom has anyone described a secular state in words better than these. Jinnah spoke of the state recognizing the status of these denominations as "citizens of the state" and ignoring religious identity.

Jinnah also drew a clear demarcating line between the religious identity of the citizen and the business of the state. During the same speech he stated: "You are free to go to your temples, you are free to go to your mosques or to any other place of worship in this state of Pakistan. You may belong to any religion or caste or creed. That has nothing to do with the business of the state." Tragically, in today’s Pakistan, not only are Pakistani Ahmadi citizens "not free" to go to their mosques, they are not even permitted to call them mosques.

Despite the way minorities such as the Ahmadis or Hazaras or other religious and ethnic groups are treated today, Jinnah’s own pro-minority beliefs were patent. Speaking about the Shudras, or Untouchables, during his address at the All India Muslim League session at Delhi, in 1934 he said: "In the name of humanity, I care more for [the Untouchables] than for the Muslims." These words were not uttered before a Hindu gathering, which could have led some to argue that perhaps he was trying to win their favour. These words were, in fact, openly stated during his address at a Muslim League session.

While drafting the constitution of Pakistan, Jinnah's objectives and values were clear. "Why this feeling of nervousness that the future constitution of Pakistan is going to be in conflict with Shariah laws," he asked in January 1948 in an address to Karachi's Bar Association. A month later, Jinnah elaborated: "The constitution of Pakistan has yet to be framed by the Pakistan Constituent Assembly…Islam and its idealism have taught us democracy. It has taught equality of men, justice and fair play to everybody…In any case Pakistan is not going to be a theocratic state to be ruled by priests with a divine mission. We have many non-Muslims – Hindus, Christians and Parsis – but they are all Pakistanis. They will enjoy the same rights and privileges as any other citizens and will play their rightful part in the affairs of Pakistan."

An unequivocally secular state, operating on the lines of "equality, justice and fair play to everybody" is what Jinnah dreamed of. Jinnah’s secular philosophy of statecraft, was encapsulated by his use of the term "everybody" with respect to all the citizens of the country he founded. Even if he did not use the term "secular" overtly, his vision was certainly one of a secular Pakistan. Without doubt, it can be stated that Pakistan was made neither in the name of Islam nor exclusively for Muslims. Pakistan was made to secure a prosperous social, economic and political future of all the inhabitants of the Muslim-majority states of the subcontinent. The dying father of this nation left for us a clear and practicable will. For six decades that will has remained nothing more than a forgotten dream.

In February 1948, just months before his death, Jinnah said: "But make no mistake, Pakistan is not a theocracy or anything like it." But by virtue of the Article 2 of the Constitution, which states that Islam shall be the state religion, Pakistan made exactly this mistake and in the process did a great disservice to Islam.

One of the most widely-publicized misconception is the Pakistan was created in the name of Islam. The fact is that it was not. Another myth that people tend to believe in is that Pakistan was created as a homeland exclusively for Muslims. This too, is not correct. People generally fail to distinguish between the following 4 terms and interchange them with considerable liberty:

Out of these 4, the latter is what Jinnah actually strived for. Jinnah saw the Indian states as comprising of 2 sub-categories:

Of these 2 conglomerates of states, it was the group of Muslim-majority states that needed to catch up with the Hindu-majority states, which led economically. Jinnah stood to struggle for these states. He was essentially a pro-minority activist. Muslims were not the only minority who caught his eye. His concern for the community of the Untouchables was even greater.

Pakistan, in short, was created to safeguard the economic future of "all" inhabitants of the Muslim-majority states of Undivided India.

The first deviation from Jinnah's vision of Pakistan, came in 1948, barely a couple of months after his death, when the Parliament of Pakistan adopted, what is known as the Objectives Resolution. This Resolution was subsequently to serve as a back-door entrance for all politically ambitious mullahs.

The second deviation from Jinnah's vision came in 1953, when the provincial government of Punjab, under Mumtaz Daultana, openly sponsored anti-Ahmadiyya riots in Punjab, with the help of the Jamaat-e-Islami. Interestingly, these were the findings of the judicial commission that was constituted by the government itself, to probe into the factors leading to these riots.

The third deviation from Jinnah's vision came in 1956, when Pakistan was officially given the name "Islamic Republic of Pakistan", an undeserved name that was only meant to perpetually entice the mullahs.

The fourth deviation came in 1974, when the Parliament of Pakistan constitutionally designated the Ahmadis "not Muslims for the purposes of constitution and law", an act meant to marginalise the Ahmadiyya community in Pakistan.

The fifth and most fatal deviation from Jinnah's vision of Pakistan came in 1984, when a uniquely discriminatory law was made to legally prevent Ahmadis from practicing what they believed.

Today, where does Pakistan stand? Today, Pakistan stands hijacked by the Mullah. More than 40,000 civilians and close to 10,000 military personnel have been killed by the militant mullahs of Pakistan. The numbers continue to rise. This is the fruit of deviating from Jinnah's vision of a secular Pakistan.

People tend to misunderstand, and sometimes, even misapply the term "Secularism". What is most disappointing is that this misapplication is even deliberate. "Secularism" does not at all mean an "anti-religion" political system. It simply refers to a political system, in which Religion is kept distinct from State. If justice is to be served and upheld, the State has to be indifferent towards the religious identity of the Citizen. Otherwise, equality among citizens cannot be established.

One man fought all, to give a nation its' identity. A whole nation, hijacked by merciless Mullahs, cannot fight this one menace to be free to save the dream of its' father. How ungrateful. Well written HameedAllah.

Beautiful words and beautiful theory of Mr. Jinnah who worked selflessly and tirelessly for the freedom of a country where there would be freedom of conscience enjoyed by each and every human being. I hope and pray that what Mr. Jinnah wanted or dreamt of becomes a living reality soon. Pakistan Zindabad.

Nusrat: nice post... I have been looking for your email as I believe we cannot really depend on what our fathers thought and what they could not implement.

I believe that the sub-continent has a better future than the present. Being an Indian, I have always had a big question, "why do we actually fight?"

If you could share your email address, I have an idea / plan on what we can do on a smaller scale (and grow it to a big scale) which I would like to discuss with you.

Hi Ankit. Thanks for your comment. I have forwarded it to Mr Pasha, with the email address you sent it from. I have no idea whether he will reply - he is a very busy, otherwise we would ask him to blog for us far more often!

Rostam Nishapuri • a year ago

Why blame just the Mullahs? Right after the foundation of Pakistan. An elite class of feudal lords (Jagidar and Zamindar etc) took hold of Pakistan. These feudal lords didn't appear out of nowhere, they had been put in place before by Mughals and then the British. Basically Pakistan and Muslims of subcontinent have been slaves of these Zamindar families. From Liaqat Ali Khan to Bhutto family to the Choudhry family, just 10-20 large clans of feudal lords are ruling Pakistan. Their tentacles reach every aspect of Pakistani society. If one family member is a General then the other is a Bureaucrat. If father is in PPP then the son is PML.

Right wing Islamic parties are supported by this same elite class to keep the masses divided and busy fighting each other while this elite class of few families continue their hold on Pakistan. Its not a hidden fact Pakistan Army created and funded the so called Kashmiri militants, Taliban, Lashkar-e-Jhangvi, Lashkar-e-Taiba, Sipah Sahaba and the list goes on. Obviously this cancer has now grown too large. Created to make Afghanistan a fifth province of Pakistan and to ''liberate'' Kashmir from India. Now the same cancer is challenging its own masters.

This cancer (Mullahs) first target were Ahmadis, and now its Shia, they have also been busy in killing each others. Deobandis hate Brelvi and vice versa. Thanks to our great Muslim ''friend'' Saudi Arabia who have been busy investing heavily in building religious schools to further polarize the Pakistani society.

For those who dream of revolution in Pakistan truly doesn't understand how divided the Pakistani society is. The future that lies ahead for Pakistan is a brutal and a bloody civil war.

Balochistan is already in rebellion. Tribal areas have pretty been lost. Hate for Pakistan and especially Punjabis are wide spread in rural areas of Balochistan, Sindh and Tribal areas. Go to any rural area in Punjab and you will sense the hate against Mohajirs (Native Urdu Speakers). Hate against Ahmadis, Shias, Christians and Hindus is widespread in the country.

Jinnah's Secular Pakistan died with him.

I think your last paragraph says it all. If Pakistan can't steer away from its current trajectory, it will break up into a number of countries.