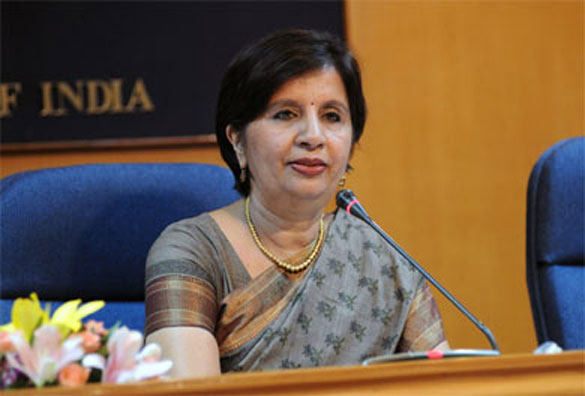 In discussions of the idea of Asia, there is usually little focus on Islam and its Asianness. Islam’s arena of growth and evolution was Asia – the Asia of the Indian subcontinent, of Central Asia and the Straits of Malacca. The largest Muslim communities in the world live in Indonesia and India and these communities are known for their syncretic traditions, the manner in which they have assimilated local tradition and cultural influences. The words of India’s nationalist leader, Maulana Abdul Kalam Azad, spoken in 1940, about Islam in India, are particularly revealing and meaningful:

"I am a Muslim and proud of this fact. Islam’s splendid traditions of thirteen hundred years are my inheritance… In addition, I am proud of being an Indian, I am part of the indivisible unity that is Indian nationality… Islam has now as great a claim on the soil of India as Hinduism.

It was India’s historic destiny that many human races and cultures and religious faiths should flow to her, and that many a caravan should find rest here… One of the last of these caravans was that of the followers of Islam…

Eleven hundred years of common history have enriched India with our common achievement. Our languages, our poetry, our literature, our culture, our art, our dress, our manners and customs, the innumerable happenings of our daily life, everything bears the stamp of our joint endeavours. There is indeed no aspect of our life which has escaped this stamp."

The Islam of the East therefore embraces the local traditions of its country of adoption. Islamic civilisation has thrived in lands beyond Arabia, its actual place of birth. The “fluorescence” of Islam, as scholars have defined it, took place mainly in Asia. The Turko-Mongols converted to Islam and established empires in Iran, Turkey and in India. Their rule nurtured rich literary traditions and glorious architecture, including the Taj Mahal in Agra, India, and the Registan of Samarkand. Islam is firmly established in Southeast Asia. It is truly an Asian religion today as the words of Maulana Azad quoted above so eloquently illustrate. Islam’s heartland today is Asia.

Indonesia is the largest Muslim country and India with a Muslim minority has the second largest population of Muslims in the world. The largest concentration of Muslims in the world is in India, Pakistan and Bangladesh. No study of Islamic diversity would be complete without the study of the Sunnis, the Shias, the Sufis, of the South Asian subcontinent. Sufi Islam in India, particularly, has incorporated into its devotionals, ancient Hindu and Buddhist festivals and sites of pilgrimage. The poetry of Guru Nanak and Saint Kabir reflects a considerable deal of Muslim influence. And Islam is also vital for the understanding of Central Asia – an area often neglected for study of Islamic traditions because of its long association with the Soviet Union.

The Islam of Southeast Asia was brought there basically by Muslim traders from Gujarat in India and from the Tamil-speaking Coromandel Coast of southern India. There was no conquest involved and only a superimposition of the Islamic faith over the Hindu and Buddhist traditions and cultural mores already existing there – traditions brought from India in earlier epochs. This accounts for the widespread syncretism inherent in daily life in Indonesia particularly.

In India, we call the Middle East West Asia and North Africa. Political Islam as we see resurgent in the Middle East or West Asia today is not a strange phenomenon for us from the South Asian subcontinent. Pakistan is a creation of political Islam where religion is seen as bound with the state and not separate. Islam in Pakistan has increasingly sought to infuse elements of religious practice and influence drawn from West Asia in its intent to create an Islamic identity that is more than South Asian and less connected to its Indian past. The idea of Pakistan is one often expressed as an antithesis to India – and this struggle to define itself has come at a tremendous cost to Pakistan in terms of stability and development.

Asia’s future is also bound to be impacted by the unfolding developments in Syria and the areas within Iraq. The rise of the Islamic State – the ISIS – and its murderous militancy are watched by the Muslim youth worldwide. This rejection of the “western” and the emphasis on the Islam of the desert, of the fundamentalist and radical movements like Salafism and Wahhabism, as also the struggle for the soul of Islam between Saudi Arabia and Iran, is bound to have reverberations in the hitherto more tolerant and less rigid and orthodox Asian Islamic communities in Central, South and Southeast Asia. The situation will test all of us.

My idea of Asia is intrinsically linked with the universe of the Indian Ocean. In 1955, when the Indonesians convened the Bandung Conference, they chose as a poster design for the event the picture of a dove of peace hovering above the Indian Ocean. The Indian Ocean world encompassed, traditionally, many diasporas and communities and expressed the core meaning of what the idea of Asia is: a place of blurred boundaries, of transnational trends of trade and commerce, of cosmopolitanism in embracing different cultures, of maritime networks across which goods, knowledge and ideas were shared and disseminated. The Indian Ocean also was a vector of anti-colonialism and anti-discrimination, as expressed and led by Gandhi in South Africa and then in India; south-south cooperation as seen between India and South Africa gives a 21st century imprint to these old contacts.

Building the best balance between the local and the universal, the local and the regional remains a challenge for all of us, especially as we are buffeted by the winds of globalisation. Traditional societies moving from rural to urban settings are often overwhelmed by the forces of change. These transitions often carry within themselves unforeseen consequences that impact internal stability, inter-religious harmony, the treatment of women and their safety and security. All this could be the antithesis of the change we want. Asia exists on the cusp of all these changes.

One hopes that the traditions of tolerance and inclusiveness that have been unique to Asia all these centuries will serve her well in the future ahead too. Those inner reserves of strength and resilience, the spirit of entrepreneurship, the emphasis on dialogue and mediation are the best natural defences against radicalism and intolerance, against the rise of terrorism and non-state actors. A rising, resurgent Asia, that giant banyan tree as some call it, must show it can turn back this regressive tide. We cannot be indifferent. We are increasingly more integrated and hence less sheltered. The civilisational identity of Asia must be emphasized rather than the civilisational identity of one religion or faith or a transnational attempt to impose such a vision of imagined community from outside. The makers of 21st century Asia have formidable tasks ahead of them.

An excerpt from the King Hussein Memorial Lecture delivered by Nirupama Rao at Durham University, United Kingdom, on November 18