Maulana Hussain Ahmad Madani: The Watan and the Indian-Muslim Identity 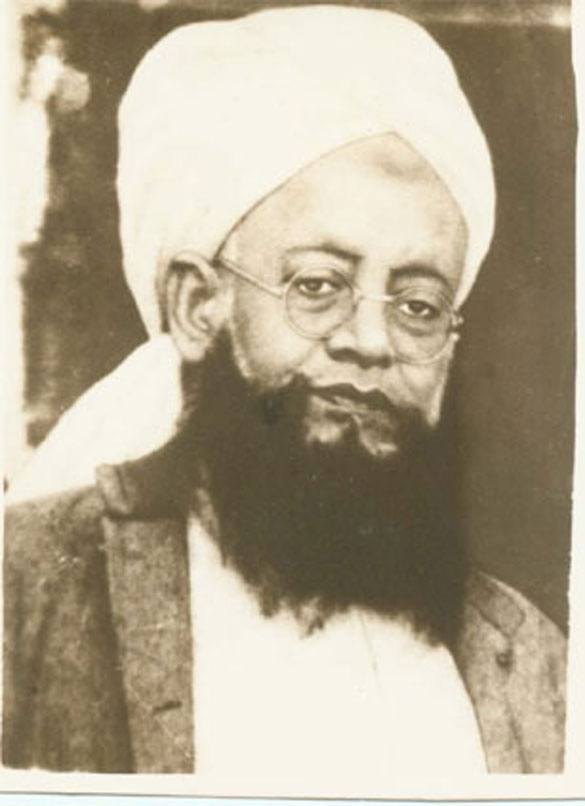 Maulana Hussain Ahmad Madani (1879-1957) was a religious scholar educated at the Darul ‘Uloom madrasa at Deoband. He served the institution as a principal until 1957, for a decade after present day Pakistan was formed. Like his contemporary Maulana Abul Kalam Azad he participated in the Indian national movement. But it was his location in a seminary that distinguished him from the likes of Azad, who despite his religious moorings adapted well to the Western lifestyle.

Azad as a religious scholar was deeply sceptical of the religious orthodoxy. His magnum opus Tarjuman-ul-Quran first published in 1928, writes Sayeeda Hameed, was meant to develop and encourage a popular understanding of the Quran.

In addition to this, Azad in his lifetime developed concepts such as Wadat-E-Adyan or unity of religions; thus challenging the claims of the Ulema who believed in the supremacy of Islam, a claim often couched in the language of the universal message of god.

The Ulema in India, however, were not a monolithic group.  They fought many internal battles to achieve consensus on the role religion would play in the social and political organisation of their community vis-à-vis non-believers, with whom they shared a common territorial space.

By the 1920s Madani had joined the Indian national movement and represented a section of the Ulema who were willing to deliberate on the role of religion in the national movement, conscious at all times that a nationalist Muslim was as much an Indian as he was a Muslim.

By 1922 the Khilafat non-cooperation movement was losing its youthful vigor, which impacted the Muslim community’s idea of the self. While the Ummah continued to be recognised as the most valuable bond that brought the community of the faithful together, the influence of the non-cooperation movement established the idea of territoriality as a marker of identity among the Muslims in India. This was illustrated in Madani’s book Composite Nationalism and Islam, where he recognizes the bonds other than the bond of Islamic brotherhood while defining the Indian-Muslim. To this end he expressed:

“. . . prophet of Islam Hazrat Mohammad created a bond among Muslims that is superior to all bonds . . . . This bond of Rabita (relationships) exists only among those who have accepted Islam. In the case of those who have not embraced Islam . . . . They could be part of composite nationalism, but only through the bonds of nasal (race), rang (colour) and nationality, etc.”

Madani in this prescient claim recognised a likely situation where bonds other than that of Islamic brotherhood would prevail to protect not only one’s faith, but also shield oneself against a possible political and economic onslaught by a foreign aggressor. Unlike Azad who focused on both the principle of unity of faiths and the Covenant of Medina while advocating Hindu-Muslim unity, Madani relied solely on the latter. Madani was aware that the Covenant held relevance in particular situations, such as the presence of an external aggressor. During such times the Muslims need not apprehend the proposal for Hindu-Muslim unity, since for him the relevance of this bond was based on contextual factors — as noted by Barbara Metcalf as well in her concept of contextual reasoning in Madani’s political thought. Ultimately for Madani the bonds of territoriality would place the Muslim in a privileged position even if a compromise was demanded on their part to fight an external aggressor i.e., the British.

The “Land of the Muslims” and Hindu-Muslim Unity

For the Muslims in British India who suffered a numerical handicap the claim that a bond of common nationality with the Hindus could be formed raked up legitimate fears. In the weakening of the Ummah some saw the incapacitation of their identity. This led Z.A. Suleri to declare that the end of the Khilafat movement gave birth to a “de-Islamicised” Muslim identity in India.

Amidst such unease, Madani in his article India Our Land and Its Virtues declared the Muslims to be the original inhabitants of India. First, by drawing on Islamic literature he indicated that as Prophet Adam left heaven he arrived in India directly and “if you trace your origin to Adam you can legitimately claim India to be your homeland”. Second, he demonstrated the intimate relationship the Muslims share with the land. Muslims unlike their Hindu counterpart don’t burn the dead and neither do they believe in transmigration. This led him to claim that the Hindus shared a troubled relationship with geography.

In addition to bonds of Islamic brotherhood Madani was among the few religious scholars who recognized the role of territory in defining the Indian-Muslim identity. Implicit in the claim Madani made is the belief that Muslims by virtue of their relationship to the land were in a privileged position compared to the Hindus.

Muhammad Iqbal (1877-1938) in his reply to Madani’s call to embrace the Qaum (nation) argued that the “Qaum is not religion and Sharia, and that is why the call and advice to hold it was useless.” Iqbal, argues Madani, makes a puzzling claim when he states that the Quran does not recognise bonds other than that of the Ummah.  Iqbal’s argument rests on the claim that:

“[Those] who belong to different nations and religions and have embraced the Millat-e-Ibrahim (the Religion of Abraham), thereafter they have not been called a Qaum (nation). They have been rather addressed as Ummah.”

Madani, on the contrary, believed that to embrace the religion of Abraham did not revoke one’s membership to the Qaum. To this end he writes:

Iqbal, in essence, was arguing that the Qaum understood in territorial terms weakened the hold of religion over the lives of believing Muslims. For him the Qaum was simply a “band of men” in addition to being devoid of “religion and Sharia”.

Madani infused a degree of fluidity in the word Qaum. While recognising its rigid territorial implications, in terms of its religious implications he believed that even Qaum, in addition to the Ummah, could be used to address people who have embraced the religion of Abraham.

What Was the Basis of Composite Nationalism?

Maulana Madani in his action plan for India established composite nationalism as the basis of association to counter the British aggression:

“All individuals and communities living in India have many things in common that have been violated by the foreign rulers for its vested interests . . . . Since Indians are suffering because they have lost sight of their common interests, they need to struggle to regain their lost rights. It is incumbent on them to make a united effort to throw off the yoke of foreign slavery and open avenues for the progress of the citizens of India. The objective is to establish composite nationalism on the basis of national unity. The life of Prophet Mohammad to achieve such an objective through the formation of a United Front with the non-Muslims.”

An analysis of Madani’s Action Plan suggests that he recognised the Muslims and Hindus as separate communities who have “common interests”. And that imperialism has denied them certain basic rights. While Madani does not explicitly mention the nature of the rights, it can be discerned that he is concerned with issues pertaining to the homeland and illegitimate presence of foreigners in it. Since he does not mention any group specific rights, the language would have appealed to both Hindus and Muslims.

In addition to this the concern with territoriality in Madani’s political imagination is evident. Take for instance his appeal to both Hindus and Muslims to persevere in their attempts to reclaim India, even though his audience was largely Muslim. This is evident from the usage of an analogy from the Quran where Prophet Muhammad through the Treaty of Hudaybiyyah formed an alliance between the Muslims of the Quraish tribe and the Muslims of Medina and the non-Muslims — including Jews — to fight against a common enemy.

Composite nationalism, then, was a model of nation-building that developed in a particular socio-political context. It emerged against the backdrop of the British rule, and the use of Islamic analogy in the Action Plan suggests that it was meant to inform the Muslims of India that an alliance with the non-Muslims with whom they shared common interests was not against Islam. Also, Madani believed that in such an alliance the numerical status of Muslims would not work against them since composite nationalism was premised on freedom to practice one’s religion.

“ . . . apart from the religion, in other community affairs Muslims and Bani Auf [a tribe of the Jews] shall be regarded as Ek Qaum (one nation) . . . ”

Hindus versus the British: Making of the Indian-Muslim

Madani in many ways was an exception to the norm. As an Alim he was motivated more by the concerns of territorial nationalism as opposed to establishing a nation based on religious considerations. The support a section of the Deobandi Ulema gave to the Muslim League’s idea of two-nation theory was because they read into it a means to establish the supremacy of Muslims, both religious and numerical.

While the two-nation theory was directed at the Hindus, composite nationalism targeted the British. It is at the intersection of the two ideas that a vibrant space for a debate on the future of India took shape in the Muslim community. If for Madani the status of Muslims as “original inhabitants” of India established their supremacy and connected them deeply with the Watan, for some such an attachment did not translate into political supremacy. For Madani to imagine a new Watan based only on considerations of power — both political and religious — was not possible.

It is clear that while the bond of the Ummah was most precious, for Madani it could be reconciled with bonds of nationality and the bond of territory and, more importantly, he found space for such an argument in the Quran.