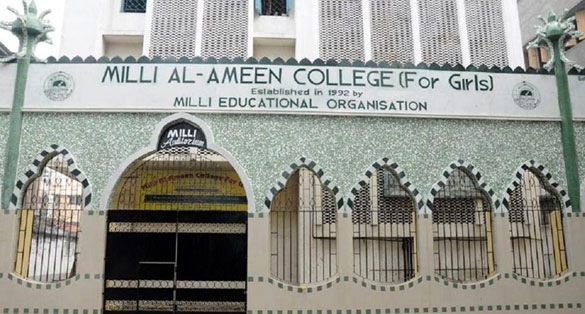 Milli Al Ameen College for Girls is a minority educational institution of Kolkata established by the Muslims of Kolkata for the educational upliftment of Muslim girls. It was established in 1992, during the Left Front government and had acquired the status of a minority institution. But ironically, this minority institution lost its minority status in TMC government under Mamata Banerjee whom the Muslims of Bengal brought to power in the state in the hope that her government will undo the injustices done to the community by the previous government. On the contrary, the college under Mamata Banerji's government is on the verge of closure due to the government's apathy and internal differences of the Muslim community. The educational system of the college has collapsed and according to reports, about only fifty students are studying in the college and only two permanent teachers are working there. 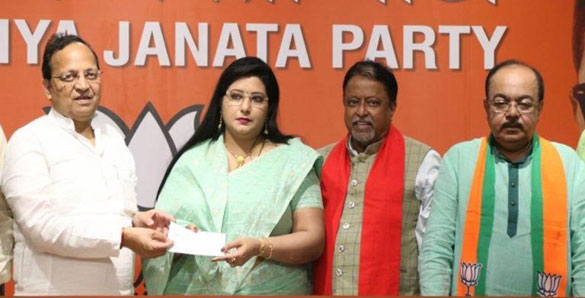 The controversy started in 2012, one year after Mamata government came to power. Three teachers were suspended by the governing body of the college after altercation between the teachers. The lady teachers appealed in the court against their suspension. They argued that the college was not a minority institution and so the college administration did not have the power to suspend them.

In 2016, the one-member bench of the Calcutta High Court rejected the minority status of the college and reinstated the teachers. One of the suspended teachers was Baisakhi Banerji who is said to be close to the Higher Education Minister Partho Chatterjee. She was made the Teacher-in-Charge of the college. The college filed an appeal against the judgement in the one-member Division Bench but withdrew the appeal on Mamata Banerji's assurance. But nothing was done. In the meantime, some teachers of the college were transferred and the education system in the college was affected badly.

On 14th July a meeting of prominent personalities of Kolkata was held in which the representatives of the college administration and the founder committee Milli Education Organisation were also present. In the meeting, it was resolved that since the Supreme Court had recognised the minority character of the college, and the state government was not recognising its minority character, the committee will now seek the intervention of the court against the state government. 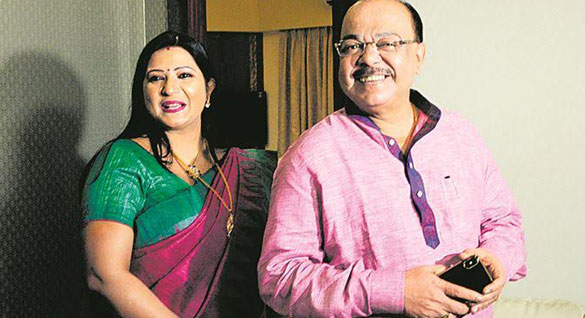 Interestingly, Baisakhi Banerji is close to former Mayor Shoban Chatterji and had joined the BJP and according to the Assistant Secretary of Milli Education Organisation, Baisakhi Banerji and Shobhan Chatterji are going to attend the BJP meeting to be held in Delhi from 23rd to 28th July. In this meeting, the strategy for gaining power in West Bengal will be chalked out.

The Milli Organisation has alleged that the Education Ministry of the Mamata government has ruined the education system of the college to guard the interests of a particular lady teacher. It also accused Baisakhi Banerji of stealing important files from the college, though Baisakhi refuted the allegation saying she only sent for some files pertaining to the promotion of the non-teaching staff of the college. "If I have stolen the files, why didn't they issue show cause notice to me? “she said.

On the other hand, the organising committee says that they filed a complaint with the local police but the police did not take any action.

The President of the Milli Organisation Mushtaque Ahmad Siddiqui said that they have been talking to the representatives of the government and have also got assurances but the Education Minister later goes back on his word.

It seems that the state government doesn't want to reinstate the minority status of the college and also wants to prevent the committee from going to court. That's why it is dilly-dallying the issue. As the controversy goes on, the studies of the students are affected and it may also discourage girls to seek admission in this college in the ongoing session thereby putting a question mark on the future of this college.