All India Babri Masjid Action Committee (BMAC) which remained out of action for years has come alive with a new avatar. A violent one. Last year, its co-founder Zafaryab Jilani had appealed to Muslims to observe 6th December peacefully. However, recently, the BMAC has widened its agenda and included other Muslim issues like religious conversions into its fold. 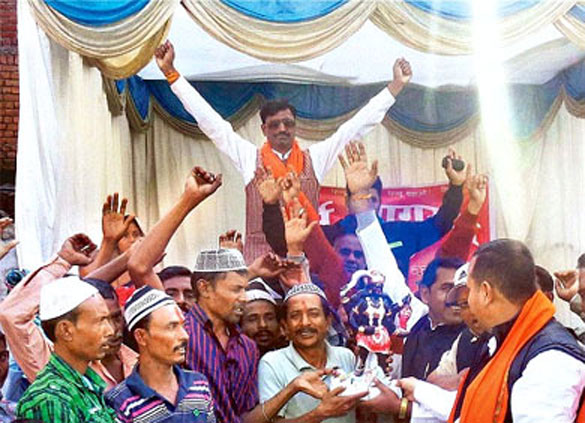 After 60 utterly destitute Muslim families of rag-pickers were converted in Ved Nagar slums of Agra, Muslim and secular organizations had condemned the incident of forced conversions by Hindutva forces and the district administration is trying to take legal action against a leader of the Bajrang Dal who has gone underground. Converted Muslims later asserted that they did not convert but had been fooled. They also offered the succeeding Friday prayers. This was the logical conclusion of an incident and Muslims should have taken the legal route for the remedy of their concerns and problems.

However, the hitherto dead BMAC swung into action. First it held a protest rally in Agra and then in Moradabad. In Moradabad meeting organized by BMAC, its President Salim Ahmad delivered a fiery speech that violated the norms and were unbecoming of any true Muslim organization. Mr. Salim Ahmad was carried away by emotions and issued threats to both the PM (Narendra Modi) and the CM (Akhilesh Yadav) that if the conversions were not stopped, they will be harmed. According to news reports, he threatened to raise an army of Muslims and attack both the UP Vidhan Sabha and the Parliament and teach the MPs and MLAs a lesson. He also claimed that he can acquire all kinds of arms and ammunition and so the Muslims should not be forced to unite. If it happens, he warned, no one will be spared.

According to a report in Mail Today (14 December 2014) which was reproduced by Urdu dailies, Sahafat and Roznama Khabrein, BMAC President Salim Ahmad threatened to raise an army of Muslims and attack both the UP Vidhan Sabha and the Parliament and teach the MPs and MLAs a lesson. He also claimed that he can acquire all kinds of arms and ammunition and so the Muslims should not be forced to unite. If it happens, he warned, no one will be spared.

Apart from its legal consequences, as the district administration is contemplating action against the cleric, the threats have raised doubts about the real motives of the BMAC as it has passed onto irresponsible hands. BMAC was formed in 1986 with a view to fight the legal battle to restore the Babri Mosque and not to raise an army of Muslims to attack the state assemblies and the Parliament and kill the chief minister and the Prime Minister on the issue of forced conversions.

The aggressive and anti-Constitutional statements of the BMAC President, many Muslims fear, will give the Hindutva forces a greater leverage to mobilize support of even secular minded Hindus and will only sharpen the divide between the two communities.

It is also a matter of concern that the co-founder of BMAC, Mr. Zafaryab Jilani has not condemned the statements. His silence in this matter will be construed as his support to the stance taken by the cleric. The BMAC had been established for the cause of Babri Masjid alone but other leaders like Mushtaq Ahmad or Salim Ahmad seem to have taken the organization hostage and are using it to get political mileage and a say in the political process at the cost of peace and harmony. These leaders are pushing the community into another communal cauldron.

Of late Zafaryab Jilani has tried to present himself as a national Muslim leader. He has recently placed a proposal before the receiver of Ramjanambhoomi to allow Muslims to offer prayers at Babri Mosque and if that is not done, Muslims should at least be allowed to place a prayer mat and rosary at the site of the mosque to show that the mosque still exists.

Tha Allahabad High Court in its judgment gave one third of the dispute site to Muslims to build a mosque and the judgment has been challenged at the Supreme Court. Since the matter is subjudice, the proposal of the BMAC only points to political activism on part of the BMAC or Zafaryab Jilani.

Conspiracy theorists claim with their usual certainty that Zafaryab Jilani and his BMAC has been instigated by RSS-affiliated organisations themselves to help further their divisive agenda of polarisation to help BJP win the UP state Assembly elections. There is also speculation that BMAC is merely trying to replace the All-India Muslim Personal Law Board (AIMPLB) as the sole spokesman of the Muslim community. 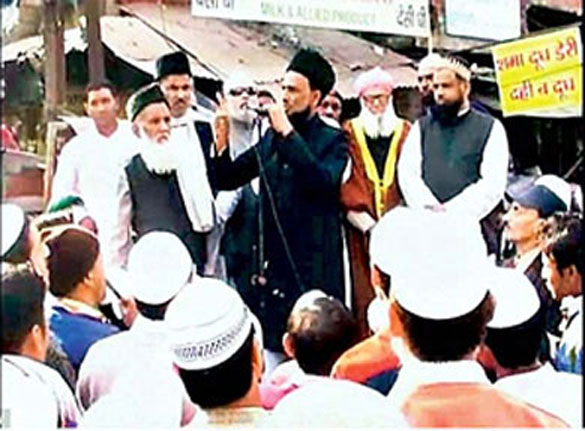 BMAC has been inactive for a long time, since it helped the Sangh Pariwar in the demolition of the Babri Masjid on 6 December 1992, to be precise, and in its new avatar, it is indulging in anti national activities issuing threats to constitutional heads of the country on the one hand and to the common masses on the other driving a wedge between the communities and prove suicidal to the Muslim community. The sooner BMAC mends its ways the better in the interests of the community and the country.