A proxy war occurs when a major power instigates and plays a significant role in supporting and directing a conflict but does a small fraction of the actual fighting. Employing proxy warfare as a dominant strategy holds attractive prospects for American policymakers, albeit in a less direct manner enjoying greater flexibility in helping its regional allies. The contentions of retaining proxy warfare in favour of direct interventions seem advantageous to American interests in securing benefits without having to deal with domestically worrying consequences such as American casualties and enormous war expenses. The permanency of proxy warfare as a part of American military strategy gradually displays an appreciation into prevalent regional conflicts particularly in the Middle East. The succeeding contentions illustrate, how and where Saudi Arab is playing an active part as a regional power to play as proxy to the USA. 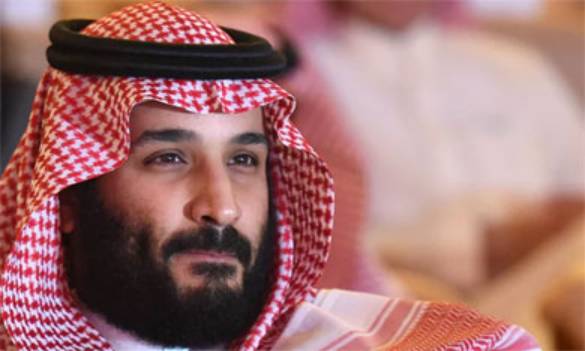 Syria is an important part of Iran’s sphere of influence and has been a major theatre of fluctuating proxy conflicts throughout its ongoing civil war began since 2011. Iran versus the rival Arab states have provides varying degrees of military and financial support to opposing sides, with Iran backing the Syrian government and Saudi Arabia supporting rebel militants. Iranian forces have been directly involved on the ground, with soldiers of Islamic Revolutionary Guards Corps suffering heavy casualties. Saudi Arabia and its allies have sided with Sunni rebels by supplying American-made weapons for years to weaken Iran. Although China has warm relations with the Assad government yet stayed out of the conflict for relying on the region for oil supply. China did not involve directly in the conflict, instead supported the Russian-led peace process by investing in Syria’s reconstruction.

Following the United States withdrawal from Iraq in December 2011, Iraq drifted further into Iran’s sphere of influence. As of today Iran has become Iraq’s top trading partner. In addition to fostering economic ties, Tehran furthered its influence by aiding the Iraqi government in her fight against the push for independence in Iraqi Kurdistan, which is mainly Sunni dominated region. Saudi Arabia responded by strengthening its ties to the Kurdistan Regional Government, seeing it as a barrier to the expansion of Iranian influence in the region, while adopting a soft power approach to improve relations with the Iraqi government. Additionally, Saudi Arabia and Iran have sought to extend their respective influence in Bahrain for decades. While the majority of Muslims in Bahrain are Shia, the country is ruled by the Sunni Al- Khalifa family, who are widely viewed as being subservient to the Saudi government.

Yemen had been within the Saudi sphere of influence for years. The United States had to intervene to protect oil shipments along the sea lanes, after missiles were fired at a US warship in October 2016. The US blamed the rebels and responded by targeting radar sites with missile strikes along the Red Sea coast. Jordan has historically been on the Saudi bloc and has sour relations with Iran.

After the Cold War, Saudi policy shifted as of USA, from fighting against the spread of communism to containing Iranian influence in South and Central Asia.In 2001, the invasion of Afghanistan and the removal of the Taliban in the wake of September 11 attacks benefited Iran, which had previously been on the brink of war with the group. The removal of Saddam Hussein two years later further bolstered its position, allowing it to refocus its efforts on other conflict areas, especially Syria and Yemen. In the ensuing years, Iran sought to expand her soft influence over Afghanistan by building pro-Iranian schools, mosques, and media centers, and by maintaining close ties with Afghanistan’s Tajik and Hazara population.

Due to Albania’s decision to welcome the Mujahideen-e-Khaliq (MEK) to take refuge in the country, tension between Iran and Albania gradually increased. In January 2020, following the death of Qasem Soleimani, the Iranian government lashed out at Albania for hosting MEK members. Saudi Arabia, in response, announced its support for Albania in its effort against Iran.

The growing Turkish military, political and economic expansions have not gone without fear from the Saudi and Iranian sides’ altogether. Iran considers Turkish military adventurism in Syria and its growing encounter in Iraq as a ‘challenge’.  Saudi Arab is therefore financing development works in Qatar, Sudan, Maghreb, Somalia, Kuwait and Oman to counter the growing Turkish presence.

Oman is a member of the GCC and thus maintains a closer relationship with Saudi Arabia. However, unlike the majority of GCC countries, Oman doesn’t perceive Iran as a threat. Oman has promoted itself as the main stabilizing force amidst the intensified Iranian–Saudi conflict and prefers a diplomatic solution to end the regional conflicts.

Pakistan’s relations with Saudi Arabia have been historically strong. Pakistan is economically dependent on oil imports from Saudi Arabia as a key strategic ally. The foreign employees from Pakistan in Saudi Arab play a crucial role in Pakistan’s economic stability by continuously sending large remittances. Pakistan is also a neighbour of Iran sharing historic mutual bonds. However, the Saudi monarchy views the Baluchistan province of Pakistan as a potential means of stirring ethnic unrest in neighbouring Iran. At home, the Pakistani lawmakers have levelled accusations at Iran of influencing Pakistani Shias to act as substitution to further Iranian interests in Pakistan.

For reasons politico-economic as well as sectarian, the Middle East is fated to remain an unceasing ‘trouble spot’. The same reason dictates that Pakistan continuously walks a tight rope in attempts to strike a balance in its relations with the opposing camps in the region.