“Liberalism” must be one of the most used, misused and abused words of political conversation in the last few years. Quite an irony that its frequent occurrence in common speech has been a result not so much of its sudden popularity as of a concerted denigration of its values of rationality, liberty and equality by those who avowedly stood in opposition to them. 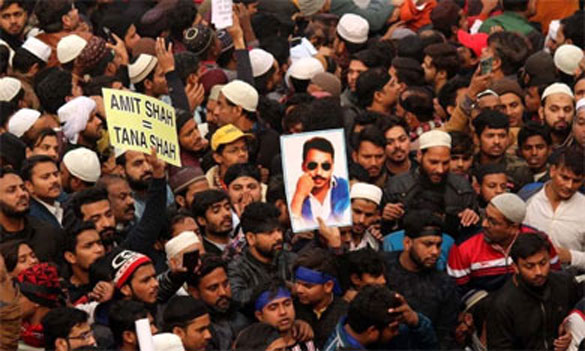 In India, this word has been deployed as an accusatory ascription against those whose professed commitment to the ideals of enlightenment, humanism, secularism and democracy came to be viewed as less Indian, less patriotic and even anti-national as, it was alleged, its permeation in the political atmospherics perpetuated a culture of minority-ism that undermined the interests of the majority and, thus, of the country itself.

Conflating the civic with the political creates avoidable confusion. And it is here that secularism, a liberal value, comes under attack. So there was a time, not very long ago, when minority-ism was decried as pseudo-secularism. The stridency of the criticism gave an impression that the critics were proponents of genuine secularism, and they wanted no discrimination on the basis of religion in the conduct of the affairs of the state.

However, as liberalism substituted pseudo-secularism as the bête noire of the right wing, it became clearer than ever that they had an ideological problem with secularism per se. Its flawed practice, that which reduced it to being pseudo, was flagged more as a pretext than a well-meaning concern. This, pseudo-secularism, as a terminology, had to be discarded as its continuance had the embarrassing potential of placing the onus of practicing genuine secularism on its detractors.

Another idea to have a similar silent demise has been the one encapsulated in the term “mainstream,” whereby it was meant that there was a national mainstream that all the other streams should join so that their peripheral existence ended and they became one with the mighty stream. Yet another phrase to have fallen by the wayside is “Unity in Diversity,” since unity sans diversity became the credo wherein diversity is either invisibilised or delegitimized.

That said, the breakdown of the liberal consensus has largely been limited to the political sphere.

Hindu society has been liberalizing for the last 200 years. A process that began with the Bengal Renaissance has seeped in deep enough that such liberal values as modern education and gender and caste equality are implicitly taken as normative ideals. Although there may not always be a vociferous cultural espousal of them, these are seldom challenged openly, since their priesthood no longer arbitrates between right and wrong by citing scriptural arguments.

A similar process could not gather traction in the Muslim community. There was a time lag of more than half a century before Sir Syed Ahmad Khan cast a critical gaze at Islamic theology and sought to reform Muslim society. This enterprise, however, had to be abandoned if the college he had founded were to survive, as the orthodoxy was sworn to scuttle the fledgling institution if his reform agenda was not retracted.

Sir Syed agreed to it in the hope that the alumni of the college, steeped in modern sensibilities as they would be, would pick up the thread of reform. His hopes were belied. Islamic theology couldn’t brook reform and the Muslim society saw nothing wrong with itself except that, struck with some misfortune, it was no longer the ruling power. And so the lost power had to be somehow retrieved.

If nationalism had no utility, separatism did. To this end, in 1906, the Mohammedan Educational Conference doubled up as the Muslim League, and a separatist political discourse was instituted in a decadent society wallowing in a stagnant theology.

Any glimmer of hope that might have remained was extinguished by the eventual forsaking of reform in the wake of the First World War, dissolution of the Ottoman Empire, abolition of the caliphate, parceling out of the original habitat of Islam between Britain and France according to the Sykes Picot Agreement, and a total loss of morale of Muslims worldwide. Reform was shelved for good. Revivalism, the new panacea, triggered a concatenation of events that has kept Islam and Muslims revolving in a vicious circle ever since.

One of its upshot was that India was divided into two and the Muslim community into three. The maimed minority in India found refuge in the same reassurances of the National Movement they had earlier scoffed at.

But since they had not reformed and progressed, and had not developed a liberal culture of their own, they had no faculty for appreciating the liberalism of a secular democratic polity. One cherishes what one earns. They were quick to deride the liberal secular democracy as a farce. They considered their secular duty done if they had sniggered at the un-secular practice of breaking a coconut in some inaugural function of the government.

They kept inveighing against secularism even as they continued to thrive on its blessings. No hypocrisy, however, but just a cognitive failure because of the stunted growth of progressive ideals of modernity. The deprecation of secularism played another role in shaping their consciousness. It freed them from the responsibility of modernizing, secularizing and democratizing themselves. Moreover, it invested them with a sense of victimhood that is quite a delectable, if perverse, bliss.

They made such demands on the majority and the state they abhorred for themselves. For them liberalism and secularism meant little more than the state’s responsibility to secure for them an autonomous domain within which the they could freely indulge in such practices which if the majority did, the opprobrium of communalism would easily stick on them.

The Muslims had not only been angry with the majority and disgruntled with the state, they had also been sore with the liberals – who were mostly Hindus. The Muslims could not create a critical mass of middle class that would establish liberalism as a societal norm. Whatever middle class came up got sucked into the separatist and revivalist holes.

Anyway, Muslims consider the Hindu liberals not liberal enough to accommodate their illiberal thoughts and practices, and, therefore, malign them as Janus-faced hypocrites. This, despite the fact that the liberals, in their fight against the regressive elements of their own community, often sought an ally in Muslim orthodoxy, and didn’t have many qualms against pandering to their caprices – a tendency that acquired infamy as the policy of appeasement – one of the primary reasons the Hindu liberals lost credibility in their own community.

The choicest calumny, however, was saved for whatever microscopic number of Muslim liberals there were. They were openly vilified as opportunists, traitors, and even apostates.

India cannot remain unaffected by how a minority as big as its Muslim community thinks and behaves. Its liberal ethos and secular practices will change for better or worse in direct proportion to how they conduct themselves both in intra- and inter-community relations. A society riven by communalism cannot sustain a secular state. More so, when the minority’s reluctance to secularize themselves and their zeal for revivalism might be the reason the wounds of history will not stop bleeding.