Had Maulana Maududi Been Alive Today, He Would Have Disapproved Of the Post-1990s’ Trajectory of ‘Political Islam’ 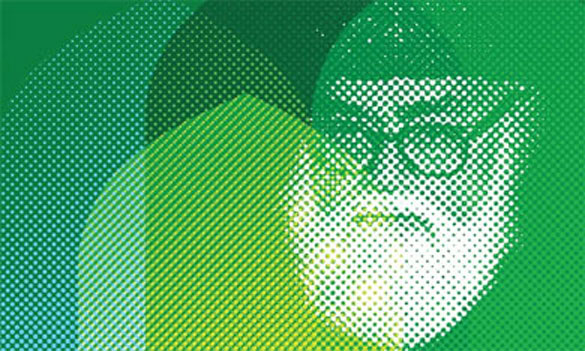 Abul Ala Maududi was once one of the most influential Islamic scholars in the Muslim world. A prolific author and thinker, he is said to have given shape to what began to be known as “political Islam”. Ironically, this term was first used almost exactly a year after Maududi’s demise in 1979. Coined by the American scholar Martin Kramer, the term first appeared in his 1980 book Political Islam.

The book investigates the emergence of Islam as a political idea after the withering away of left-leaning secular-nationalist regimes in various Arab regions and non-Arab Muslim countries. According to John O. Voll in Oxford Bibliographies, “political Islam” referred to any interpretation of Islam that served as a basis for political identity and action.

In the 1980s, “political Islam” was largely associated with Islamic movements that were inspired by the writings of men such as Pakistan’s Maududi, Egypt’s Hassan al-Banna and Sayyid Qutb, and Iran’s Ruhollah Khomeini. Interestingly, only Khomeini was alive when the term was coined.

Early “political Islam” was fuelled by the intellectual pursuits of these men. However, by the 1990s, political Islam mutated when the movements that it had inspired fragmented and took upon a more militant and violent shape.

In his 2016 essay, “The Sectarianism of the Islamic State” (Carnegie Endowment for International Peace) H. Hassan writes that the fragmentation gave birth to a new set of ideologues who uprooted “political Islam” from its intellectual grounding. They introduced a more ‘Takfiri’ and militant dimension to the discourse of political Islam. This led to the creation of a number of violent and even anarchic insurgencies in Muslim countries.

Even though Maududi was an early critic of the idea of Pakistan and had dismissed the country’s founder Muhammad Ali Jinnah for being ‘secular’ and Westernised, there is enough reason to believe that, had Maududi been alive today, he would have disapproved of the post-1990s’ trajectory of “political Islam”.

Before the coinage of the term “political Islam”, Maududi had described the political expression of Islam as ‘Islamic ideology’. He insisted that politics was inherent in Islam and could not be separated from the faith. But this idea was mostly rejected by ‘Muslim modernists’ who claimed that such thinking could only lead to the creation of a totalitarian theocracy. This was observed by modernists such as Dr Khalifa Abdul Hakim, Justice Munir Malik, Field Martial Ayub Khan, Dr Fazlur Rahman Malik and, to a certain extent, by Z.A. Bhutto.

According to Leonard Binder’s 1961 book Religion and Politics in Pakistan, this idea was also derided by the more traditionalist Islamic outfits, but for different reasons. They accused Maududi of trying to “create a new creed.” Binder adds that this was mainly because Maududi did not believe that the ulema and the clergy were capable of installing the kind of Islamic state that he was propagating. Binder writes that, after finally accepting Pakistan in 1948, Maududi instructed his party the Jamaat-i-Islami (JI) to find ways to influence state and government personnel to adopt his ideas for the “gradual formation of an Islamic State.”

Maududi’s ideas found a large Muslim middle-class audience, as opposed to those formulated by other religious outfits such as Majlis-i-Ahrar and Jamiat Ulema-i-Islam (JUI). This was mainly due to the fact that Maududi’s turn towards studying Islam did not come by studying at a traditional madrasa.

Maududi was born in 1903 in Aurangabad, India, into a family that had relations with the modernist Muslim scholar Syed Ahmed Khan. According to Professor Irfan Ahmed (in the Princeton Encyclopaedia of Islamic Political Thought), Khan convinced Maududi’s grandfather to enroll his son (Maududi’s father) into Khan’s Muhammadan Anglo-Oriental College (MAO) College in Aligarh. The father became an enthusiastic supporter of Khan’s modernist ideas. But incensed by the “liberal” and “Westernised” lifestyle of the students of the college, the grandfather pulled him out.

Maududi’s father soon renounced everything that had attracted him at the college and became extremely religious. When Maududi was born, he vowed not to give his son a Western education. So Maududi received his early education at home through private tutors. Maududi was then sent to the Oriental High School where the curriculum had been designed by famous Islamic scholar Shibli Nomani. At age 16, Maududi left school and, after his father’s demise, began his career as a journalist.

Even though he was associated with a newspaper owned by the JUI-Hind, Maududi did not exhibit any overt signs of religiosity. Binder writes that all the while Maududi was devouring books on Islamic law and history and also studying the works of European philosophers, but he hadn’t grown a beard till after 1932. Binder wrote that Maududi was also fond of wearing Western clothes.

Prof Irfan writes that Maududi enjoyed cinema, theatre and music. Vali Nasr, in his book Maududi and the Making of Islamic Revivalism, writes that Maududi’s wife, Mahmudah Begum, “was quite liberated.” She did not observe Purdah and rode a bicycle in public. In fact, according to Binder, in 1921, one of the first Arabic books that Maududi translated into Urdu was an Egyptian tome that was critical of the tradition of Purdah.

According to Binder, Maududi went through a sudden transformation after witnessing the mushrooming of nationalist sentiments in India’s Muslim community. As a consequence, he was dismayed by the manner in which Muslim modernists had downplayed the idea of jihad as mandatory armed struggle. He rejected their assertion that jihad meant an internalised and non-violent personal struggle.

In 1932, Maududi published his first major book, Towards Understanding Islam, and emerged as a theologian who slammed the interpretations of Islam’s sacred texts by Muslim modernists. He also managed to upset many ulema by claiming that they didn’t have the tact to impose the sharia in 20th century conditions.

Maududi continued to fall in and out with the Pakistani establishment till the 1970s. He was sentenced to death in 1954 and, in 1964, his party was banned. But his ideas became the foundation upon which a protest movement against the Z.A. Bhutto regime was launched in 1977.

Maududi supported the reactionary military coup against Bhutto and saw it as a vessel through which his ideas could gain currency in the country’s constitution. This did become a reality in the 1980s, but Maududi was not alive to see it; he passed away in 1979. Nor was he alive to see many of the same ideas mutate and become associated with the more violent and militant expressions of political Islam.