A huge regret in my late father’s life was that I never took the Civil Services Exam. Like most middle-class parents in Bihar, he had pinned high hopes on me. And for right reasons. Since I stood first in my school and district in the Matriculation Exam, he had reasons to believe I would sail through whatever tests I set my eyes to.

An IAS officer was not what he initially dreamed of for me. He had put me to Aligarh Muslim University (AMU) to become a doctor. But I changed my mind and sold him the IAS dream because I found myself utterly incapable of studying Science and becoming a doctor. Since my heart was not in it, there was no reason for trying to become even a quack. They say in Hindi: Neem Hakim Khatre Jaan 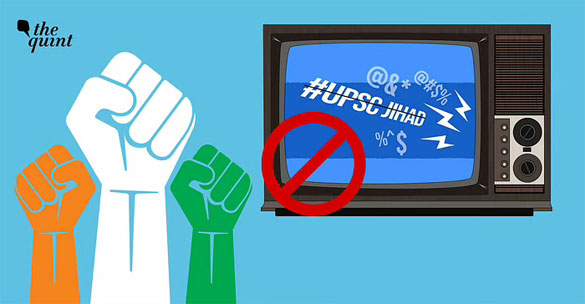 To my father’s great dismay, I changed the stream and graduated in Arts. He kept reminding me of my promise to crack the Civil Services Exam which Union Public Services Commission (UPSC) conducts every year.

Somewhere down the road I silently began nursing another dream: to become a journalist and writer. He was crestfallen the day he heard I had abandoned his dream and decided to follow my heart. He soaked his sorrows in tears at the death of his cherished dream. A high school teacher, he wanted to tell the world with pride that his son was an IAS. He never reconciled to my choice of living a “liberated” life of a journo because, to him, a District Magistrate (DM) was like a post-colonial raja. Having seen the exploitation of the feudal lords from close quarters, he believed, as an IAS officer, I would bring a change in the life of the dispossessed and depressed he had seen around him. He also saw in it a ticket, not fir me himself but fir me, to the charmed circle which enjoys endless privileges. He never forgave me for not taking a shot even once at the Civil Services Exam.

If such is the prestige civil servants carry in India’s hinterland, I am not surprised why so many brilliant minds burn the proverbial midnight lamps to crack the tough exam the UPSC holds every year. It is one exam you can swear on for its transparency. Interviews of umpteenth number of IAS, IFS and IPS officers testify that neither your name nor your socio-economic background matters. What matters is pure merit and a little bit of luck if you believe in that.

Which is why the terrible tweet of Suresh Chavhanke, the owner and editor-in-chief of Sudarshan channel, has shocked every Indian who believes in justice and fair play. From IPS Officers’ Association to individual serving and retired bureaucrats and senior cops, all are stumped by the brazen bigotry in that promo clip which promised to expose “infiltration” of Muslims in India’s elite services. The promo promised to expose what it called “UPSC Jihad” and “Jamia Jihad.”

Beside inciting others against a community, the promo for Chavhanke’s show “Bindas Bol” maligned the UPSC too as it questioned its honesty and fairness in selection process. The anchor whose anti-Muslim bias is fairly known to many of us in the media also targeted Jamia Millia Islamia University, Delhi, for training candidates who crack the Civil Services Exams.

Let Us Check Some Facts.

Jamia Resident Coaching Academy (RCA) in recent years has posted excellent performance. Just as Jamia is not exclusive to Muslims, RCA facility is for anyone who qualifies its entrance test. Out of 30 candidates who were selected from Jamia RCA in Civil Services Exam 2019, 16 are Muslims and 14 non-Muslims. So how is Jamia which ranked number 1 among all central universities in the ranking released by Ministry of Education recently, according to Chavhanke, waging a “jihad”?

If Chavhanke had cared to read or even google–the best tool of fly by night journalists to verify facts–he would have found that Jamia is celebrating its 100-birth anniversary this year. Mahatma Gandhi and Maulana Mahmud Hasan were among its founders. Did I mention Gandhi? Oh, many in the ideological Parivar Chavhanke belongs to are allergic to Gandhi. 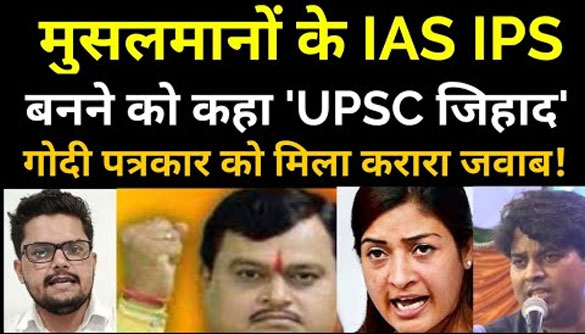 Even if the apostle of peace is being identified mostly with Swatchch Bharat Abhiyaan (cleanliness drive) by the current dispensation, the world is aware of Gandhi’s works. What is not so well-known is the sacrifices Maulana Mahmud Hasan, also called Shaikhul Hind because of his scholarship and able leadership, made for India’s freedom. Since no school textbook will tell you this, let me dig a bit in history. Apart from the many movements for freedom that Mahmud Hasan was part of, he, along with his five companions, were imprisoned at Malta, an archipelago in the central Mediterranean between Sicily and North African coast. Mahmud Hasan and his companions were arrested from Mecca where they had gone to do Haj but, in the pretext of performing Haj, they were caught involved in their anti-British activities. From Mecca, they were shifted to Jeddah.

Subsequently, they were taken to Egypt and from there to Malta.

Journalist and author Syed Ubaidur Rahman in his book “Ulema’s Role in India’s Freedom Movements” writes that Maulana Mahmud Hasan, Maulana Aziz Gul Peshawari, Maulana Hussain Ahmad Madani, Maulana Wahid Ahmad Madani and Hakim Nusrat were made to spend more than three years in inhuman conditions at an old fort on a hill in Malta. Since there was no case against Hakim Nusrat Hussain as he happened to be in Mecca for Haj and had joined his teacher Mahmud Hasan when they were arrested, the jail officials repeatedly offered to release Hakim sahab. “But on every occasion he refused, telling his captors that he would not leave the prison while his teacher was behind bars,” writes Rahman. Hakim Sahab fell ill and died in Malta.

Unlike some famous “patriots” who wrote mercy petitions to the British, these Maulvis and Maulanas little-known to larger Indian masses today, never compromised with the imperialists. When post-release, on June 8th, 1920 Mahmud Hasan and his companions reached Bombay aboard a ship, Mahatma Gandhi was among the thousands who had turned up to welcome the freedom fighters.

An ailing Mahmud Hasan joined Gandhiji to establish Jamia. Retired IAS and former VC of Jamia and Lt. Governor of Delhi, Najeeb Jung, told a YouTube channel the other day:” I can only laugh when I see these people maligning Jamia which was born out of freedom movement and has produced so many eminent leaders and professionals in the last 100 years.”

Senior Congress leader and former minister Salman Khurshid, in his book “Visible Muslim, Invisible Citizen” quotes Rabindranath Tagore who called Jamia “one of the most progressive educational institutions of India.” Khurshid also reports that Edibe, a visiting Turkish journalist, was so impressed that he is reported to have said that a person wishing to discover India had to first discover Jamia.

Brother Chavhanke, you certainly need to discover India first. And when you set out to discover this great country without prejudice in heart and malice in mind you will meet several characters who helped build India. I don’t know your literary interest but, let me give me you my unsolicited advice that you read Raskhan and Malik Mohammed Jaisi, Rahim, Kabir and Amir Khusrau. Dear Chavhanke, there is a lot more enlightening and intellectually stimulating stuff to read in our libraries beyond “The Bunch of Thoughts”.

As a Television journalist, you should take your camera to some of the darkest corners in the country and highlight the ever day struggle of fellow Indians. Nobody says that you should not report about ills that bedevil Muslims. As a “nationalist”, you will certainly like Muslims to remain in the mainstream. There cannot be a better way of joining the mainstream than becoming part of its bureaucracy. Don’t vilify fellow citizens. You will certainly not like Muslims to join the crime world. Currently the only place Muslims excel are prisons. Encourage them to excel in the Civil Services Exam.

Original Headline: What is Bindas about this Bol