No Matter How You Slice It, There Can Be No Peace in Afghanistan 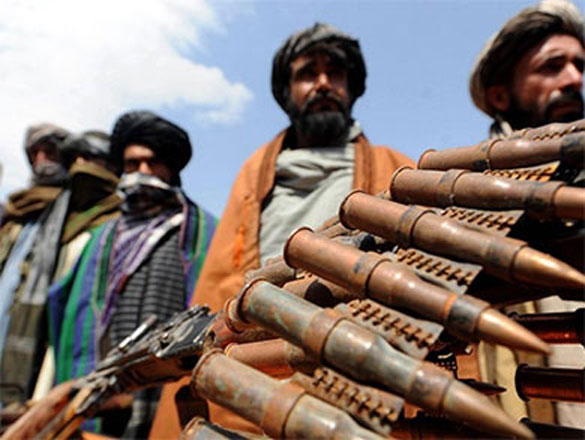 In recent years, attempts to launch peace talks with the Afghan Taliban have resulted in little more than false hopes and false starts. The ill-fated opening of a Taliban office in Qatar. A controversial prison exchange involving a US Prisoner of War (PoW) and five Taliban detainees in Guantanamo. Alleged secret talks initiated by then-Afghan President Hamid Karzai. Such efforts, while promising, ultimately all fell flat.

Then, last week, on the heels of a slew of informal meetings in China, Norway, and elsewhere earlier this year, Taliban representatives and Afghan government officials held what were described as their ‘first formal peace talks’ in Islamabad. The plan is to continue this dialogue next month. Despite the failures of the past, reactions this time around have been strikingly optimistic in many key capitals.

Pakistani officials, perhaps eager to emphasise that their influence over the Taliban can potentially pay big dividends, called the discussions “mature” and said they were conducted in an “extremely positive atmosphere”.

Similar gushing rhetoric has come from the Americans and Chinese, who sent government representatives to the meetings and are robust advocates for reconciliation.

A White House spokesman characterised them as an “important step” towards peace in Afghanistan. Meanwhile, China’s foreign ministry spokesperson said that the talks “would help promote” peace and reconciliation in Afghanistan.

These sentiments are easy to explain. Washington, desperate for some semblance of stability, knows that the war in Afghanistan cannot be won on the battlefield — and especially because most of its combat troops have now left the country. A political solution is therefore regarded as the best option.

Beijing, meanwhile, is increasingly concerned about the security of its assets and investments in Afghanistan. It also needs stability as it develops its new China-Pakistan Economic Corridor (CPEC). Additionally, it worries that, Uighur militants — which according to Beijing have been responsible for a number of recent violent attacks in China — are exploiting an unstable environment to carve out sanctuaries.

In effect, both America and China badly want peace in Afghanistan, and they appear willing to believe that the Islamabad meeting will be the first major step in that direction.

All of this gives the impression that the Islamabad talks could be the portent of something very big.

Unfortunately, however, such hopes may well be misplaced.

And that’s because there’s little reason to believe that the Taliban will deliver.

First, the organisation is notoriously fractured, particularly with its supreme leader—to whom the entire organisation has declared its allegiance — AWOL (absent without leave) for years. Moderate factions certainly support the idea of reconciliation with Kabul, but powerful hard-line elements do not. And the latter has the ability to undercut the former. Recall how, last year, a number of moderate Afghan Taliban figures were mysteriously gunned down in Pakistan while informally exploring peace possibilities.

Not surprisingly, several days after the Islamabad meeting, an article on the Taliban’s Voice of Jihad website claimed that the group’s leadership opposed the talks. Its reasoning was telling — and hinted at the limits of Pakistani influence over the Taliban.

According to a Reuters translation,

“The much-hailed talks…will be revealed as nothing more than Pakistan delivering a few individuals from the Islamic Emirate [Taliban] to speak in their personal capacity.”

The article contended that the talks were a mere ploy to trick Kabul.

Second, the Taliban has little incentive to step off the battlefield, given the gains it has made in the months since the international troop withdrawal. One might argue that such gains would give the Taliban leverage at the negotiating table and prompt it to demand major concessions — such as several high-level government positions. It appears unlikely, however, that Afghanistan would grant such a request — particularly given the staunch resistance of some key elements of the Afghan political class to peace negotiations with the Taliban (and particularly those overseen by Pakistan).

The wildcard, of course, is the ISIS terror group. It has made inroads into Afghanistan, with numerous ISIS-aligned militants now actively fighting the Taliban, particularly in Nargarhar province, where the group’s top leader was reportedly killed in a drone strike last weekend. In recent days, Afghan officials say that pro-ISIS militants in the province have set fire to the homes of Taliban militants and killed other Taliban fighters in ambushes.

So is ISIS scaring the Taliban off the battlefield and sending it scampering over to the peace table?

Not likely. The threat posed by ISIS to the Taliban is limited, not existential. And key Taliban commanders in the field have vociferously opposed the Taliban meeting in Islamabad.

So Why Did The Taliban Send Representatives To Islamabad?

Perhaps simply to test the waters and to see what the Afghan government had to say and what it might have to offer. The move was likely also meant to serve a public relations purpose for a group that often seeks to project a soft image, and to position itself as a more benign alternative to the Pakistani Taliban.

Let’s keep our expectations low. The best case scenario is that formal talks begin, but fail in the end. Or, even if they succeed, that hard-line factions of the Taliban most likely won’t accept a cease fire and will instead keep fighting. Even worse — especially in light of Mullah Omar’s continued absence — these rejectionist elements could renounce their ties to the Taliban and throw their support to ISIS.

No matter how you slice it, these are not feel-good scenarios. Not to rain on anyone’s parade, but all the high hopes of recent days could soon be dashed, and all the heady talk could well be silenced.

Michael Kugelman is the South Asia associate at the Woodrow Wilson International Center for Scholars in Washington, DC.